Lions build big lead, hold on to move to 6-0 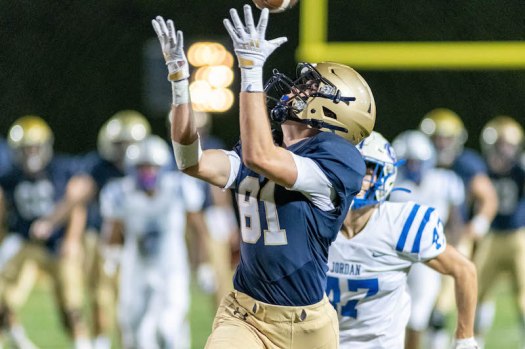 Briarwood receiver Jay Butler makes a catch during the Lions' win against Mortimer Jordan on Sept. 24. (For the Reporter/Neal Wagner) 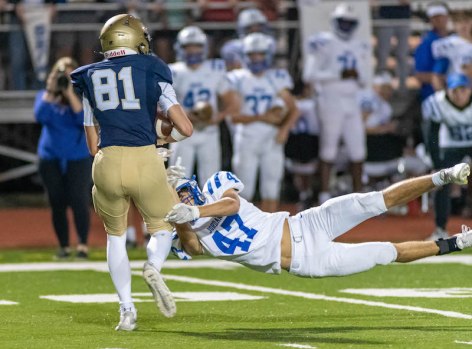 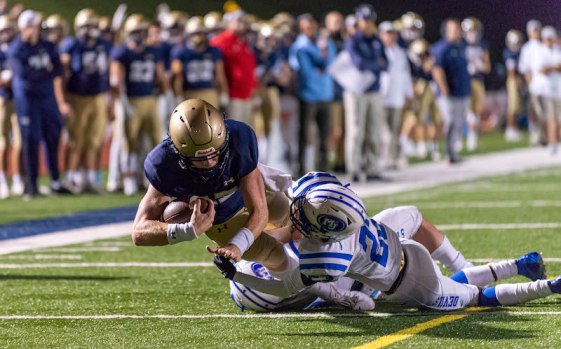 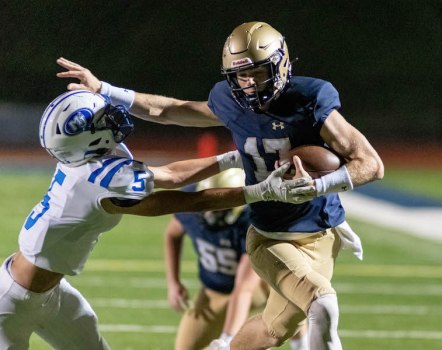 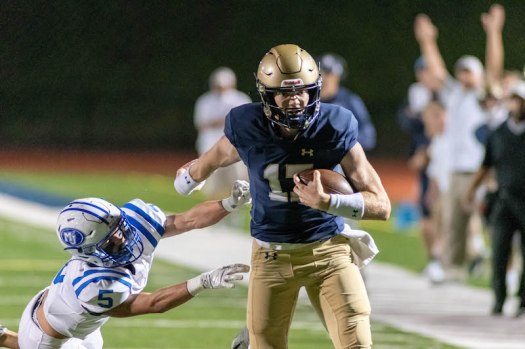 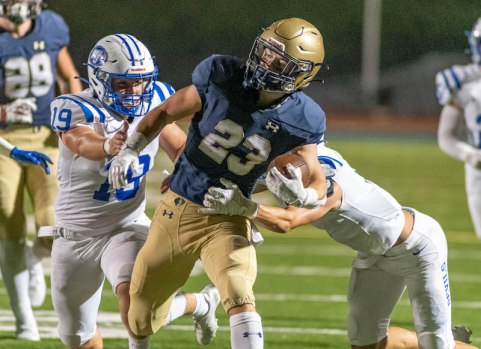 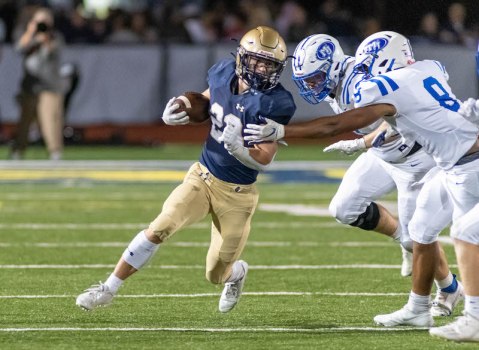 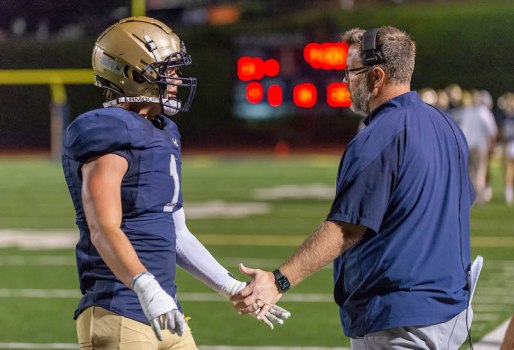 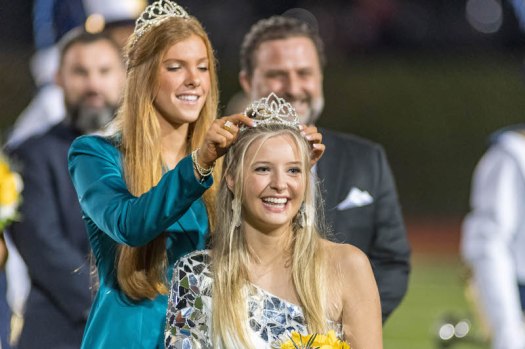 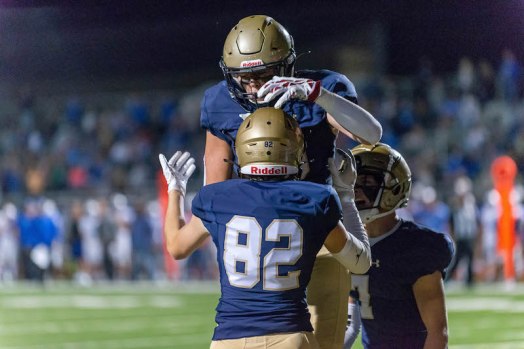 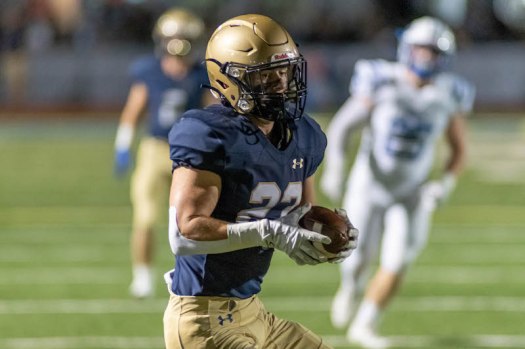 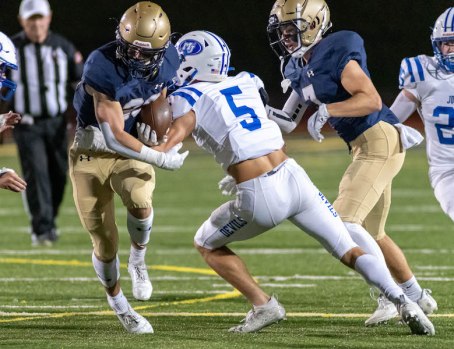 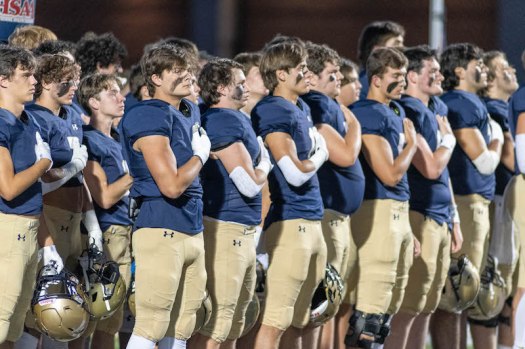 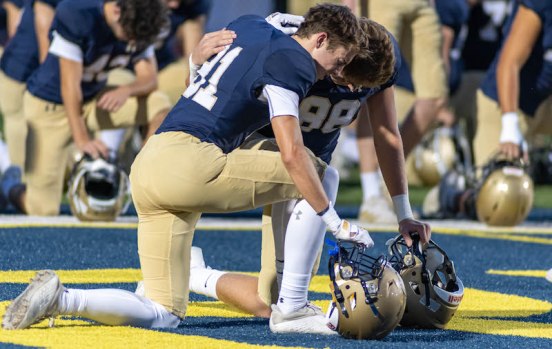 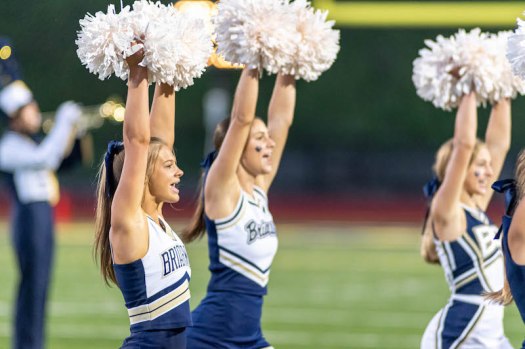 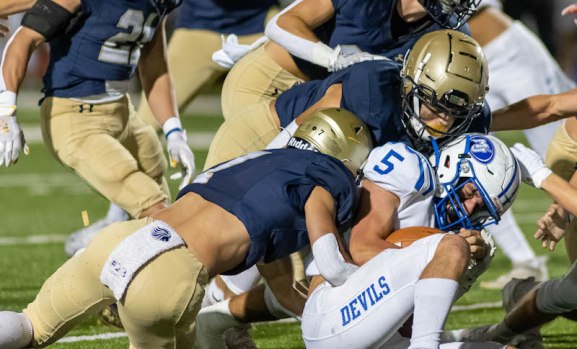 The Lions built a 21-0 lead with a dominant first half of play.

Christopher Vizzina scored firs, on a 31-yard touchdown run with 2:50 remaining in the opening quarter.

Then it was Luke Reebals with touchdown runs of 3 and 4 yards, both in the second quarter.

However, that is when the visitors then reeled off 16 consecutive points to pull to within one score of the lead at 24-16.

With the Lions in danger of an upset, they responded in a big way on crowd-pleasing play.

It came when Vizzina broke a couple of tackles in the backfield and launched a 69-yard touchdown pass to Jay Butler with 9:29 on the clock in the fourth quarter. The touchdown play saw Butler break two tackles after the catch, dragging a defender for several yeards before powering into the end zone for a 31-16 lead.

Briarwood closed out the scoring with a 13-yard touchdown run by Vizzina later in the final quarter, before Mortimer Jordan added one more touchdown to create the 16-point difference in the final score.

The Lions will now look to close out the regular season with three consecutive region games–hosting Shades Valley and Homewood and visiting Mountain Brook–and a Week 10 trip to Corner.