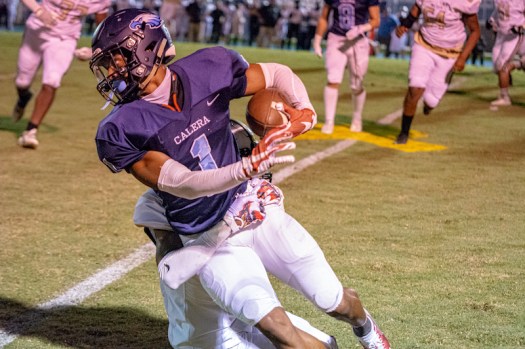 Calera's Kobe Prentice had four touchdowns in the Eagles' 56-21 win against Pell City to help them improve to 3-2 on the season. (For the Reporter/Markee Canada) 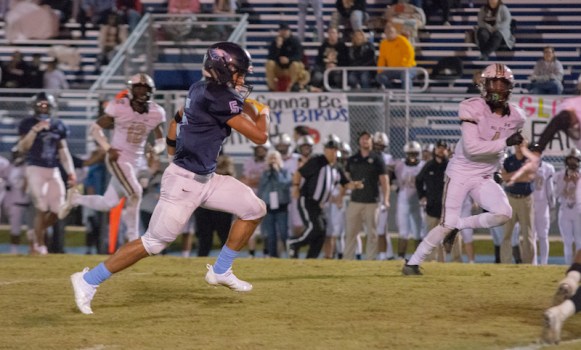 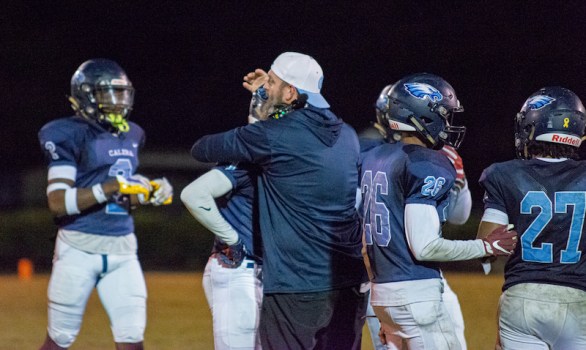 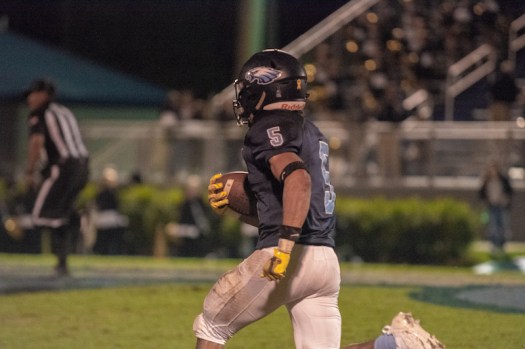 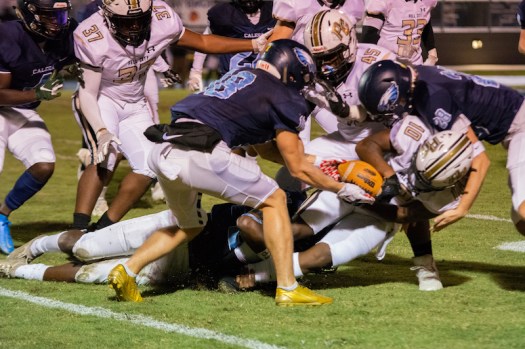 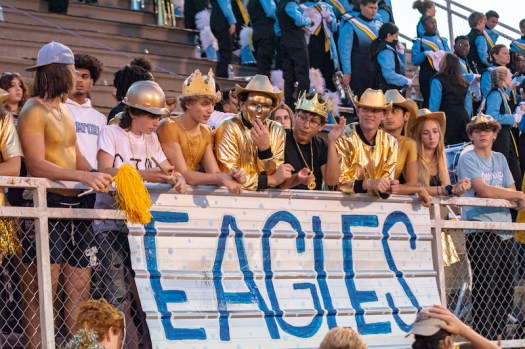 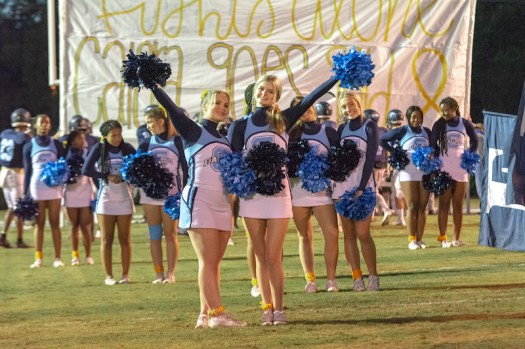 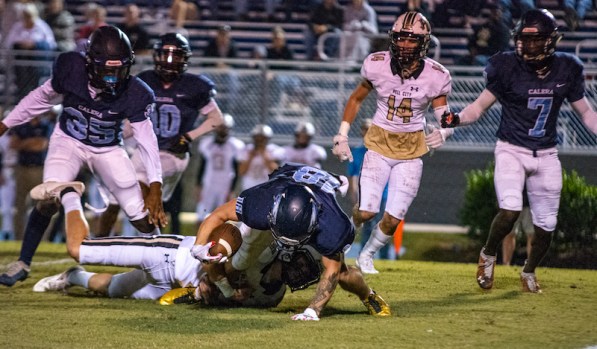 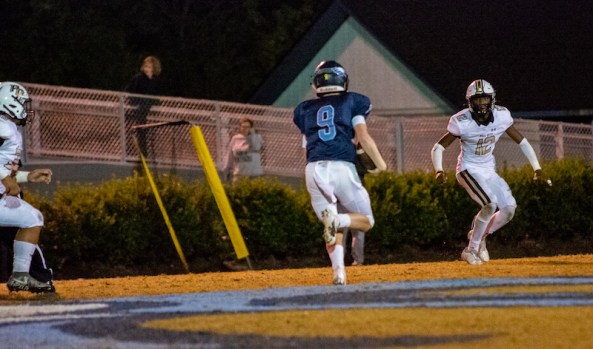 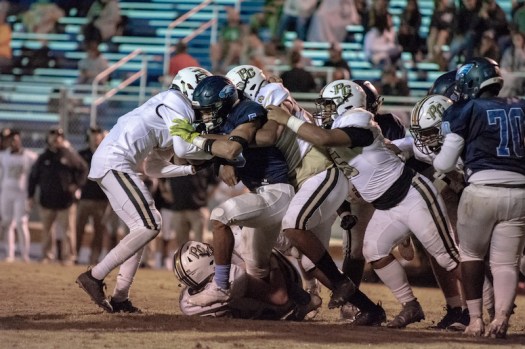 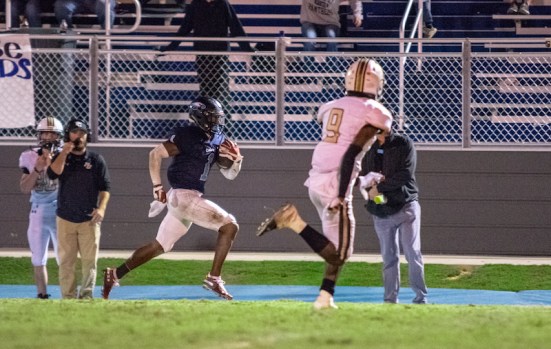 CALERA – Calera built some momentum for the second half of the season with a 56-21 win over Pell City on Friday, Sept. 24.

On the second play of the game, Preston Stokes passed to Braylyn Farrington for a 68-yard touchdown, and the Eagles were off and running–and would not slow down.

Pell City (1-4) answered back with its own touchdown in just two plays, but the tie was short-lived.

Stokes and Farrington connected again, this time for an 11-yard score with 8:01 remaining in the first quarter.

Then it was Michael Banks with an 86-yard pick-six with 3:49 to go in the first quarter. Still Calera wasn’t done in the opening frame, as Stokes passed to Kobe Prentice for a 56-yard score to make it 27-7.

Stokes and Prentice connected again in the second quarter for an 11-yard scoring play and 34-7 lead.

Pell City scored in the second quarter, but Andre Green returned the ensuing kickoff 68 yards for a touchdown to end any hopes the visitors may have had for a comeback.

Stokes and Prentice connected twice more for touchdown passes in the second half.
Stokes completed 12 passes in 15 attempts for 311 yards and six touchdowns, and added six rushes for 58 yards.

Prentice hauled in seven passes for 176 yards and four TDs.

It was an up-and-down first half of the season for the Eagles (3-2 overall, 1-1 in Class 6A, Region 3), but they have now won consecutive games for the first time of coach Jason Hamlin’s tenure, with a crucial stretch of four region games upcoming: at Stanhope Elmore, at Helena, home against Wetumpka and home against Benjamin Russell, before closing out the season with non-region foe Chelsea.