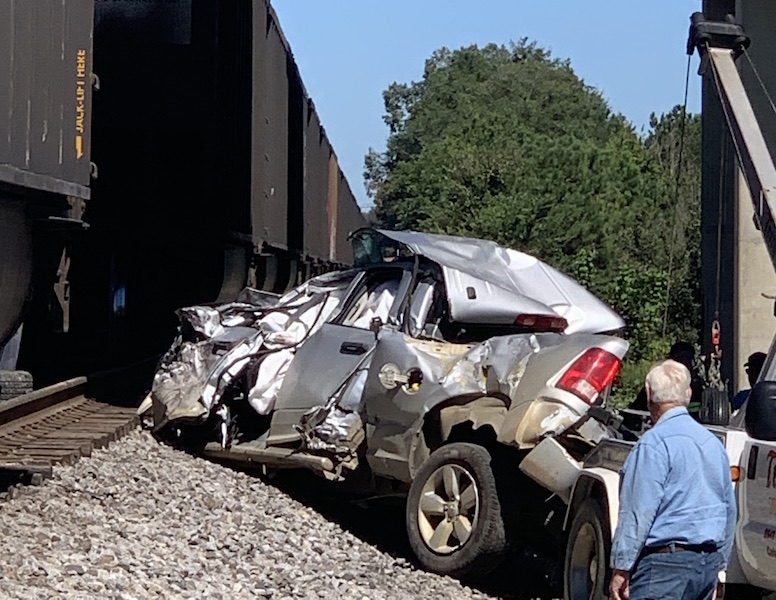 Authorities have confirmed one fatality in a single-vehicle crash involving a train in Calera on Friday, Sept. 24. (Reporter Photo/Keith McCoy)

CALERA – A single-vehicle incident involving a train under an interstate overpass in Calera has resulted in one fatality.

The crash occurred on the morning of Friday, Sept. 24 under the Interstate 65 bridge north of U.S. 31.

The railroad crossing on Shelby County 22 near Concord Baptist Church remains blocked as of 12 p.m. on Sept. 24, according to an updated post on the City of Calera Police Department’s Facebook page.

“The investigation involves multiple agencies, and it will be several hours before the train can be moved reopening Highway 22,” the post read. “We appreciate everyone’s prayers for the family and patience while we deal with this.”

Two Chelsea restaurants expected to open in next five…