CASA continues changing lives one child at a time 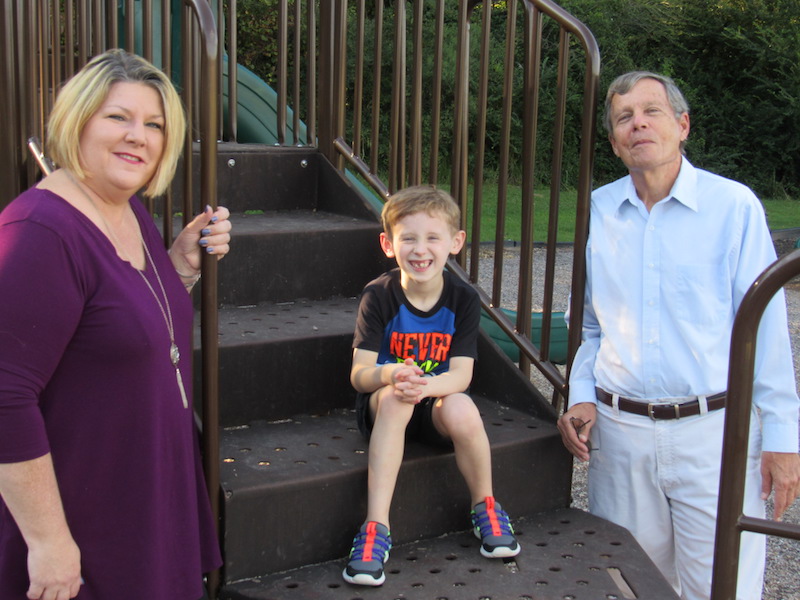 CASA volunteers are always needed to help make a difference in the lives of kids needing help. (Contributed)

While Lisa Ledbetter was a foster parent for 11 years, she didn’t know she would end up adopting four abused and neglected children, while also providing life-changing work for other such children and families by becoming a Court Appointed Special Advocate (CASA) Volunteer.

When Ledbetter’s 7-year-old foster son Kamden was involved in the court process, Judge Jim Kramer assigned a CASA Volunteer to his case. The CASA Volunteer was Larry Beaury, known by Kamden as “Mr. Larry.”

Beaury observed Kamden and his biological family and supervised visitation with them. He wrote court reports to the judge regarding Kamden’s well-being and his interactions with his family and other such important investigative tasks. According to Ledbetter, Beaury was meticulous in his work, was a positive role model for Kamden and truly cared for him.

“He helped change his life,” Ledbetter said. “Larry made such a difference in our case, not just for Kamden, but for me and the birth mother as well. He went above and beyond to do what he could to help him and to ensure that he had a safe and permanent home.”

Through the process, that safe and permanent home became Ledbetter’s, thanks to her adoption of Kamden. Ledbetter said that Kamden was once very sensitive and uncertain of his future. Because of CASA, “Mr. Larry’s” work and through adoption, he has found a sense of peace and permanency.”

Beaury, who became a CASA Volunteer upon his retirement, said humbly, “I am an advocate for children, and I want to do whatever I can for the benefit of the children we serve.”

He did admit that he was blown away when he once asked Kamden during a supervised visitation who he loved and he said, “I love my mother, and I love you.” That was all the proof he needed to know he had done a good job.

Inspired through her and Kamden’s positive experience and “Mr. Larry’s” work, Ledbetter applied to become a CASA Volunteer herself. She went through their five-week training course and is now a CASA Volunteer. Since that time, she has been assigned a case with an abused and neglected teenage boy. She reports that he has opened up to her and they have made a good connection. She feels she has earned his trust, and that is important in the life of a child that has been abused or neglected.

Ledbetter says she has found CASA to be extremely rewarding.

“It fulfills that deep need in me to serve children and families, and it has given me the outlet to do that. It has also given me a sense of community and pride a sense of accomplishment,” she said. “It feels good to know I’ve really helped make a difference in my little part of the world.”

Thanks to CASA, Ledbetter is now trained and equipped to help other abused and neglected children in the way “Mr. Larry” helped Kamden.

While Kamden’s court case is over and has had a happy ending, Mr. Larry still calls and checks on Kamden and his face lights up when I tell him he has, according to Kamden.

“I have seen cases closed and end on a happy note because of the work of CASA Volunteers,” Kramer said with gratitude for the volunteers. “They are an extra set of eyes and ears for me, and I would like to have one in every case I have.”

Sadly, there are not enough CASA Volunteers to serve the abused and neglected children in Shelby County. To find out how you can become a CASA Volunteer and make a difference in the life of a child like Kamden, please visit Casaofshelbycounty.org. You do not have to have a degree or be “qualified” to serve. CASA provides all the training you will need to serve abused and neglected children in the community.

CASA is funded in part by the Children’s Trust Fund and a Shelby County Community Grant.

They also raise money through fundraising events such as the one they will hold on Sunday, Oct. 24 in Columbiana when cooking celebrity Brenda Gannt will host a “Barbecue with Brenda” to benefit their program.

For more information on the Brenda Gantt event in Columbiana, visit Casaofshelbycounty.org/bbq/.