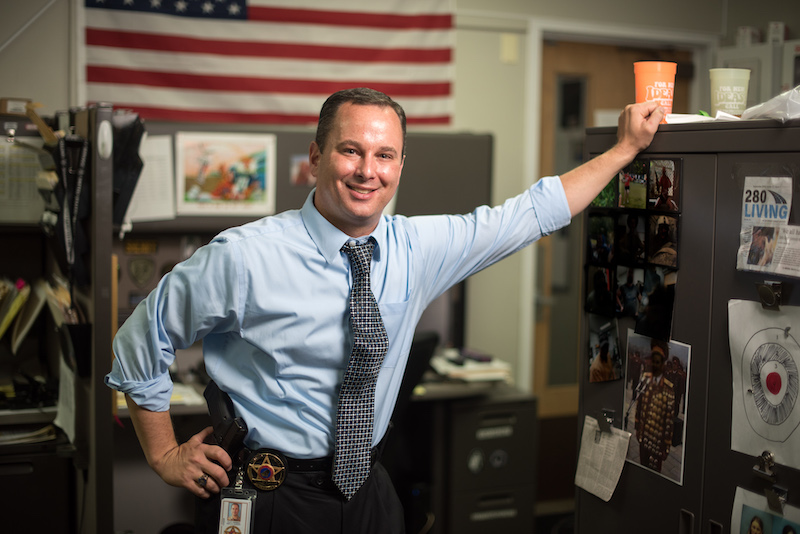 COLUMBIANA – Major Clay Hammac of the Shelby County Sheriff’s Office completed the culmination of his narcotics enforcement career when he graduated from the Drug Enforcement Administration’s Drug Unit Commander Academy (DUCA) on Sept. 24, 2021.

Hammac was joined by 17 other commanders from across the country who participated in the residential training at the DEA Training Academy.

Each year only one commander from each of the 23 DEA divisions across the nation is selected to attend. Hammac was selected from the four-state division that consists of Alabama, Louisiana,  Mississippi and Arkansas.

“I feel grateful and humbled to be included in the same category as some of the other men and women in my session, and I am most grateful to our local DEA Office for their support in nominating me for this honor,” Hammac said. “These men and women in narcotics enforcement are the ones who really deserve the recognition and I’m grateful to have the opportunity to serve alongside them.”

Hammac began his law enforcement career at the Shelby County Sheriff’s Office in 2004. He took command of the multi-jurisdictional Drug Enforcement Task Force in 2015.

In 2020 Hammac was promoted to Sheriff Samaniego’s executive command staff where he serves in a leadership oversight role of the Drug Enforcement Unit in addition to Patrol and Criminal Investigations.

This latest accomplishment adds to Hammac’s recent awards which include completion of the FBI National Academy, a lifesaving medal, two meritorious awards, the Sheriff’s Award, Officer of the Year, FOP state-wide Member of the Year and in 2018 was named one of the world’s Top 40 Under 40 Law Enforcement Leaders by the International Association of Chiefs of  Police, from a candidate pool of more than 36,000 nominations.