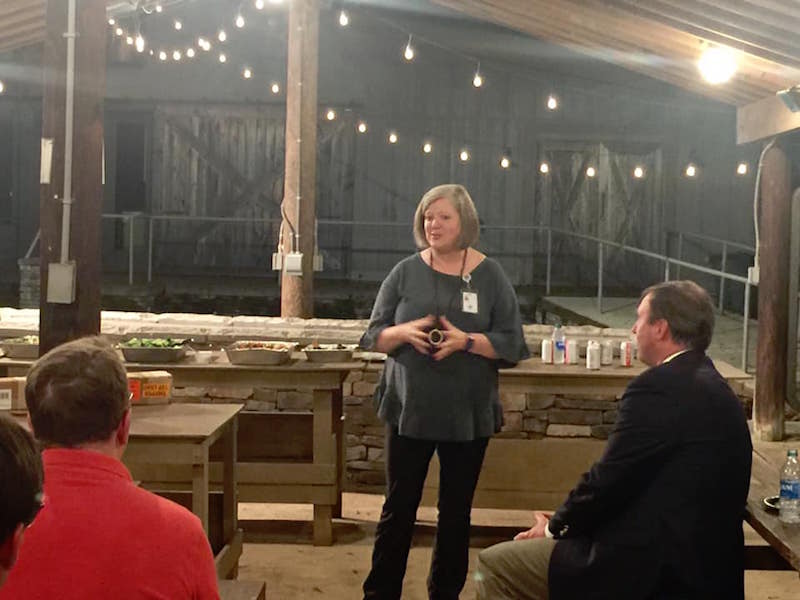 Oak Mountain Elementary School Principal Jan Curtis, who was named to the position in January, expressed her continued gratitude to the Shelby County community for the opportunity to serve.

“I just cannot say enough about the people that serve your children in this community every day,” Curtis said. “Our teachers are among the best you’ll find anywhere, and I have worked in a lot of different schools, but I’ve loved this place. I will never leave this area, and it has truly been an amazing start.”

In terms of education, Curtis said one of her biggest priorities currently is complying with the recently enacted Alabama Literacy Act, which requires all students to meet state reading standards before being permitted to advance to fourth grade.

“The goal is to make sure that children are reading proficiently, and they have to demonstrate that proficiency before they leave the third grade,” Curtis said. “And we’re dealing with that in our school buildings in order to make sure that we are offering every support to keep our children moving in that area.”

Curtis added that this focus on proficient reading would extend to all elementary grade levels.

“We have the youngest of children coming in the doors every day, and we are helping them, playing with them and nurturing them, but we as teachers have the great responsibility of making sure that they’re reading and that they’re problem-solving very well,” she said.

School improvements will also continue to be a priority within her administration, and Curtis said the school is continuing to make progress on a $300,000 playground-enhancement project.

The project is expected to be finished sometime soon as two-thirds of the construction is now complete.

“We’re really proud of that project, and probably the biggest blessing is to say children of all ability levels, so those that may have disabilities will have access to the equipment,” she said.

Much of the project aims at making the school’s playground more accessible to students with disabilities.

Curtis said other projects and events for students are also in the works, but that timing will most likely fluctuate due the ongoing COVID-19 pandemic.

However, some events she hopes to eventually return include “Principal for the Day,” and the school is currently looking at the possibility of hosting a “Bluebird Bash” festival in the spring, but no official announcement is planned at this time. 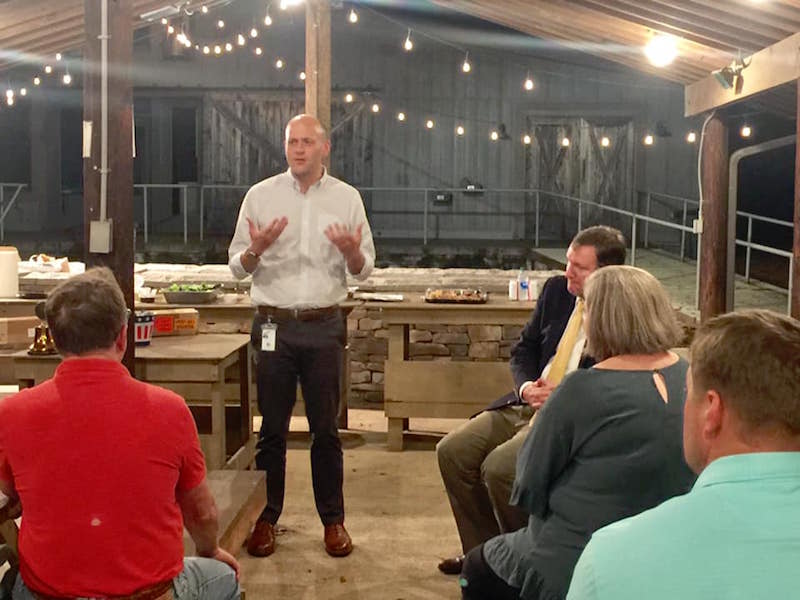 Newly appointed Oak Mountain High School Principal Andrew Gunn speaks to the club about his priorities this school year. (For the Reporter/William Marlow)

Gunn is returning to the school after nearly eight years. Gunn was appointed to the position in August, and similarly expressed his gratitude for the community’s ongoing support.

“Even after eight years, [the high school] is still an amazing place to work,” he said. “We also have an amazing group of kids to work with as well. They are eager to learn and are well-behaved. We have kids, for frankly a lack of better word, have been raised right, and that is a testament to this community.”

On the high-school level, priorities will be focused on addressing learning loss that occurred during the COVID-19 pandemic as Gunn said the school’s recent test scores have dipped following the reduction of in-person classes over the past year.

“We are starting to look at the testing data such as our ACT scores, and you can see a drop in the students that were not in school while the ACT scores of the students that were able to stay in school were right on par with where they’ve always been,” he said. “So, I think if COVID has taught us anything, it is the importance of a teacher in front of a group of children and the work that those people do.”

Gunn added Advanced Placement test scores and the school’s enrollment also have dropped, but that the school expects any negative effects associated with the pandemic to be only temporary.

In addition to the elementary school, Gunn said the high school is likely to see further school improvements as well in the coming months as a new performing arts center is currently in development.

“Our bands and choirs are the best in the state, and because they’re so successful, many kids want to be a part of that program, so we’ve outgrown those facilities,” he said.

According to Gun, the school will likely submit a construction bid to the Shelby County Board of Education before the end of the year, with design and layout plans currently under review.

Between athletics and the school’s musical groups, Gunn said those two extracurricular activities will encompass about 85 percent of the school’s student body.