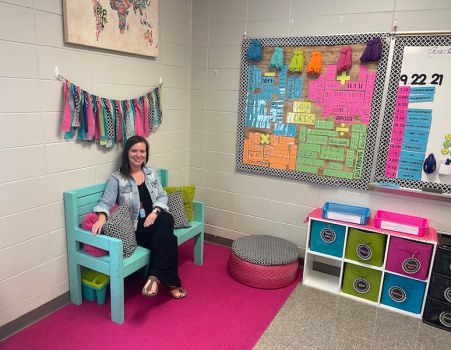 Alicia Smith, a fifth grade teacher at Oak Mountain Intermediate School, sits on a bench in her classroom, which won her a gift card in the Shelby County Schools Education Foundation’s classroom design contest. (Contributed Photos) 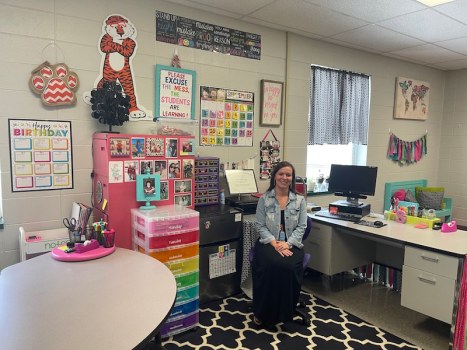 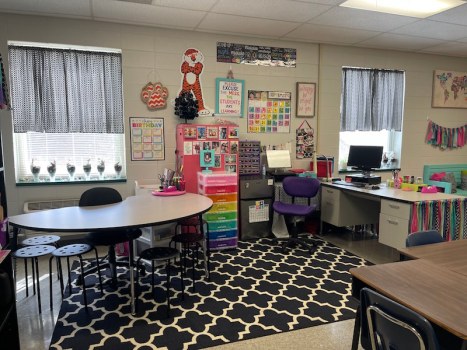 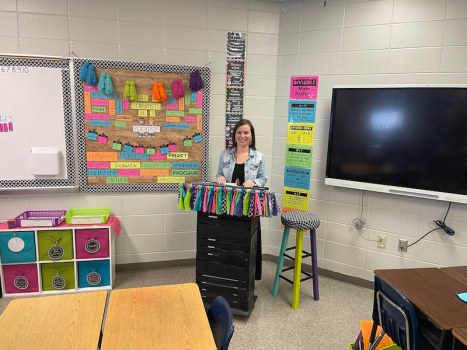 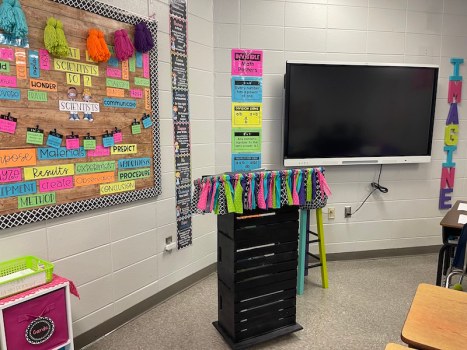 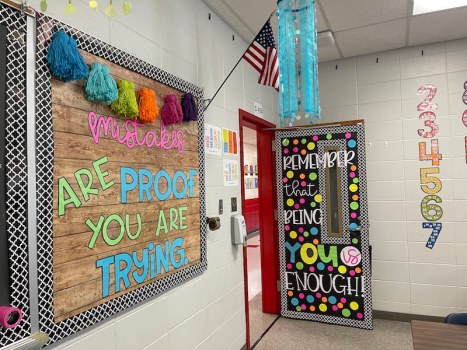 This year, however, Smith also received an unexpected reward for her design efforts.

Smith was one of 15 teachers in the Shelby County School District who participated in the online contest.

“Seeing all the other classrooms, I was like, ‘Wow, this is amazing,’” Smith said of winning. “I was very humbled but so super excited and thankful for all the support.”

Votes, or likes, on photos of each teacher’s classroom determined the winner.

“My principal got behind me and shared the social media post, and my friends and family got behind me,” Smith said. “Everybody did their part.”

Smith did her part over the summer as she planned her design, added new elements and arranged her room before students returned to school in August.

As in the past, Smith used black and white as her base colors and incorporated bright shades of blue, green, yellow, orange, pink and purple as accents.

“I spend a ton of my time in there, so I want to make sure I have bright colors and everything matches,” she said. “I just make it as colorful and inviting as I can.”

This year, she added a colorful tassel garland, a new stool cover and area rugs for more color and texture.

Smith credits her family with helping bring the vision for her classroom to life each year.

Her dad has built new pieces for her, including the podium, shelf and bench. Her husband handles much of the heavy lifting, and her daughter helps her organize her materials.

“It is definitely a family affair,” Smith said. “It’s all hands on deck.”

Smith said a co-worker encouraged her to participate in the contest, which SCSEF Executive Director Bethany Ivey said was not a completely new concept.

“It was done in 2015,” Ivey said. “When I started looking for ways to grow awareness of the Foundation and our social media presence, the contest was suggested to me by a co-worker. I felt like it was a fun way to showcase and celebrate the hard work teachers put in before their students step into their classrooms.”

Ivey said the Foundation plans to hold the contest annually.

As for Smith, winning the contest was a bonus during the busy first few weeks of school.

“It was definitely an extra little happy for sure,” she said.