Spain Park, Westminster perform well at Under the Lights meet 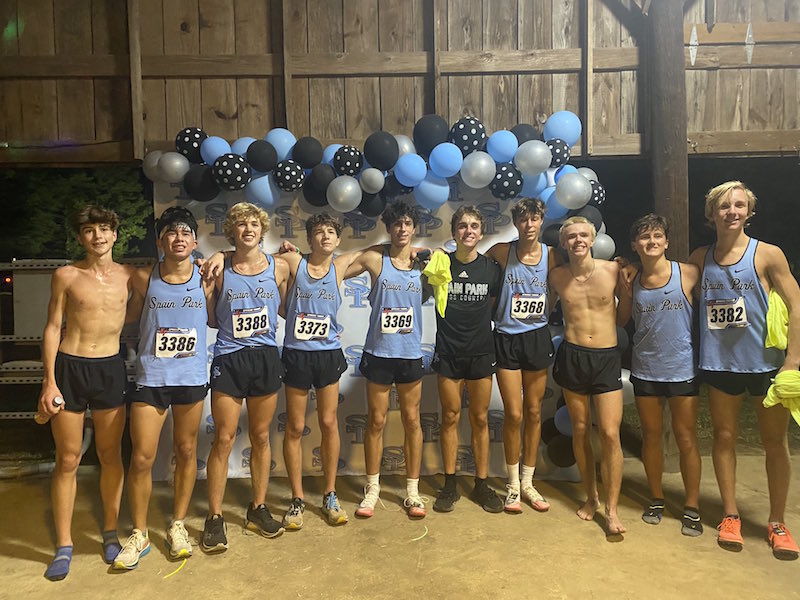 Spain Park’s boys cross country team won its own event on Saturday, Sept. 25 thanks in large part to Keith Warner winning the race to continue a strong season. (Contributed)

The Junior for the Jaguars entered the Spain Park Twilight Under the Lights Meet on his home course with three consecutive races ran in less than 15 minutes, setting a new personal record in each race this season.

With that, he had finished inside the top 10 in every event against some of the state’s best runners.

This time around, he ran his slowest race of the season at 16:32.81, but it was still more than enough for Warner to pick up his first win of the season.

The Spain Park star shined on his home course, beating out Hoover’s Charles Morris by 36 seconds for the top spot. Those two were the only ones to run the event in less than 17 minutes.

That became the difference in the final team standings for the boys race as well with Spain Park edging out Hoover by one point in the team standings.

Warner’s finish, along with eight finishers inside the top 20, helped the Jags claim their own championship.

Garrett Bishop and Webb Harper each finished inside the top 15 thanks to finishes of 11th and 13th, respectively. Bishop finished with a time of 17:41.52, while Webb finished five seconds behind his teammate.

Cage Kizzire (28th) and Hudson Campbell (37th) were the final two finishers for the Jaguars.

Westminster at Oak Mountain also competed in the race and took fifth in the team standings.

Holden Smith (45th) and Buddy McGowin (47th) both added finishes inside the top 50.

In the girls race, Spain Park finished second to Hoover in the team standings by just two points in another tight race.

The Jaguars, however, were able to take the top two spots in the individual standings.

Delaney Vickers and Savannah Hodgens both picked up their second top-five finishes of the season.

Vickers took the top spot in the race behind a time of 20:38.38, while Hodgens finished second for the second time this season just 11 seconds behind her teammate.

They ended up being two of four to finish inside the top 10 for Spain Park.

Westminster at Oak mountain was led by Courtney Callahan in 11th thanks to a time of 22:19.69, while the Knights got two more top-25 finishes.