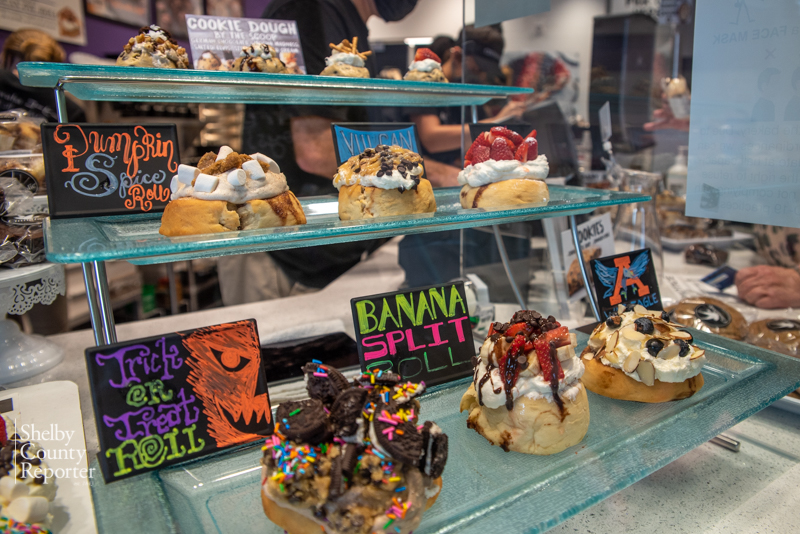 Cinnaholic Hoover will be among the company’s locations celebrating National Cinnamon Roll Day on Monday, Oct. 4 with buy-one-get-one-free rolls. (File)

HOOVER – One year after opening its doors, a local cinnamon roll bakery is preparing to offer its customers an extra-sweet deal.

Cinnaholic Hoover will join other participating locations in celebrating National Cinnamon Roll Day on Monday, Oct. 4 with buy-one-get-one-free rolls from 10 a.m. to 9 p.m.

The free roll deal will apply to any roll of equal or lesser value, on in-store purchases only.

In a previous interview, Rumore said Shannon Radke spent more than a year working on the recipe, noting the absence of ingredients such as dairy and eggs makes Cinnaholic’s cinnamon rolls and treats safe options for people with certain food allergies.

The Radkes’ creations caught viewers’ attention when they appeared on the popular ABC television show Shark Tank in 2014.