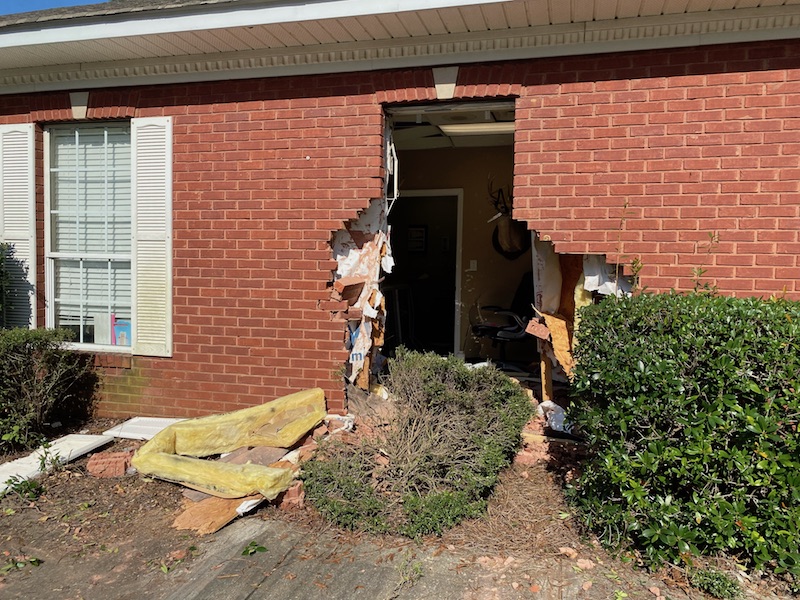 A car accidentally crashed into the dental office of Dr. Stacey DeFranco on the afternoon of Sept. 29. (Reporter Photo/Michelle Love)

HELENA ­– At approximately 2 p.m. on Sept. 29, a car drove into the dental office of Dr. Stacey DeFranco of Helena Family Dentistry in Helena.

The car crashed into the front of the building, causing extensive damage to the exterior wall and minor damage to the office inside.

“It was an elderly female who accidentally hit the accelerator and went through the front of the building,” said Helena Police Department’s Chief Brad Flynn.  “It entered the actual office of the dentist where he was sitting at his desk. The vehicle actually struck him, but he was not seriously injured. There were several patients in the waiting and treatment rooms, in addition to the staff, and we are very thankful that no one else was seriously hurt.”

The name of the driver has not been released, and the incident has been ruled an accident.