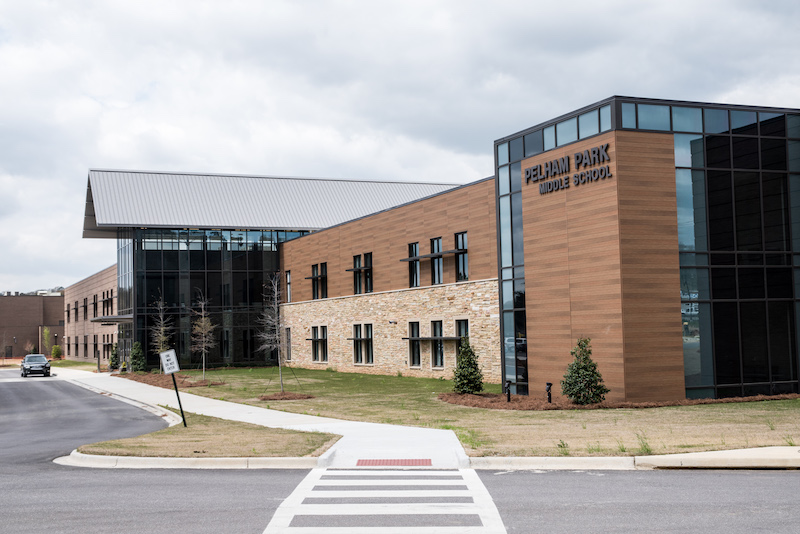 Pelham’s Board of Education approved their five-year plan and discussed possibly moving to masks optional if COVID-19 numbers continue to drop. (File)

PELHAM – Pelham City Schools Board of Education met on Monday, Sept. 27 to discuss orders of new business regarding the PCS five-year plan and updates regarding COVID-19.

Superintendent Dr. Scott Coefield brought up the approval of the five-year plan, which will be turned into the Alabama State Department of Education.

“When you approve this five-year plan, you are not approving a specific project,” Coefield explained to the Board. “You are approving that we do in fact have a five-year plan. The state wants to know that we’ve got a plan, that we’re looking to the future…it’s just long-term, could-happen scenarios. We have to put something for every year. You just try to think of anything that could possibly come up in the future and place it in the long-term plan.”

The five-year plan included ongoing interior renovations of the high school, adding new parking and an updated field for the middle school band/baseball team, and current status of plans that include railings/bathroom updates throughout the stadium.

The five-year plan was ultimately approved by the Board, and Coefield reminded them that all projects or issues that come up in the future will be individually voted on as they arise by Board members.

Coefield had some good news regarding COVID-19 numbers in PCS.

“Our cases were down,” he announced. “We had only 56 students who were in isolation, which is 1.7 percent, but only 13 positive cases, which dropped our percentage to 0.4 percent. We also look at community positivity rate, and that dropped as well. It was at 15.8 which is still very high, but it had been above 20 percent two weeks prior.”

Earlier in the school year, the Board announced they would monitor case numbers, and if numbers went below 0.5 percent, they would reevaluate COVID-19 safety mandates such as making masks optional as opposed to required. Coefield brought the discussion to the table, asking other members to express their concerns or reservations regarding any changes to safety mandates.

“It seems that we have had four weeks of cases consistently going down,” said Board member Robert Plummer. “It’s getting lower and lower each week, and hopefully if the trend continues, next Friday cases could be even lower. I feel like four weeks of consistent numbers says something.”

Coefield had reservations about changing safety precautions on the basis if case numbers were to rise again, having to switch back and forth between mitigation safety levels.

“There are some people saying, ‘Well, you’ve made it below 0.5 percent, why not just go there?’ Well, let’s say we move there, and then the next week we have seven or eight kids in one group get it, and that jacks your numbers back up,” said Coefield. “I know we’ve set these numbers, but they don’t have to be concrete. We are using these metrics as a guide, but we’re also looking at community positivity and absence numbers. We’re trying to use the best judgment that we can, but it does seem like we’re getting over the hump.”

The Board asked PCS Nurse Julie Stevenson her thoughts on moving to optional masks.

“The part that we don’t know is because we’ve always had the masks on, we don’t know what will happen if we take them off,” Stevenson said. “Nothing may happen, which would be a great thing, but if the numbers start going back up then we can kind of associate the masks as being helpful. Then at that point, as we’re moving forward, if we get to level two, and then we start seeing numbers going north again, then we would have to go back to where it was again.”

Coefield once again emphasized letting numbers drive the decisions about how to keep students safe, and to leave debates or personal opinions out of the discussion. Ultimately, Coefield and the rest of the Board decided on the plan to monitor numbers in the upcoming week before making a decision.

“If we have another really good week, if we have a second week where the numbers are continuously going down, I would be comfortable with moving to mitigation level 2 and making masks optional,” he said. “We still need to figure out how to handle contact tracing, but we do have choices.”

Pelham Homecoming set to be fun for everyone