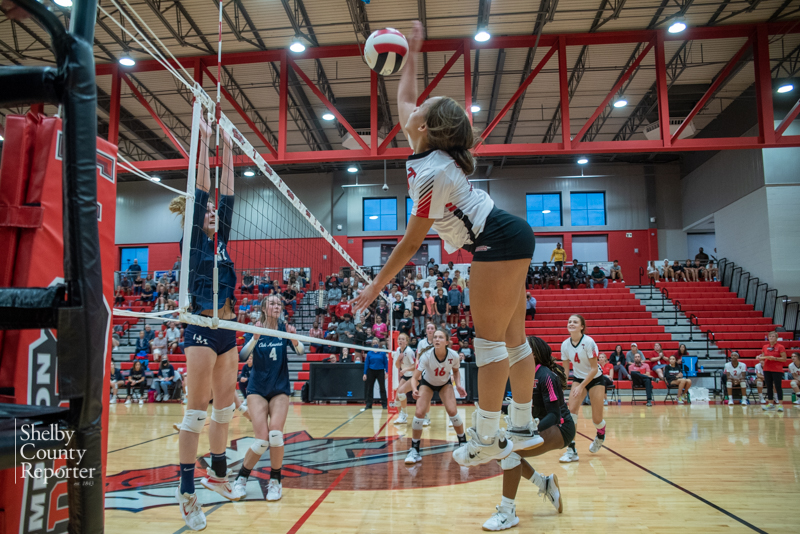 The Thompson Warriors celebrated senior night on Sept. 28 with a sweep of Tuscaloosa County. (File)

ALABASTER – The No. 1-ranked Thompson Warriors honored their seniors in a special way on Tuesday, Sept. 28 with an easy senior night sweep of the Tuscaloosa County Wildcats 25-9, 25-14, 25-18.

After the game, Judy Green took some time to talk about the senior class that’s been very special for her program at Thompson.

“It’s always fun to get a win on senior night,” she said. “These eight seniors have given so much to this program in so many ways. It’s a privilege to have coached them and watch them grow into the outstanding young women they are. They are complete student athletes who represent Thompson high school well.”

Thompson (17-5, 3-1) started out white hot and maintained it throughout the first set. The Warriors scored the first five points and seven of the first eight overall.

Senior Bri Wilson scored two kills in that stretch and five in the set to get her team out to a good start.

The Warriors took their game to yet another level as senior setter Madison Touhey entered the match in the second set. The offense was unstoppable as she set up Kaitlyn Grant, Caroline Canaday, Wilson and Southern time and again.

That allowed Thompson to jump out to a commanding 19-4 lead and cruise from there.

Thompson’s 8-0 streak in the middle of the set was particularly impressive as senior Jada White stepped to the service spot and laced two aces to key the run.

White finished with three of the Warriors’ seven aces on the evening. Green took notice and complimented her team’s defense as well.

“I thought we played well tonight especially from a serving and passing perspective,” she said. “Our blockers also worked really hard and got tons of touches which helps our backcourt defense tremendously.”

Tuscaloosa County made a good push in the third set getting as close as 17-16 late, but Wilson and her teammates seemed to have an answer every time.

Wilson added four more kills, giving her a game-high 12 for the night.