ALABASTER – On Saturday, Sept. 25, hundreds of people gathered to celebrate the inaugural Alabaster Jubilee, which marked a return of the city’s music scene after a nearly two-year absence due to the COVID-19 pandemic.

Live events have been a rarity over the past year, including in Alabaster where the town’s largest annual event, CityFest, has been in hiatus for two years due to the COVID-19 virus.

However, Alabaster City Councilman Jamie Cole said many residents have requested more community-based events even amid pandemic restrictions. As a compromise, city leaders opted for smaller venues this year as a way to ease back into live-events.

“We normally have CityFest in the summer, and we do a few other things throughout the year, but it’s been a couple of years since we’ve been able to do that for obvious reasons,” Cole said. “So, this was an event that we kind of saw an opportunity to shake the rust off and put on a live event again.”

With such anticipation for the return of live events, Cole said the city prepared for months, encompassing multiple departments ranging from parks and recreation, police and fire departments, as well as the public works office.

Health and safety were also large factors in the planning with the event closely adhering to the CDC’s COVID-19 guidelines.

“There has been so much uncertainty when you’re trying to plan so far in advance currently, and it almost seemed impossible to do at times, but we started to look toward the fall and thought that this is the time to see if we can pull this off,” Cole said.

Overall, Cole said the city’s hours of labor and planning were well worth the effort as residential turnout was high.

“We didn’t know what to expect because there were a lot of mitigating factors this time of year, but we still had a really good turnout, and this is something we would definitely like to continue in the future,” he said.

The event spanned a dozen musical artists as well as a host of other attractions, including vendors and food trucks.

The festival also featured local and regionally-recognized musicians throughout the afternoon and evening with performances across an array of genres and styles.

The main act was Black Jacket Symphony, which concluded the evening with a rendition of Tom Petty and the Heartbreakers’ “Damn the Torpedoes” album along with other Petty hits performed.

Going forward, Cole said the musical festival will likely expand into an annual tradition for the city.

“This really does have a great impact on the community. One of the things that I wanted to do when I was elected was increase funding for the arts in general in Alabaster,” he said.. “I’ve said from the very beginning that I want people to be able to do things in Alabaster that they would normally have to leave Alabaster for. So a new fall event like this is a good example of that.”

City Administrator Brian Binzer concurred and said that the city’s sponsorship of the event is part of a larger focus on supporting the arts as well as a way to promote community among citizens.

“It’s always been exciting for the city to host. We are a city of 33,000-plus residents, and we want to add something more to the mix for people and families to do,” Binzer said. “That’s why we work on our park system and we support the school system so well. This is just one more thing to add to the quality of life of our residents.”

Feedback from this year’s jubilee will help in the planning of other city events such as the return of CityFest, which is set for June 4, 2022. 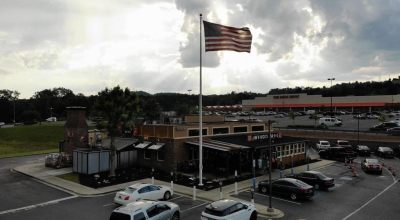 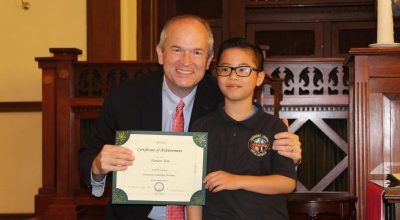