COLUMBIANA – Jeff West’s conviction in the case surrounding the death of his wife, Kat West, in January 2018 was affirmed on appeal by the Alabama Court of Criminal Appeals. 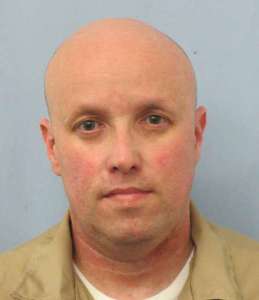 On Nov. 20, 2020, following a four-day trial, West was convicted of manslaughter for his wife’s death in Calera.

“The District Attorney’s Office presented evidence that West killed his wife on or about the night of January 12, 2018 by hitting her in the head with a liquor bottle,” the press release read. “Evidence showed that her body was left partially in the street until found by a neighbor in the early morning hours of January 13, 2018. About the time the victim’s body was discovered, West was witnessed pacing inside his home with an open front door while the outside temperature was well below freezing.”

In February 2021, several months after the trial, Shelby County Circuit Court Judge William H. Bostick III sentenced West to 16 years in prison for his conviction of manslaughter, a Class B felony.

Class B felonies carry a range of punishment from two to 20 years in prison.

The Criminal Appeals Division of Alabama Attorney General Steve Marshall’s office successfully defended the conviction on appeal, according to the release.

The Court of Criminal Appeals released a memorandum affirming the conviction on Oct. 1.

“We’re grateful for the hard work of the Alabama Attorney General’s Office in this case,” Lee wrote in the release. “Their advocacy for the people of Alabama is why we have this opinion.”