UPDATE: SC pipeline segments shut down due to petroleum sheen on Buck Creek 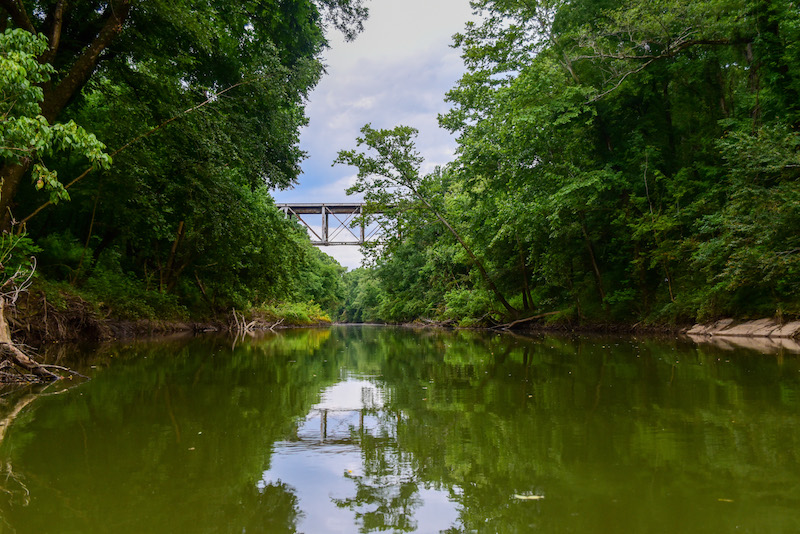 A petroleum sheen was spotted on the surface of Buck Creek, causing nearby pipeline segments to be shut down until the source can be located. (File)

Melissa D. Ruiz, the director of corporate communications for energy infrastructure corporation Kinder Morgan, said Products (SE) Pipe Line Corporation acted immediately to get to the root of the issue.

“Following procedure and as a precaution, the company shut down its nearby pipeline segments, and mobilized its spill response coordinators to initiate cleanup activities,” the statement said.

The company is investigating whether its nearby pipeline segments are the source of the sheen, and emergency responders have secured the area.

Local emergency responders have also “deployed adsorbent booms, and air monitoring has been conducted,” according to the release.

There are no injuries or fire from this event. The company has notified regulatory agencies, and will continue to work with the city of Pelham and other agencies as needed on this response.

On Oct. 1, the following update regarding the investigation was released:

“At approximately 2:45 p.m. ET today, Products (SE) Pipe Line Corporation confirmed that the petroleum sheen at Buck Creek in Shelby County, Alabama originated from one of its nearby pipeline segments. The impacted pipeline segment remains shut down, the site is secured and cleanup activities continue. The company is working on repair and restart plans and continues to coordinate with local, state and federal agencies on the response.  The cause and quantity of the release are still under investigation.”