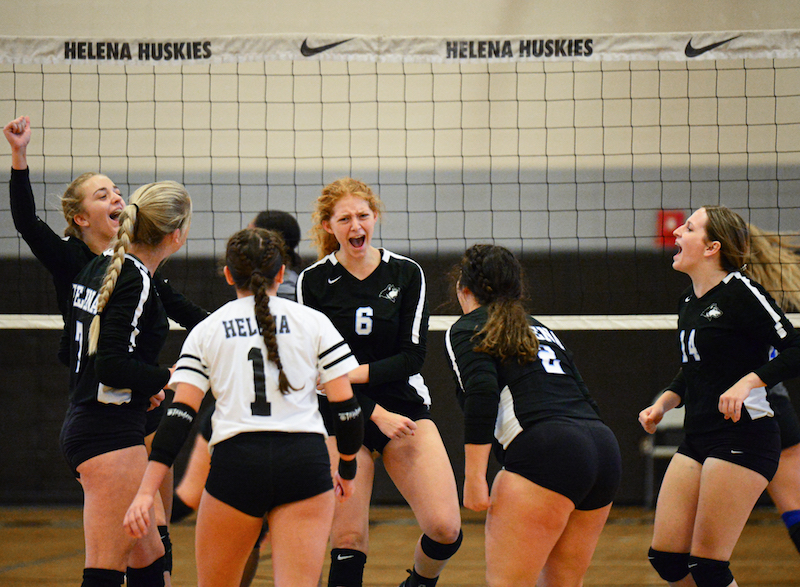 The Helena Huskies beat Hillcrest-Tuscaloosa and McAdory both in third-set tiebreakers on Tuesday, Oct. 5. (File)

HELENA – The Helena Huskies are gaining momentum at the right time late in the 2021 volleyball season thanks to a recent win streak that made its way to three matches in a row on Tuesday, Oct. 5.

Coming off an area win against Calera, the Huskies picked up two more clutch wins in a row on Tuesday, taking down both McAdory and Hillcrest-Tuscaloosa in thrilling finishes.

Helena was forced into a tiebreaker in both matches, winning the first set and losing the second set in each. The Huskies, however, bounced back in the third set of both matches to pick up wins and sweep the tri-match.

Struggling through growing pains of a young team this year, the Huskies continued to fight through those pains in both wins.

Taking on Hillcrest, the Huskies came out strong in the opening set, not letting the Patriots gain any traction.

Hillcrest, however, bounced back quickly in the second set. The Patriots were able to take a close contest and pull away over the final few points for a 25-22 win that forced a third-set tiebreaker.

But it was the Huskies who were able to rebound this time. After dropping the second set, they found a way to claw out important points and pull away for a 15-8 win.

It was almost an identical situation for the Huskies against McAdory.

The opening set, however, was more tightly contested. Helena was able to eventually close the set out for a 25-20 win, which gave the team a crucial start.

It became necessary after the Huskies dropped the second set in their worst loss of the night by a final score of 25-14. That allowed the Yellow Jackets to even the match at 1-1 and force another third-set tiebreaker.

However, Helena yet again found a way to completely refocus and steal the momentum back early in the tiebreaker. They went on to win the third set by the same 15-8 score to complete the 2-1 victory.

In the McAdory win, Helena was led by Dockery again with four kills and three aces, while Graydon added four kills as well. Beyond that, Presley Lively had 11 digs, while Pugh had five blocks.