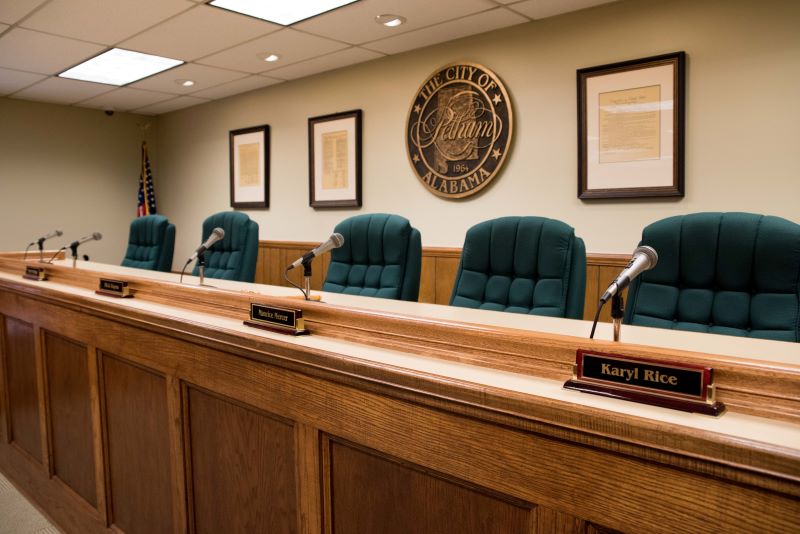 PELHAM – At the Pelham City Council meeting on Monday, Oct. 4, the council was presented with a proposal for an annual stipend check to city employees from Tracy Hill, the senior human resources leader for the city of Pelham.

The payment would be in the form of a $1,200 “in lieu of” check, and would be paid to city employees who chose to opt out of the city’s health insurance plan.

City Manager Gretchen DiFante opened the floor by saying the plan has been under discussion with the City of Pelham Benefits Committee for quite some time now.

“The benefits committee, one of the things we have been talking about for a really long time is doing an ‘in lieu of’ payment for people who are not on or don’t choose to be on the city’s health insurance,” DiFante explained to the Council. “It’s something that many of us have had in local government jobs and in private sector jobs. In reviewing this with our employee board, we’ve decided to propose beginning in January 2022 an annual $1,200 in lieu of check for employees who do not take advantage of the city’s health insurance.”

Hill then took over the proposal and explained employees would have specific requirements for qualifying for the stipend.

“So, if I’m an employee and I’m already covered under other insurance plans that comply with the Affordable Care Ac,t and I’m also participating in the city’s health and dental plan, I would have the option of declining our coverage, and in return I would receive a stipend,” Hill continued.

Hill said the city currently has six employees who have opted to decline coverage from the city.

Councilmember David Coram said he was most definitely in favor of the proposal, and said it was “a no-brainer.” Councilmember Rick Wash concurred that he felt it was a “great” idea.

Councilmember Larry Palmer questioned whether the employee would be covered down the road even after retirement.

“Yes, they can opt out now and come back in at a later time when there is open enrollment,” Hill responded. “If they enroll in the coverage when they near retirement if they want to and they stay on it for one full year, then they can continue that coverage after retirement.”

Council President Maurice Mercer said he felt the city’s savings would give it the opportunity to reinvest in city employees with other possible benefits down the line.

“I’m excited for this,” he said. “It gives us the opportunity to help all employees by making this change, and it seems to be a win-win for everybody.”

The proposal is scheduled to be voted on at the next City Council meeting, which is scheduled for Monday, Nov. 1.