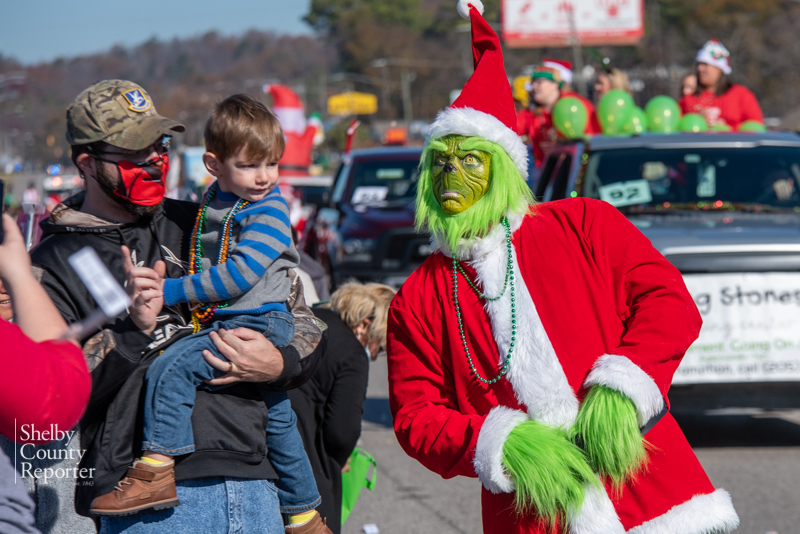 ALABASTER – Preparations for the holiday season are underway in Alabaster as registration for the city’s annual Christmas parade is available now through Oct 22.

In light of the trying times from the COVID-19 pandemic, the city of Alabaster is planning on bringing some holiday cheer to those most in need this year with the town’s annual Christmas festivities serving as a primary avenue for the generosity.

This year’s parade theme of “A Beary Special Christmas” in particular has special meaning, as the city will set up drop-off boxes at multiple locations to collect donations of teddy bears, which will be gifted to children in need throughout the upcoming holiday season.

“The city is excited to continue this longstanding tradition and kick off the holiday season while helping area children in need,” city of Alabaster Public Relations Manager Neal Wagner said. “The city has partnered with Shelby Emergency Assistance to distribute all donated teddy bears to area children who may not otherwise receive a gift this Christmas.”

The parade will be held on Saturday, Dec. 4, with the celebration beginning at Ernest McCarty Ford at 10 a.m. and traveling south on U.S. 31 before turning onto First Street North and ending at the Southbrook Village shopping center.

Applications are now available for members of the public interested in joining the parade, with applications to be reviewed by the city during the next month.

Parade entry applications are being accepted through Oct. 22 at Cityofalabaster.com, via email at sallen@cityofalabaster.com or in-person at the Parks and Recreation Office at 200 Depot St. weekdays between 8 a.m. and 5 p.m.

Spectators and parade participants should expect a large public turnout during this year’s parade, Wagner said.

“We’re expecting a great turnout of both spectators and entries in this year’s parade,” he said.

Teddy bear drop-off boxes will be made during the day of the parade and in the days following the festivities at the following locations:

For residents that would like to donate Teddy Bears to help children in need this holiday season, citizens are advised to review page 3 of the Registration Information document for drop-off details, located on the city’s website.

Expanding the footprint: A preview of Shelby County’s new…