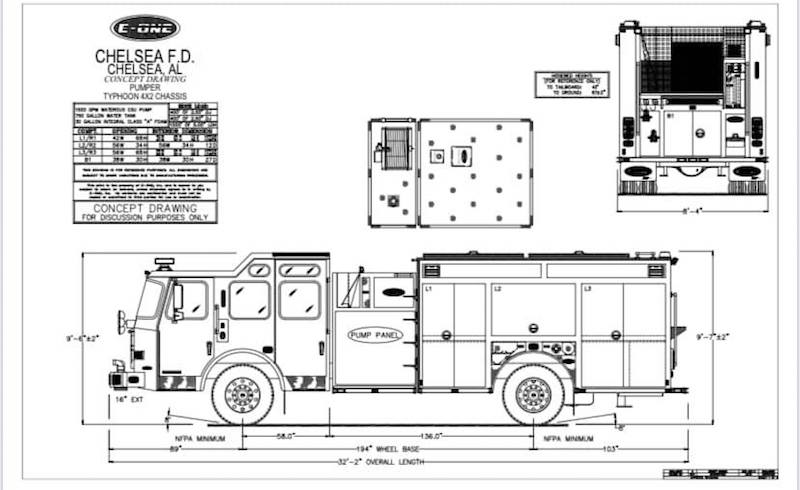 On Tuesday, Oct. 5, the Chelsea City Council voted in favor of authorizing the mayor to execute financial agreements necessary for the purchase of the fire trucks, which are included in the city’s 2021-2022 budget.

“They are very much needed,” Chelsea Fire Chief Joe Lee said. “We formed a committee, and we discussed long and hard how to be good stewards of the money that you and the citizens of this city allow us to spend. We spent a lot of time going over what we need, what was necessary and that there would be no wasted money, to provide the best emergency service that we can to this city.”

The purchase of the new E-One fire engines will allow the fire department to replace all current front-line engines, have a surplus of reserve apparatuses for maintenance issues and prepare to expand at any point in the future.

“These apparatuses were specifically designed for our city with E-31 being extra special,” read a post on Chelsea Fire and Rescue’s Facebook page. “E-31 serves citywide as a specialized company with the latest in extrication equipment, struts for stabilization, airbags for lifting (and) rope for high-angle and low-angle rescues.”

In addition, a new rescue unit was approved using money from the American Rescue Plan, legislation aimed at providing COVID-19 relief to Americans. The new rescue unit will allow both rescues at stations 31 and 33 to have the most modern, up-to-date rescue units available.

“I want you to rest assured that we did our due diligence,” Lee said to the council. “We are proud and thankful that y’all allowed us to spend this money.”

In other business, the council approved another wave of Nick Grant funds for local schools.

The following is a list of Nick Grant fund amounts each school is receiving: