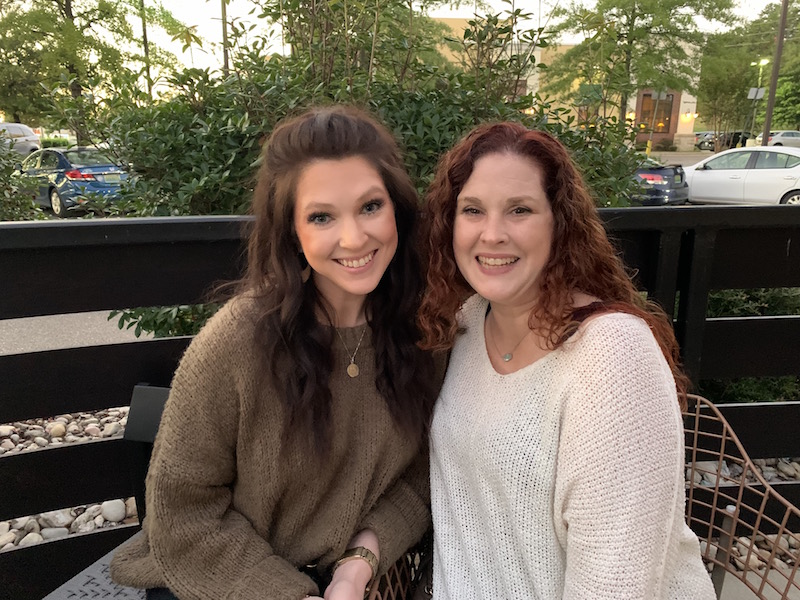 Kayla Guillot and Leah Kee have started a true crime podcast that has grown a following across the country and nationally. (Contributed)

Did you know the first murder trial in America happened in the year 1800? Two Shelby County women, Kayla Guillot and Leah Kee knew, and they have built a true crime podcast around that fact that has recently gained some notoriety.

Guillot, a self-described true crime junkie, spent quite a bit of time over the years thinking about starting her own podcast and what it would look like.

She often bounced ideas off her coworker, Kee, who although not a podcast fan herself or a true crime fan, shared a love of history with Guillot.

Both women also share a love of the Broadway hit Hamilton, which is where the final inspiration for their new podcast “One Nation Under Crime” came from.

“I was listening to the soundtrack one day when the lyrics from the song ‘Non-Stop’ kind of made me stop in my tracks,” Guillot said.

In the song, Alexander Hamilton mentions the making of history as the first murder trial in the United States gets underway.”

That fact inspired her to begin researching the history of crime in our nation, and what she found was not only the progression of actual murder cases from that point on, but how our justice system evolved out of those cases.

“It was the perfect theme for a podcast,” Guillot said. “Cover the history one crime per year, starting with the first case in 1800.”

As she began to work out the format of what a podcast with that theme would sound like, she continued to bounce ideas off of her friend Kee. It wasn’t long before further inspiration hit.

What if Guillot did the research and laid out the often shocking stories to an innocent, unsuspecting partner each week on the podcast to see what the reaction would be? True Crime adverse Kee turned out to be that perfect partner.

After months of research, Guillot and her sidekick Kee launched their first three episodes in late May.

Since then, they have covered more than 20 crimes year-by-year during each week’s show.

Their show tagline, “Sometimes there isn’t always liberty and justice for all,” speaks to the fact that not every case they have covered is as cut and dry as history makes it out to be.

The duo records two shows a week, but releases just one a week. While Guillot does the research and marketing, Kee said jokingly that she brings the reactions and snacks to each recording.

The result has been a podcast that is a fun to listen to as it is historically educational.

When asked how they sustain the show when the crimes reach present day, Guillot said her plan is to eventually begin to cover more than one crime a year.

This is encouraging, because they are already growing quite the listenership, not only in the U.S., but internationally as well.

“They seem to really like us in Scotland,” Guillot said with a smile.

You can find “One Nation Under Crime” anywhere that podcasts are offered as well as follow their Instagram page by the same name for more information.