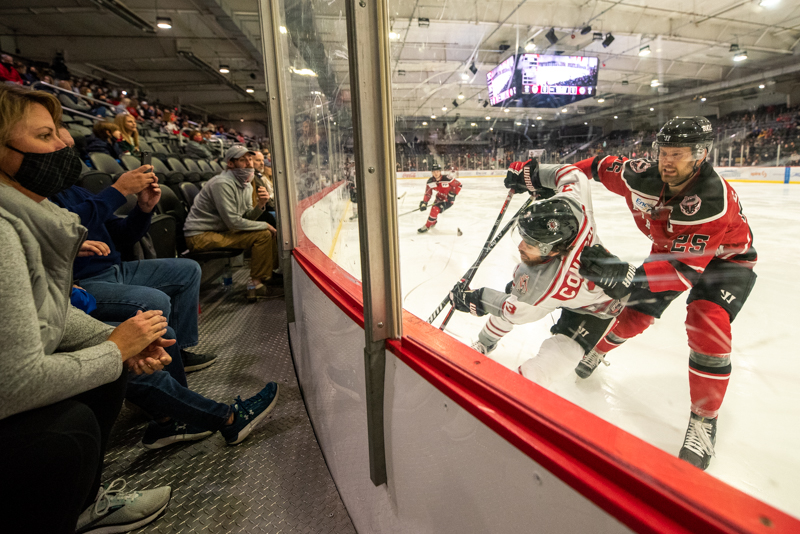 The stage is set for another season of Birmingham Bulls hockey in Shelby County.

Entering their fifth year as a revived franchise in the Southern Professional Hockey League, the Bulls are coming off two difficult seasons in a row with COVID-19 cutting the 2019-2020 season short and last year not featuring the normal full season.

Following their 2018-2019 season run to a second-place finish in the regular season and a deep run to the final series of the playoffs, the Bulls finished ninth out of 10 teams two seasons ago with 40 points (17-24-5) and finished fifth out of five teams last season with 31 points (12-23-7).

But now, Birmingham enters a more hopeful 2021-2022 season that will be more normalized. The season, which will begin on the road with an Oct. 15 matchup against the Huntsville Havoc and an Oct. 16 matchup against the Pensacola Ice Flyers, will feature 11 teams in the league and a full-slate of games compared to two shortened seasons in a row.

The Bulls will get 28 home games and 28 road games this season, with the first home game at the Pelham Civic Complex taking place on Friday, Oct. 22 against the Knoxville Ice Bears at 7:30 p.m.

The home slate will also feature its share of promotions to draw in bigger crowds, including a blackout on opening night with 3,000 T-shirts given out, zombie night on Oct. 30, a teddy bear toss on Dec. 3, an ugly sweater night on Dec. 17, several thirsty Thursday games and many other interactive and fan-friendly nights.

Led by former captain, Craig Simchuk, Birmingham is hoping to have a bounce-back season on the ice as well.

It is a team that will look completely different in doing so with new faces throughout the roster.

Mike Davis, who totaled 21 points with 13 goals and eight assists in 41 games played last season, will be one of the key leaders on this year’s team from an offensive standpoint.

CJ Hayes and Russ Jordan will also return to the roster this year as experienced forwards hoping to make a splash.

Alexander Taulien, who has had a lengthy career, will also return to the Bulls this season as a player with experience.

They’ll also be hoping for rookie Houston Wilson to step up this season, while Yianni Liarakos, Carson Rose and Joseph Denvy bring high ceilings with potential for big seasons on the ice.

Birmingham, however, will need its biggest improvements on the defensive side.

That has led to changes on the training camp roster for the 2021-2022 season.

Sam Williams will be the most experienced defenseman this season and one of the only returnees.

Beyond him, Davide Asselin, Rickie Pinkowski, Egor Kostiukov, Brody Duncan and Kyle Gonzalez all provide upside, but have a lot to prove as new faces this season.

On the training camp roster, Hayden Stewart and Zane Steeves were listed as the team’s two goalies with Stewart the returnee from last year’s team. Stewart had the highest goals against average in the league last season at 3.27, but he also faced the second most shots.

Teams put 607 shots on goal against the Bulls last season, but Stewart was able to post a 0.903 save percentage despite that. Defense will be key in helping take pressure off him this season.

For more information or to purchase tickets for the upcoming season, visit Bullsohockey.net.