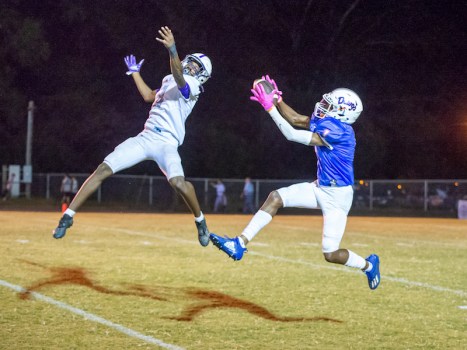 The Montevallo Bulldogs picked up a dominant 54-6 win against Holt on Oct. 15 to improve to 6-2 overall this season. (For the Reporter/Larry Dancy) 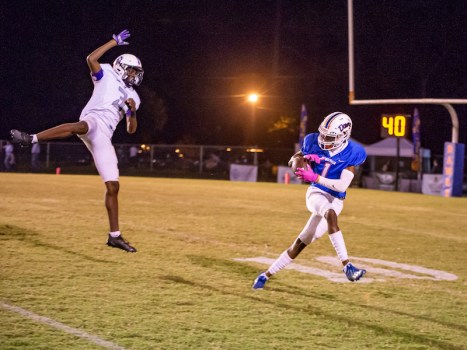 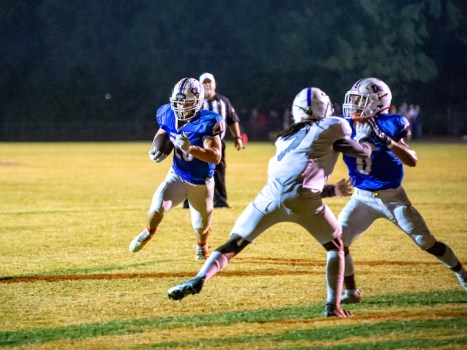 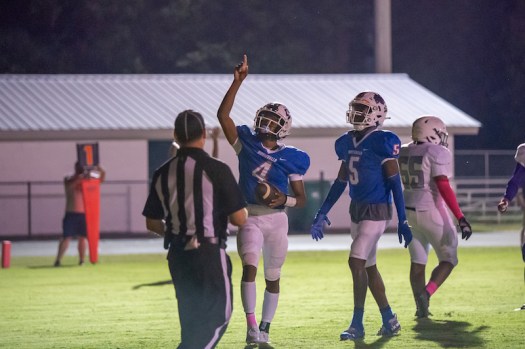 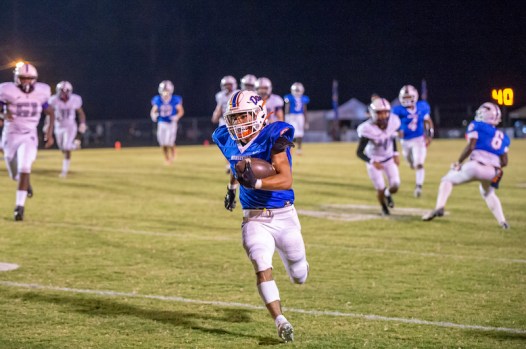 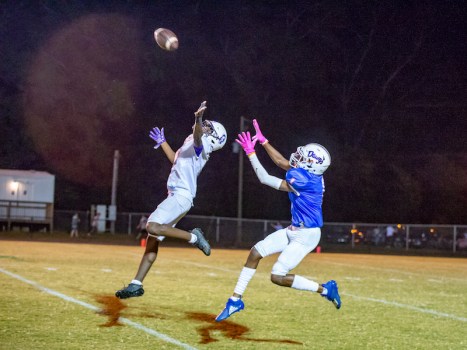 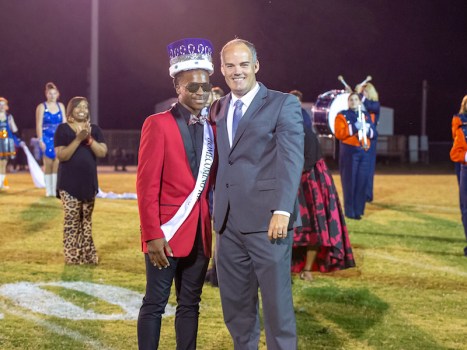 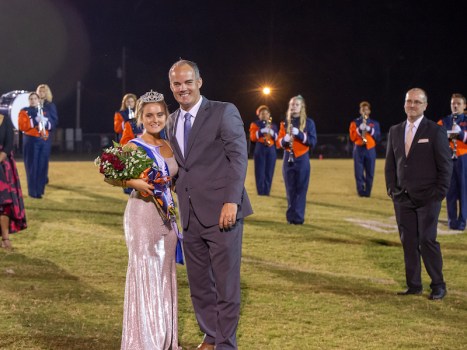 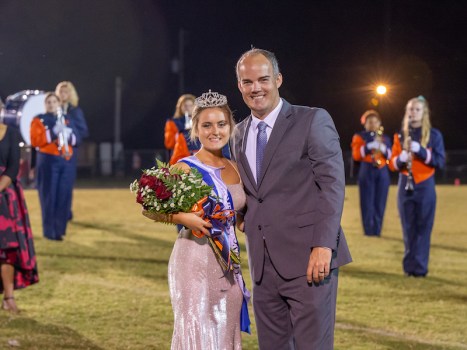 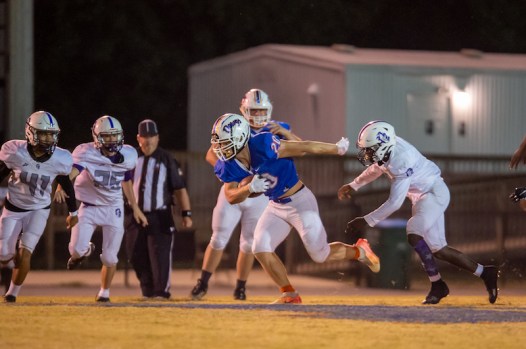 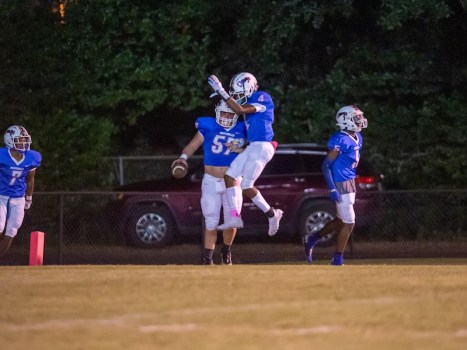 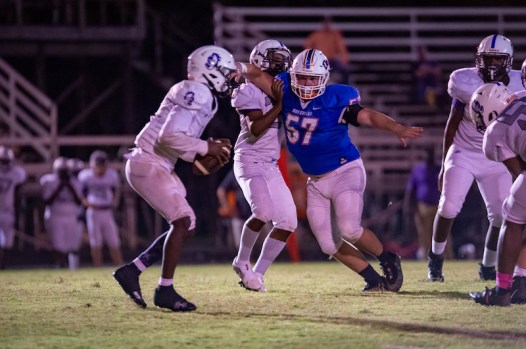 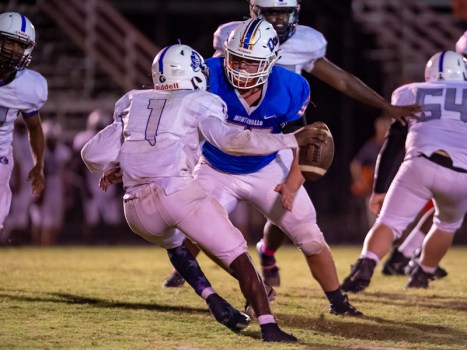 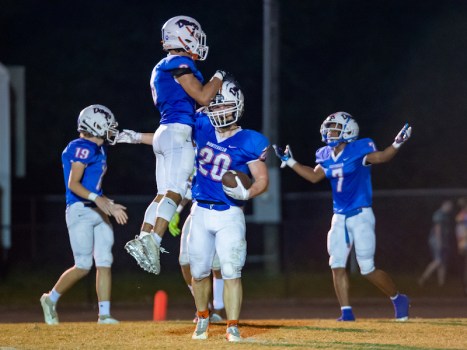 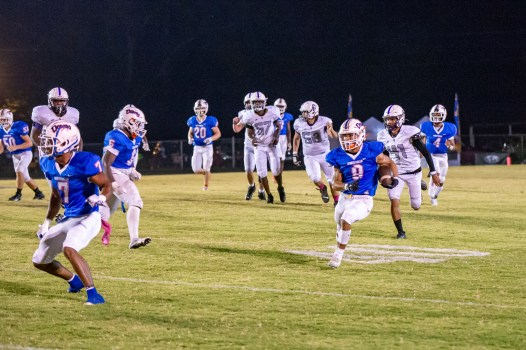 MONTEVALLO – The Montevallo Bulldogs took a 54-7 win against the Holt Ironmen on Friday, Oct. 15 to celebrate homecoming night with their fourth win in a row.

“I thought we played one of our better games of the year,” head coach Blake Boren said after the win. “Really proud of all of our kids. We seem to be getting better right now which for us is important at this point in the year, and we like where we are at.  Thought our kids played really hard tonight.  They had a really difficult offense to prepare for, they are one of the few teams in high school that really try to throw the ball so we were tested in a way from the backend that maybe you don’t get every week.  I thought our kids held up really well in the secondary.”

Montevallo wasted no time to prove that homecoming was not a distraction, only taking 10 seconds to get on the scoreboard. MHS’s Joseph Anderson took the hand off 60 yards on the first play from scrimmage for an early advantage.

Holt struggled to answer on the following offensive possession but snagged an interception from MHS to gain some slight momentum.

That momentum, however, was short lived after a failed fourth down attempt turned into a 52-yard scoop and score for Cole Dennis, advancing the Bulldogs’ lead to 12-0.

The ground game proved successful for the Bulldogs, as they kept carving the Holt defense into pieces

Montevallo used that to its advantage and capped off the team’s next drive with a 6-yard rushing touchdown.

Another three-and-out from the Holt offense put Montevallo in punt return formation. MHS’s Kamron Goins took the punt down to the Holt 13-yard line for a big return. The Bulldogs ended the drive with a 13-yard touchdown to go up 26-0.

Holt suffered yet another three-and-out at the hands of the Montevallo defense, and the Bulldogs continued their offensive consistency on the following possession.

It only took a few plays for the Bulldogs to score on a 46-yard bomb to Jaydien Rutledge.

The Ironmen continued to struggle offensively, coming up short on a long drive against the Bulldogs’ defense.

MHS capitalized with a nine-play drive capped off by a 6-yard touchdown run by Anderson. Holt continued to try different looks against the feisty Montevallo defense but could not find a touchdown.

The Bulldogs came back with a special team’s touchdown after Goins took the ensuing Holt punt 40 yards to the end zone, making a 54-0 lead.

Despite the wide margin Holt, continued its pursuit of a touchdown late in the game with a continuously running clock. The Ironmen finally connected on a 74-yard touchdown pass from Jordan Driver to Kamari Patton for their lone score of the evening.

The Bulldogs put up 334 total yards of offense with 83 passing yards, 251 rushing yards and six total touchdowns. Montevallo was led by running back Joseph Anderson who scored two touchdowns on 11 carries and totaled 168 yards.

“He’s a great player, you know the best thing about Joseph is he plays hard every Friday night and we have a lot of kids who do that,” Boren said. “The great thing about tonight is that its homecoming, we had a lot of great people in the stands and a lot of old classes returning. I think our team really represented what we want Montevallo football to be and I think we did a great job showcasing where we are at now for our supporters and Joseph is definitely a big part of that.”

Kial Cottingham finished with 83 passing yards and one touchdown for the Bulldogs, while Montevallo’s kicker Ben Locks went 6-of-8 on PATs.

Jamion Prentice led the defense with nine tackles, while Dennis had two sacks alongside his scoop and score.

The Bulldogs will face Dallas County in next week’s match up, with kick off set for Friday, October 22 at 7:00 pm at Dallas County.