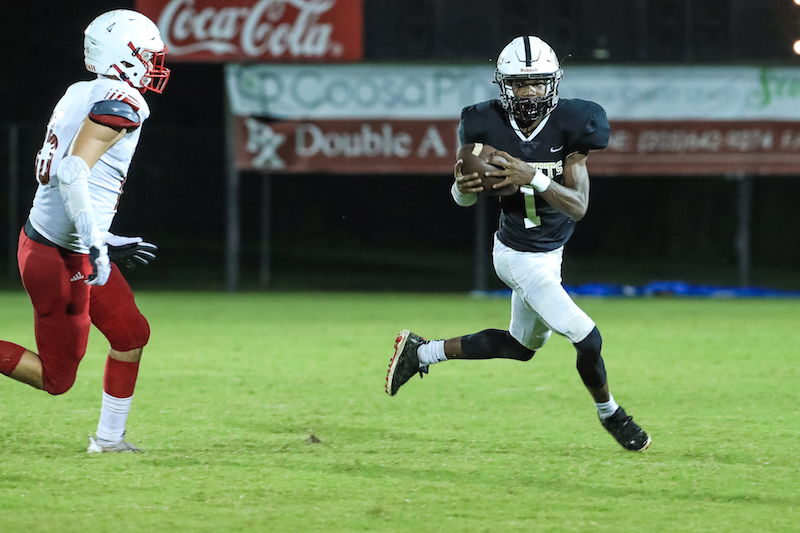 SYLACAUGA – The Vincent Yellow Jackets were able to take another early lead, but the offense couldn’t find a rhythm after that on Friday night, Oct. 15, as the Yellow Jackets fell on the road to B.B. Comer.

The two teams traded scores in the first three minutes of the game with B.B. Comer getting six points on the board and Vincent posting a touchdown and a two-point conversion for an 8-6 lead.

The Tigers responded with another six points three minutes later, but the Jackets remained within striking distance going into the second quarter down four points.

That changed quickly, however, as B.B. Comer scored three more times in the second quarter to take a 33-8 lead into the half.

Vincent (5-3, 3-3) never could get anything going offensively, as the Tigers came out and put up 10 more second-half points to pick up the 43-8 win.

The loss sets up a big final week of region play for the Jackets next Friday against LaFayette.

If Ranburne wins and Vincent loses, Vincent misses out on the playoffs. Should both teams win, that would set up a three-way tie for the final two spots in the region standings.

If Vincent wins and Ranburne loses, the Yellow Jackets would not only get into the playoffs, they would shoot up to the No. 3 seed. Last year, in a similar situation, the Jackets lost 39-19 in the region finale, but will be hoping for a better outcome this time around.

It’s safe to say, a lot will be on the line when the Jackets host LaFayette next week.