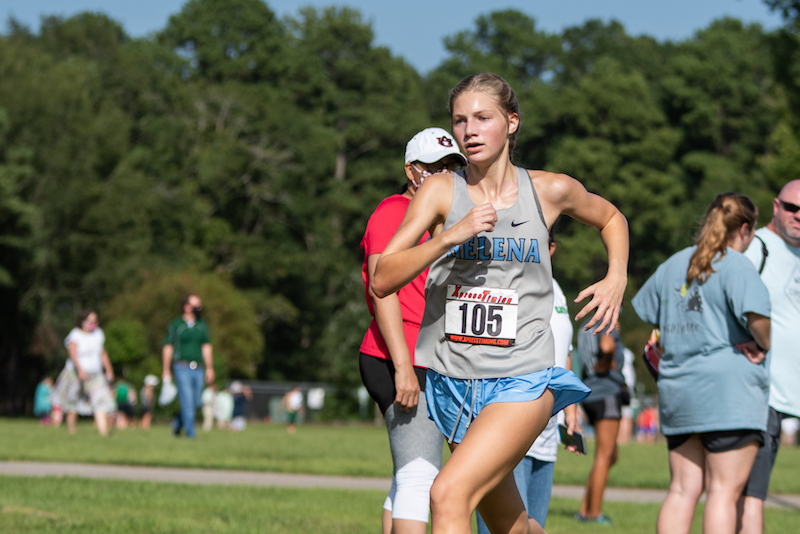 The Helena Huskies were led by several runners at the 2021 Hewitt-Trussville Husky Challenge, as Mallor Barton and several others performed well. (File)

TRUSSVILLE – Several teams competed at the 2021 Husky Challenge on Saturday, Oct. 16 at Hewitt-Trussville High School, and each had their share of highlights.

Helena, Indian Springs and Pelham were three of those teams, and all three had finishers inside the top 20 of either the boys or girls race, while the Shelby County Wildcats and Montevallo Bulldogs also competed in the event.

The highest finisher from an individual runner in the event came from Indian Springs’ Elise Picard in the girls race. The junior took home 11th in the event thanks to a time of 20:14.23.

Behind her, Helena’s Mallory Barton and Pelham’s Janelle Ramos were the two highlights as top-30 finishers. Barton finished the event in 22nd thanks to a time of 21:11.57, while Ramos, an eighth grader, took home 29th with a time of 21:33.79.

Helena had two others finish inside the top 40 with Ashlynn Beery taking 34th and Lindsey May claiming 37th, while Madison Tsimpides finished 45th.

Pelham’s Nathalie Gonzalez-Esquivel and Ana Bravo finished back to back in 43rd and 44th as highlights for the Panthers, while teammate Mikayla Leftwich was the final runner inside the top 50 thanks to her finish of 50th.

In the overall team standings, the Huskies finished fifth, while Pelham was just behind in sixth.

In the boys race, Helena was the main highlight with three runners finishing inside the top 25.

Due to the balance, Helena finished fifth in the team standings with a point total of 124.

Pelham was a few spots lower in the team standings in eighth, as the Panthers had three runners finish inside the top 70.

Thompson Gennari was the highlight with his finish of 54th behind a time of 19:59.40, while Nathan Thau and Carter Milling finished 63rd and 64th, respectively.