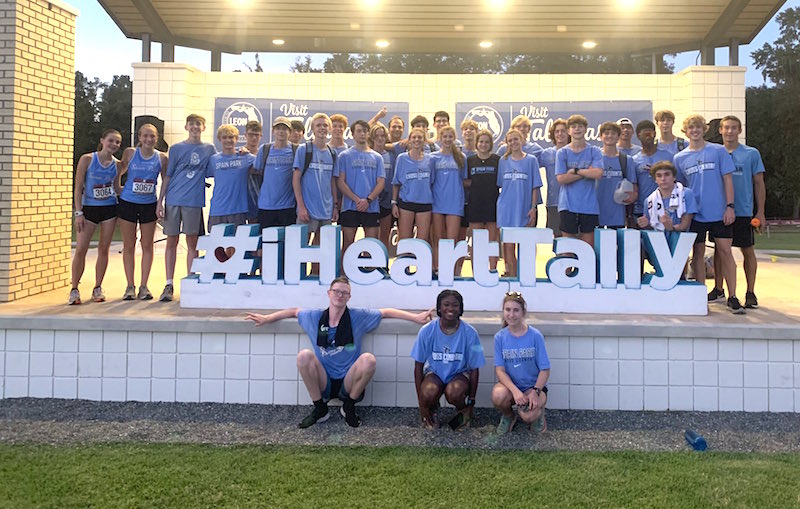 Spain Park’s cross country team traveled to Tallahassee, Florida to compete in the FSU Invitational, and Mackenzie Culpepper continued an impressive season by finishing inside the top-25 of the national event. (Contributed)

TALLAHASSEE, Fla. – Racing against some of the best athletes from across the country, Spain Park’s boys and girls cross country teams didn’t back down at the FSU Invitational in Tallahassee, Florida on Saturday, Oct. 16.

Each race featured more than 250 runners, and six runners from Spain Park finished inside the top 100 combined between the two races.

Mackenzie Culpepper remained the highlight for the Jaguars this season thanks to a top-25 finish in one of the most talented races she’ll compete in all season.

The senior for the Jags entered the race fresh off a personal record performance of 18:46.30 and a win in her previous race.

She carried that confidence into this event, and despite not breaking her record, she still ran her third best time of the season to claim 22nd. She finished the race in 19:11.70 to lead the Jaguars.

Culpepper helped Spain Park finish 10th in the team standings, while Delaney Vickers also played a key role thanks to claiming 43rd in the event with a time of 19:52.80.

Not far behind Vickers was teammate Savannah Hodges who took home 57th thanks to a time of 20:13.60. That gave the Jags three in the top 60 of the event.

The boys team didn’t have as high of a finisher, but Keith Warner was the highlight, while the boys did have three in the top 100 as well.

Kenneth Bishop finished just a few spots behind his teammate, taking home 68th thanks to his third-fastest time of the season at 16:38.50.

Those were the highlights for the Jaguars, who finished 19th as a team out of 30 teams competing.