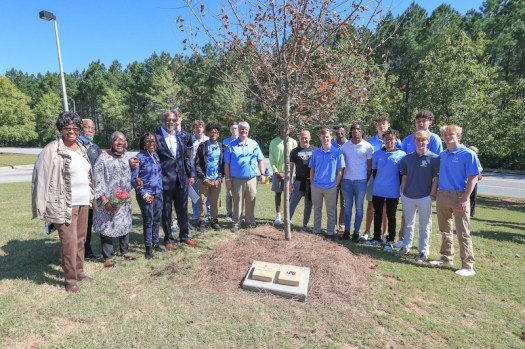 Parker Boswell’s family is surrounded by others at a tree planted in his honor at Spain Park High School to help his legacy continue to make an impact. (File) 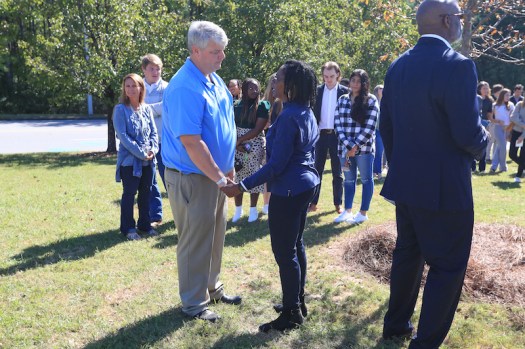 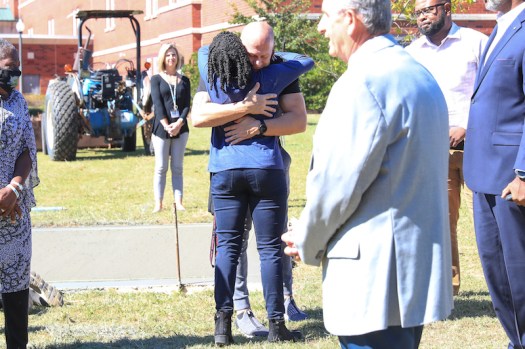 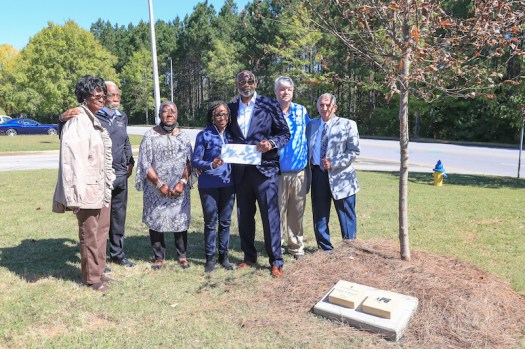 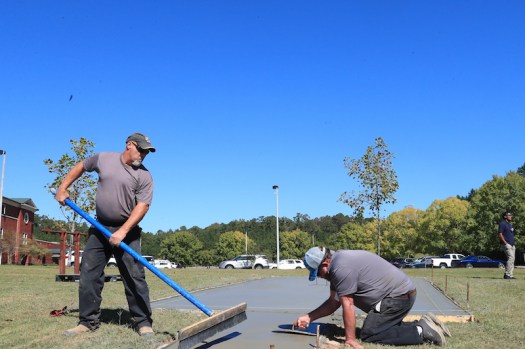 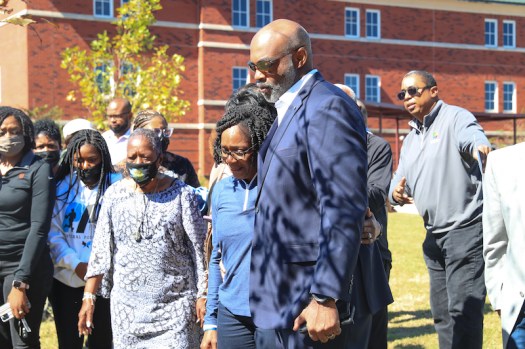 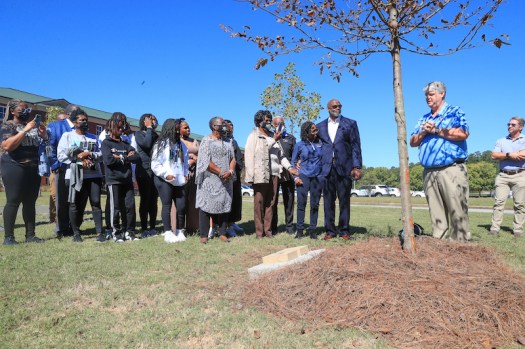 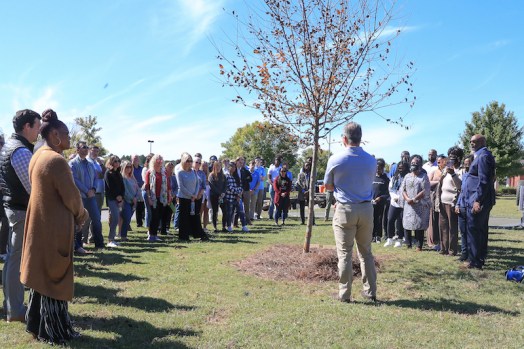 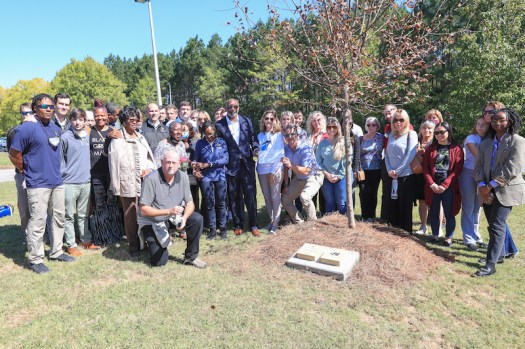 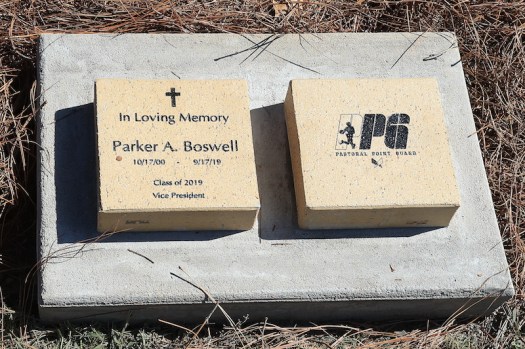 HOOVER – Parker Boswell had a vision for something far beyond his lifetime. Though he expected it to last longer than a month shy of his 20th birthday, Boswell mapped out a plan for his passion in life so others could carry it forward.

Following his death on Sept. 17, 2020, his family was rightfully devastated. But as time passed, and as they looked through more and more of his close to 20 years on earth; they found more and more that set the stage for what his legacy would become.

“Before he passed, Parker wrote about an organization he wanted to launch called Pastoral Point Guard,” said Parker’s sister Kathryn Boswell. “Our family and a few close friends have come together to make his dream a reality.”

Mapped out descriptively by Parker, Pastoral Point Guard was designed to be a faith-based athletic training program that would be used to not only enhance an athlete’s skills, but also create a platform to strengthen their faith and character.

So his family got to work, using his blueprint to create the organization.

And on Sunday, Oct. Oct. 17, the organization held its kickoff party at Railraod Park in downtown Birmingham, launching a mission called Steps to the Kingdom, which challenges physical and spiritual exercise each day.

It ties into Parker’s dream, which was to bring people together through sports and Bible study.

Throughout the organization’s website, there are interactive studies that take a word, tie that word into your daily life, share a passage related to it and then share key takeaways and lessons from how to use it on a daily basis.

“This was a dream of Parkers, but it was not a pipe dream. I never for a minute thought that PPG wouldn’t happen,” said Parker’s dad Chip Boswell. “I didn’t think I would be leading it, I thought he would be here, but God knows best, and we’re here to decrease so he may increase so that the world may be a better place. Nineteen years seems like a short period of time, and it is, but he made an impact on so many lives, and we look forward to paying that forward even more.”

And as Pastoral Point Guard continues to get off the ground with scholarships and ways to serve the community expected to be a part of the program soon, Parker Boswell’s legacy continues to live on beyond the foundation he hoped to start.

A day after its launch, on Monday, Oct. 19, the Boswells were invited to Spain Park High School.

Unaware of what was happening, Chip and Kathy Boswell sat in a small, intimate ceremony and listened as Spain Park and the World Games surprised them with a tree planted in Parker’s honor with a plaque next to it.

It was an emotional moment of tears for the family, as the tree will continue to help the legacy of Parker Boswell grow and live on. But more importantly, it signifies what Parker was all about—bringing people together and highlighting others.

“He was about people, and he was about making them feel special,” Laatsch said. “His goal in life was to invest in others, and it was very rarely about himself. It was what could he do for somebody else.”

And now, the tree will not only honor him, but it will bring others together who have tragically died while attending Spain Park High School or shortly after graduation.

Each person will have a plaque honoring their legacy.

“I’ve been in education for 47 years, and you know, through those years, we’ve lost players and we’ve lost students along the way. It never gets easy,” Spain Park Principal Dr. Larry Giangrosso said. “It never gets to where you feel like you can accept it. But one thing that we always try to do, and it’s a healing for me especially, is to know that we never forget. And this is what we are trying to do here today with what we have here for Parker and what we have for all of the students who have lost their lives through the course of their high school career or shortly after.

And that was Parker’s entire goal with Pastoral Point Guard—making people feel known and loved through the two things he loved most—God and basketball.

“To listen to the mission behind this ministry and new endeavor, and to have you guys so eloquently lay out the blue print that Parker had laid out for you guys and how you guys are picking that up and running with it. When you think back to Parker, that was him,” Laatsch said. “The heartbeat behind what you guys are going to carry on and just the people that he’s touched and the impact he’s made, he can’t be forgotten because of the legacy that will continue to live on.”

During the ceremony, World Games CEO Nick Sellers talked about Parker and announced the tree being planted in his honor, while he then presented the family with a check as a donation to Pastoral Point Guard.

“Pastoral Point Guard as we know was a dream of Parkers, and it’s something Chip and Kathy continue to bring forward to spread that connection of love and goodness that Parker had,” Sellers said. Our team made a small contribution to that because we love the family and we love Parker so much, and that connection, and we want that to continue to grow. So we hope that people will come to this tree whenever they need a connection to goodness, because that’s Parker.”

For more information about Pastoral Point Guard or to donate, visit Pastoralpointguard.com.