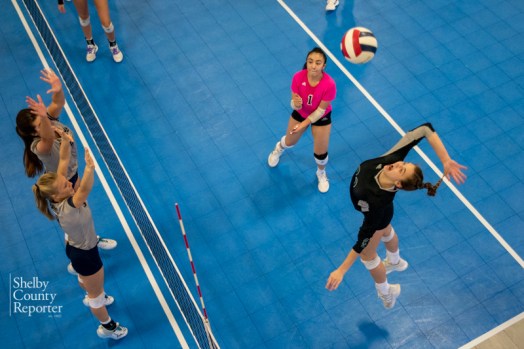 Pelham’s volleyball team fell to Gulf Shores in the opening round of the regional tournament on Wednesday, Oct. 20 to end the 2021 season. (Reporter photo/Keith McCoy) 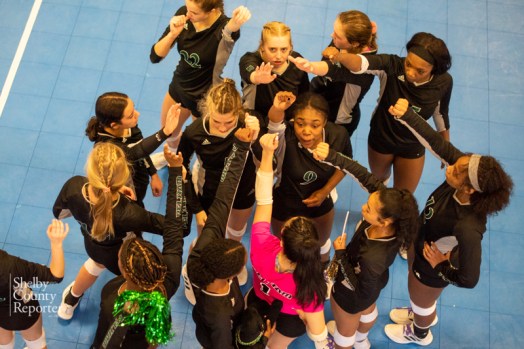 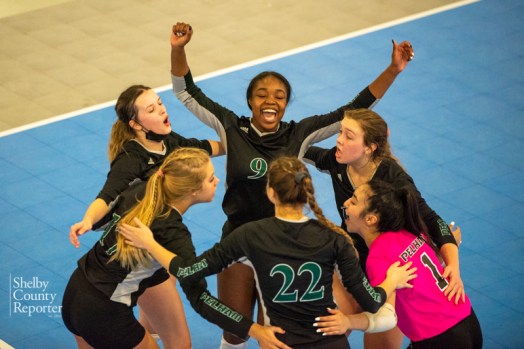 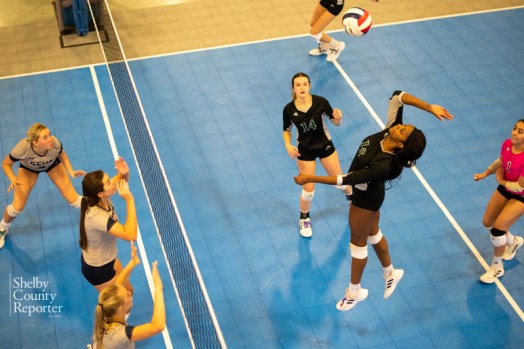 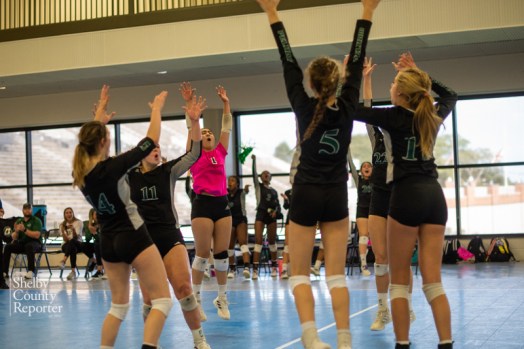 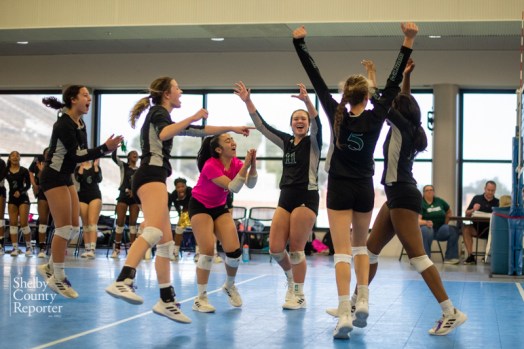 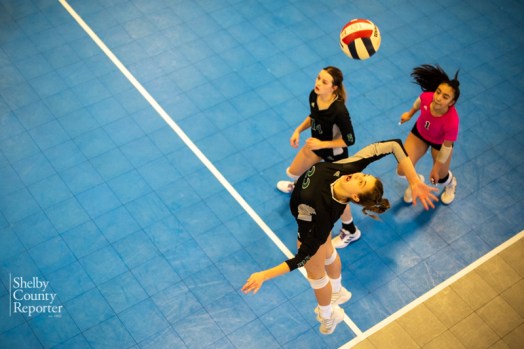 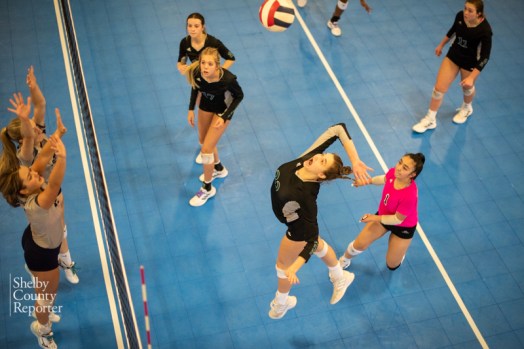 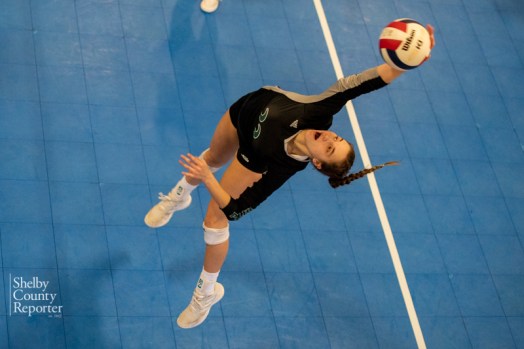 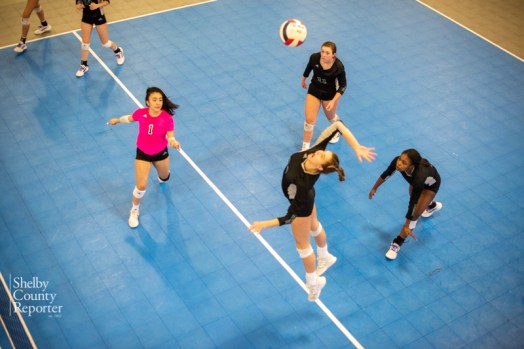 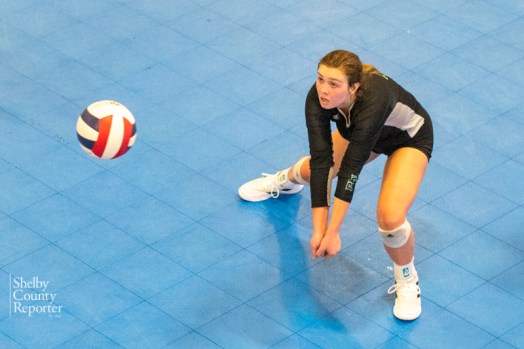 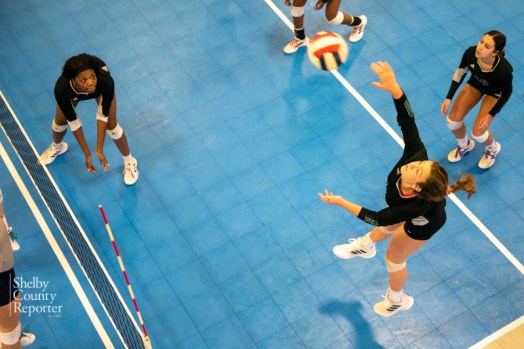 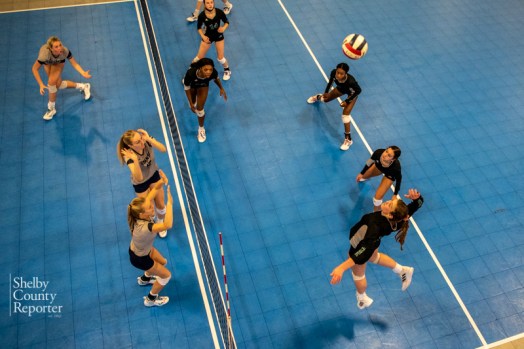 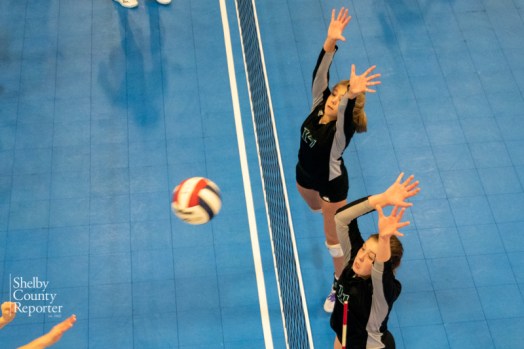 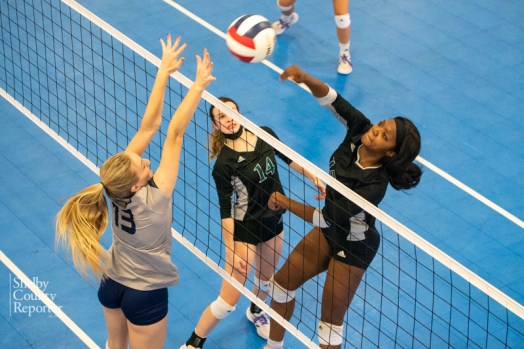 MONTGOMERY – As the ball hit the court for the final time, the pain immediately hit the faces of the Pelham volleyball players inside the Cramton Bowl’s Multiplex Wednesday, Oct. 20.

The heartbreak hit the team, especially the seniors, following a 3-1 loss Gulf Shores in the opening round of the regional tournament, but with that came a moment of reflection on the remarkable run put together.

Despite the season ending short of a state tournament appearance, the Panthers won the area championship for the second year in a row and never showed any quit throughout the season or their final match.

For seniors such as Elizabeth Hayhurst, Tammy Melendez, Shay Walsh, Courtney Proffit, Victoria West and so many others on a veteran roster, it wasn’t about that tearful final moment on the court, it was about what continues to be built at Pelham.

Anytime a season ends short of winning it all, it’s a tough pill to swallow, especially when it’s the final time you’ll step on the court.

But for Pelham’s seniors, the 63-22 record they put together the last two years en route to back-to-back area championships is something they’ll not only remember, but something future teams will strive to match in their pursuit of leaving a legacy.

And the Panthers’ fight and determination from a veteran group was on display against a challenging Gulf Shores team at regionals.

Slow starts, however, became costly, and were largely responsible for the 3-1 loss to the Dolphins.

Each time they fell behind, however, the Panthers clawed their way back to at least make each set interesting.

In the opening set, it was a 9-0 deficit they faced in the early going, and it didn’t get much better from there, as Pelham eventually faced a double-up deficit of 18-9.

Then, the Panthers switched into a new gear.

It looked almost as if a new team had appeared. They reeled off a remarkable stretch to trim the deficit all the way down to two points at 23-21.

Gulf Shores, however, won the next point to make it 24-21, and Pelham only scored one more point as the comeback effort fell short in a 25-22 loss in the opening set.

With the shift in momentum, Pelham was able to get off to one of its best starts of any set in the second frame.

The Panthers fell behind 5-2, but they battled back to even the set at 7-7.

After several minutes of back-and-forth play, Pelham gained the lead at 10-9. Then, after falling behind 12-10, the Panthers went on a 4-0 run to take their largest lead of the match to that point.

That gave Pelham all the momentum it needed to finish strong in the set for a 25-17 victory that evened the match at 1-1.

In the third set, however, the Panthers found themselves in another big hole early. It started with a 5-0 run from the Dolphins, which eventually blossomed into a 10-3 run to start the set.

Pelham went on to trail by as many as eight at 13-5, but yet again, the Panthers battled back.

They cut the deficit to four points on multiple occasions before eventually trimming it to three points at 22-19.

But Gulf Shores found a way to regain its composure late to, as the Dolphins reeled off a 3-1 run to pick up a 25-20 set victory and take a 2-1 match lead.

In the fourth set, Pelham’s season was suddenly on the line.

The nerves of that moment seemed evident through the first three points, as Gulf Shores took an early 3-0 lead, but the Panthers battled back to make it 4-3.

That also sent Walsh to the service line.

The senior picked up an ace on her first serve, and from there, Pelham was off and rolling.

The Panthers went on a 7-0 run to take a 9-4 lead before Gulf Shores won its next point.

Pelham went on to hold a strong lead all the way up to 12-9, but then the Dolphins flipped a switch. They won five consecutive points to storm back in front.

Gulf Shores eventually turned it into an 8-1 run that gave the Dolphins a 17-13 advantage.

Their lead was extended to five points at 20-15, but then Walsh found her way back to the service line.

That seemed to quickly grow Pelham’s confidence, and it showed.

The Panthers put together a 5-0 run on the back of her serve and back-to-back kills from Hayhurst that gave them one of their most important spurts of the season to tie the set at 20-20.

Now, they at least had a chance in a tight battle to keep their season alive.

The Dolphins, however, did just what it had done in the previous two sets when they gained an advantage—bounce back from a stretch of slow play.

Gulf Shores took a 23-22 lead and earned match point at 24-22. Pelham killed off one match point, but the Panthers couldn’t do it a second time, as the Dolphins picked up a 25-23 win to close out the 3-1 match victory.

The Panthers finished the season 39-12 overall.