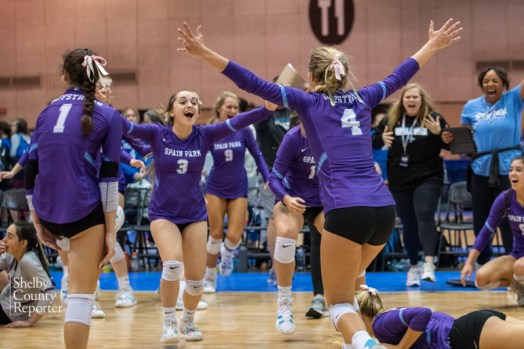 Spain Park’s volleyball players celebrate after beating Hoover in the regional tournament to earn a trip to the state tournament. (Reporter photo/Keith McCoy) 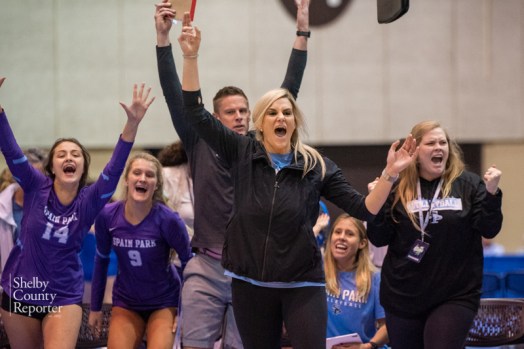 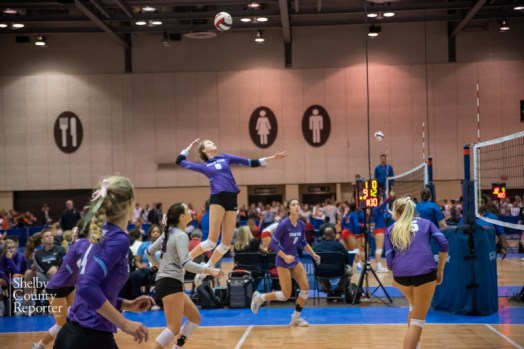 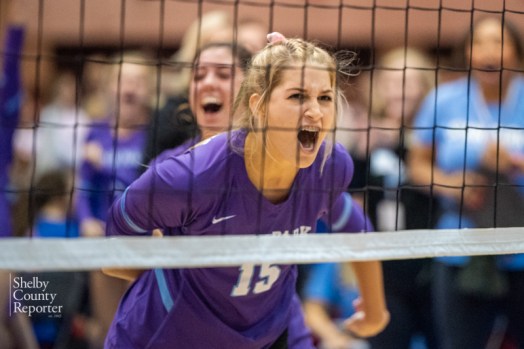 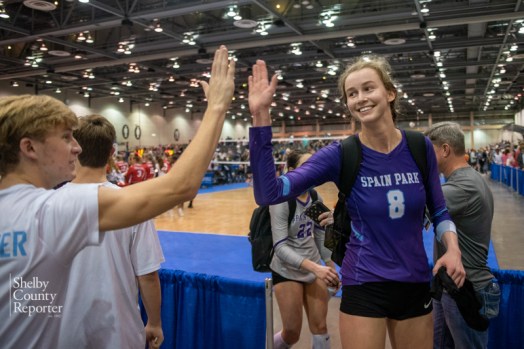 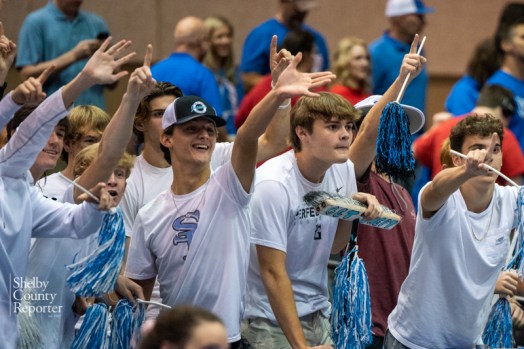 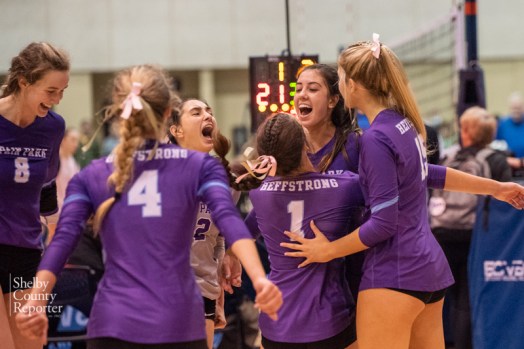 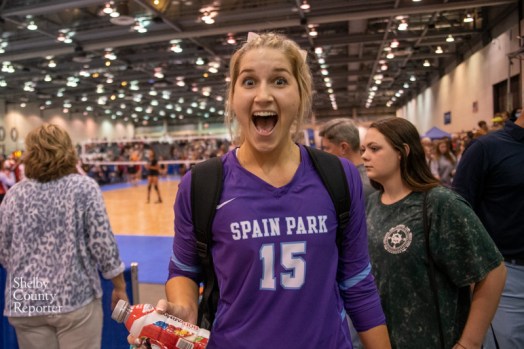 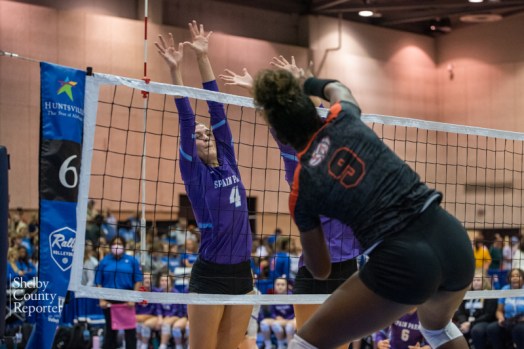 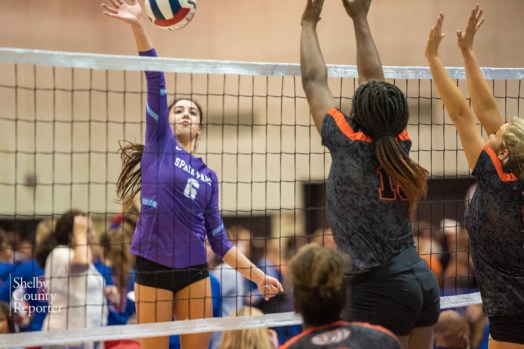 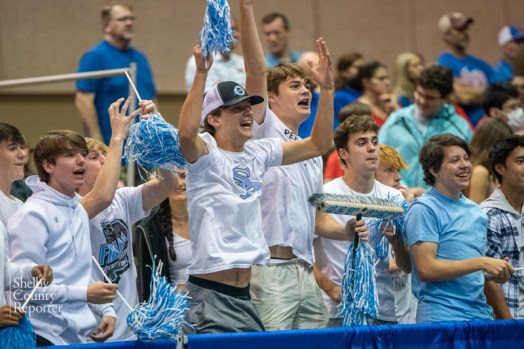 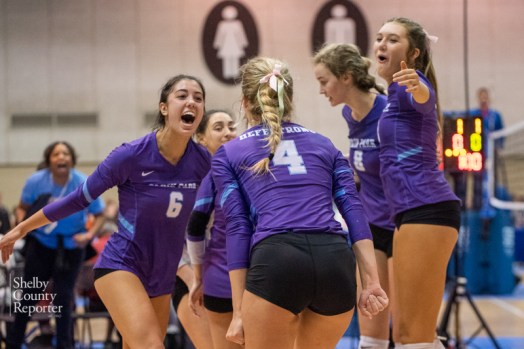 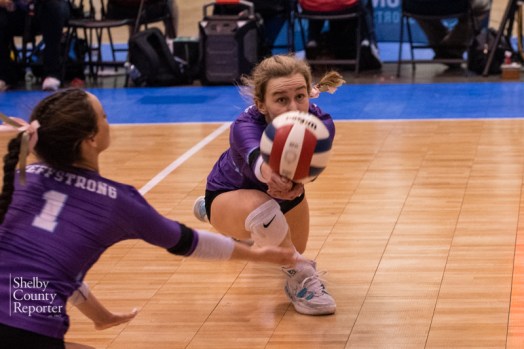 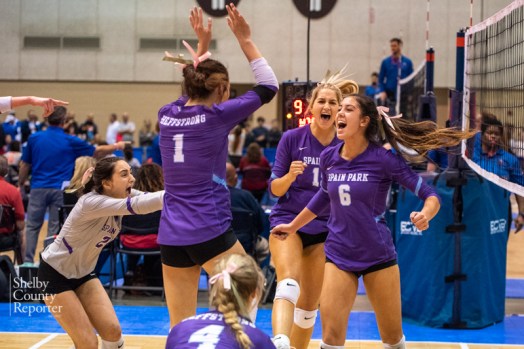 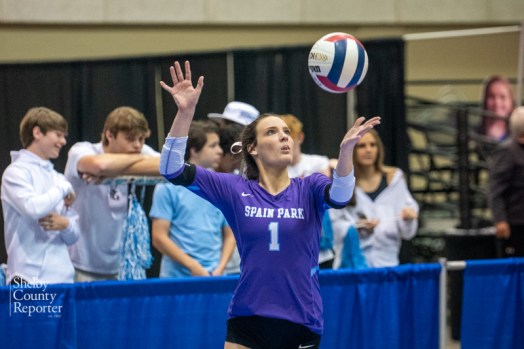 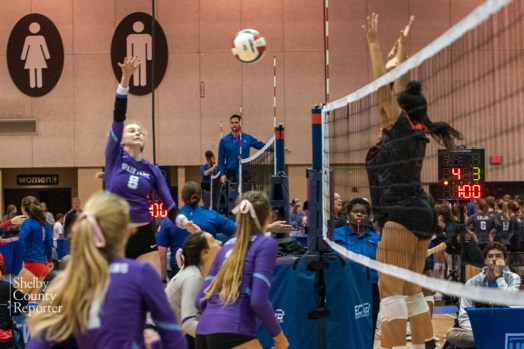 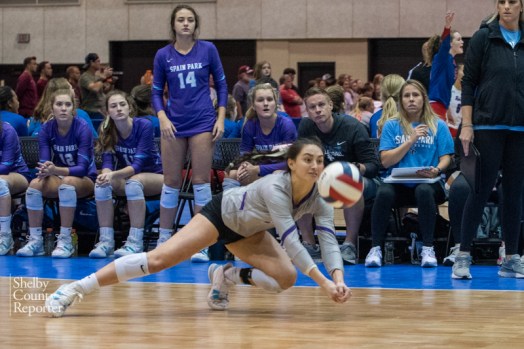 Ultimately, the Jags finished runner-up to crosstown rival Hoover in the state championship. The heartbreak of the loss quickly shifted into a determined focus of redemption.

With the core of last year’s team returning for the 2021 season, the Jaguars set their sights on not just meeting the new expectations they set for themselves, but creating a new history of becoming the first championship team at the school.

They took a major step toward that goal on Thursday, Oct. 21 at Huntsville’s Von Braun Center when the Jags squared off against Hoover in a rematch of last year’s championship match with the winner advancing to the state tournament and the loser’s season coming to an end.

For the Jags, however, it was a moment they had been waiting on since the first ball was tossed in the air two months ago to kick off the season, and their motivation showed.

After the two teams split the first two sets, Spain Park wasted no time from there, winning each of the next two sets to complete a 3-1 victory and redeem last year’s championship loss.

It wasn’t the ultimate redemption, which would come in the state championship, but it kept Spain Park’s overall goal of a title alive, as the Jaguars avoided elimination to advance to the Elite Eight.

The opening set was a tight, back-and-forth battle that saw Spain Park face a 15-14 deficit at one point.

The Jags, however, responded with a dominant stretch.

A 3-0 run put them back in front, and flipped momentum in their favor. They capitalized by finishing the set on a 9-3 run following their one-point deficit, which gave them a 25-18 set victory and a 1-0 advantage in the match.

Spain Park’s confidence carried into the second set, as the Jaguars jumped on top by as many as eight points at 17-9.

Battling to avoid a 2-0 hole, the Bucs eventually tied the set at 23-23 before staving off set points and eventually winning it 30-28 to even the match at 1-1.

Spain Park, however, bounced back in the third set.

From there, Hoover could only muster up two more points in a 25-16 set victory for Spain Park.

Now with a 2-1 advantage, the Jags had put Hoover in the position of needing to win two consecutive sets to stay alive, while they were just one set from advancing.

Spain Park capitalized on the pressure the Bucs were feeling by building a big early lead of 8-3 in the fourth set. The Jags then went on to lead by as many as seven points at 15-8.

Hoover tried again, however, to pull off a comeback with the season on the line.

The Bucs pulled to within three points at 19-16, but Spain Park didn’t let it happen this time around.

The Jags never let Hoover any closer, as they went on to close out the match with a 25-20 victory.

With the win, they’ll now compete in the state tournament on Wednesday, Oct. 27 as one of the final eight teams in Class 7A.