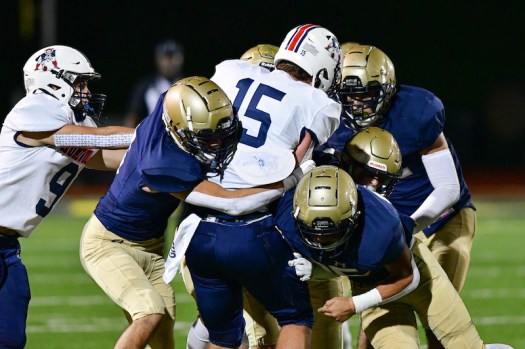 The Briarwood Lions took down Homewood 21-18 on Friday night to earn the two seed and home field advantage in the opening round of the playoffs. (For the Reporter/Jeremy Raines) 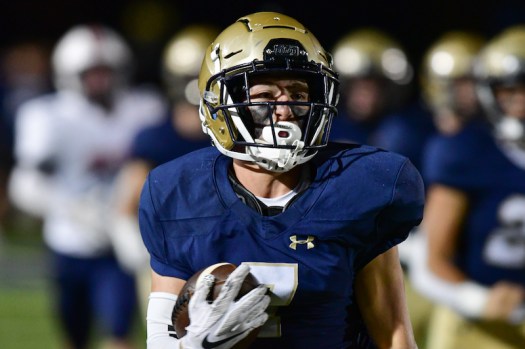 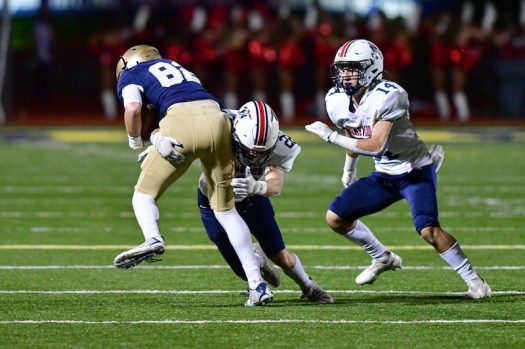 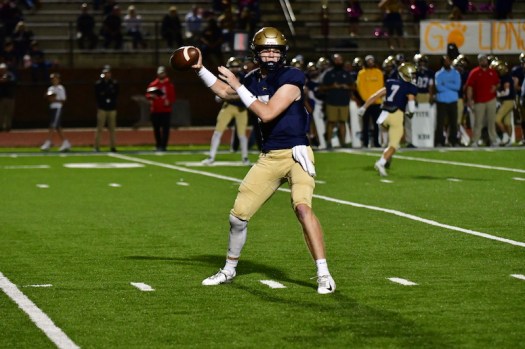 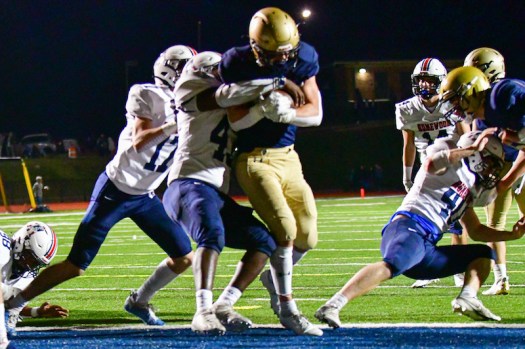 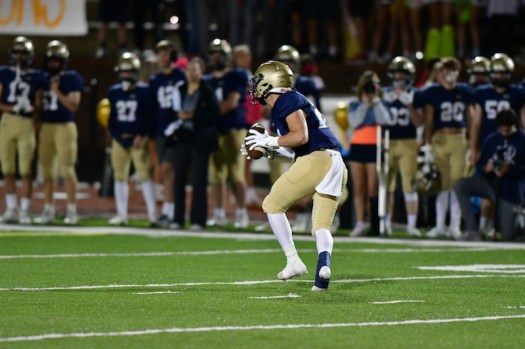 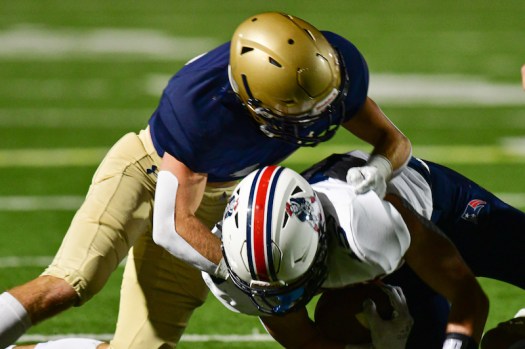 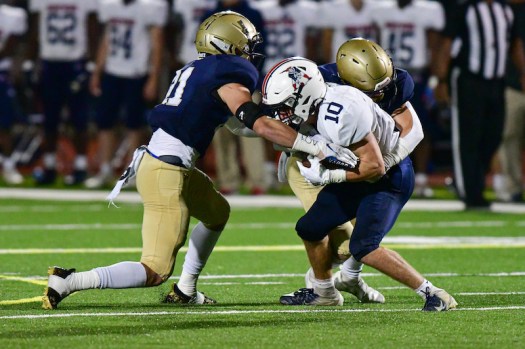 NORTH SHELBY – With home field advantage in the opening round of the playoffs on the line, the Briarwood Lions answered the call against region foe Homewood on Friday night, Oct. 22.

Trailing the majority of the game, the Lions gained their first lead early in the fourth quarter at 14-10 and went on to add one more touchdown for good measure before holding off the Patriots’ comeback attempt in a 21-18 victory.

“This team has got a lot of character and they’ve shown it throughout the season,” Briarwood head coach Matt Forester said after the win. “Coming off of a bye week and playing a team that’s been playing really good football and we knew it’d be a really tough opponent. The fact that they settled down and weren’t worried at half time says a lot.  They knew that we could come out and do our job. They had great focus throughout the whole game to make corrections and do the little things right, so I’m incredibly proud of them.”

The Patriots were the first of the two to put a touchdown on the board with 7:37 left in the first quarter. Briarwood made several attempts to ignite its offense but failed to gain any traction on the following possession.

Both teams went stagnant for a decent amount of the first half until Homewood took it up the middle for a momentum-boosting run. The Patriots ultimately failed to convert a fourth down conversion in BCS territory.

Both teams had their chances but ultimately the first half ended with Homewood ahead 7-0.

Homewood slowly but surely made its way down the field into BCS territory, with the ball in their possession for the majority of the third quarter, ending the drive with a field goal to extend the Patriots’ lead 10-7 with 3:40 left in the period.

The Briarwood offense, however, started putting pieces together during the following drive with Luke Reebals making several plays to advance the offense.

Reebals capped the drive off with a 2-yard touchdown run out of the wildcat formation to give the Lions their first lead of the game at 14-10 with 10:30 remaining.

“Luke Reebals has been an outstanding running back for three years and the fact that he’s back, healthy, and playing really good football is nice,” Forester said. “When you put the ball in his hands, something special can happen at any moment.”

The Lions then got a critical interception that gave their offense the ball on Homewood 15-yard line shortly after. Christopher Vizzina then used his legs to give the Lions prime scoring position at the 2-yard line.

From there, Reebals found the end zone off the left guard from the 1-yard line to give the Lions a 21-10 lead with 6:51 left to go.

After Homewood failed to produce on offense, the Lions had the ball in a good spot to milk the clock.

Sloppy ball handling, however, led to the Lions fumbling the ball with the Patriots recovering with 4:10 left in the game.

Homewood continued to pursuit the end zone and found success with 1:16 left in the ball game along with a successful two-point conversion to make the score 21-18.

The Lions, however, recovered the ensuing onside kick and took a knee on the final drive to take the victory for the evening.

After a matchup with Corner next week to end the regular season, Briarwood will host a playoff matchup as the two seed out of its region.