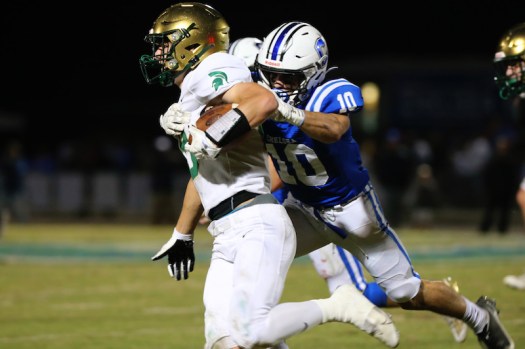 Chelsea's defense had a solid overall night, but it wasn't enough in a 25-0 loss to No. 3 Mountain Brook. (For the Reporter/Cari Dean) 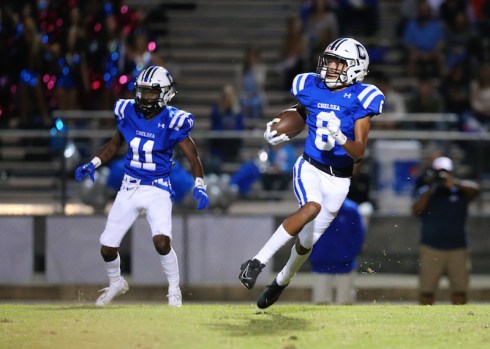 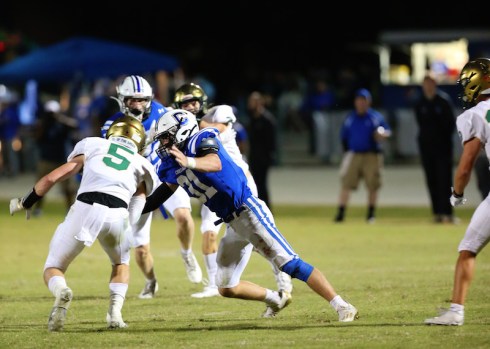 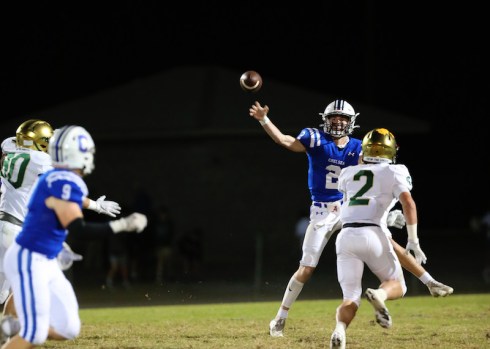 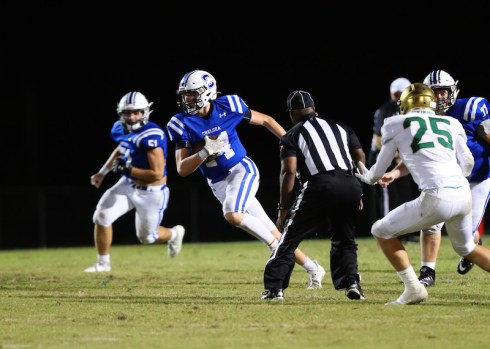 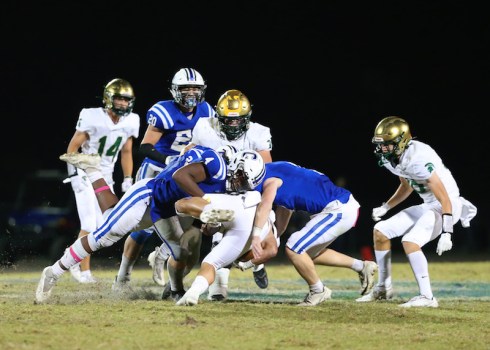 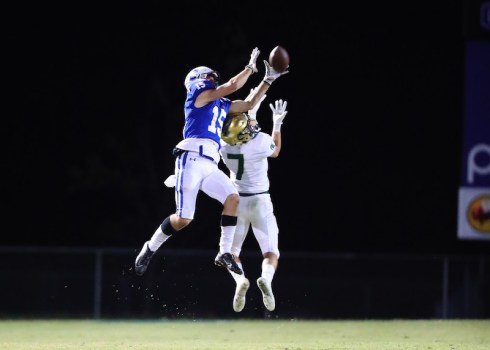 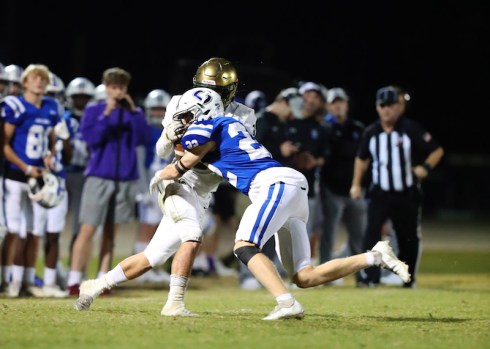 CHELSEA – The Chelsea Hornets couldn’t overcome a slow start on Friday night, Oct. 22, as the No. 3 Mountain Brook Spartans walked away with a 25-0 victory.

The Hornets gave up 19 points in the opening quarter to fall into a deep hole early, and while the defense picked up from there, the offense never could get in a rhythm, leading to the shutout.

While the defense played well following the first quarter, the offense only totaled 165 yards during the four quarters of action, including just 59 on the ground.

That’s what made the difference, as Mountain Brook put up 394 yards of total offense, including 260 rushing yards.

The Spartans, however, scored all but one of their touchdowns through the air, starting with a touchdown pass of 46 yards in the opening minutes.

Quarterback John Colvin hit Jackson Beatty for the touchdown, which put Mountain Brook up 7-0 in less than two minutes.

That became the first of three unanswered touchdowns from the Spartans in the first quarter.

Six minutes later, Colvin picked up his second touchdown pass of the night when he hit Carter Kelley for an 11-yard score and a 13-0 advantage following the missed extra point.

The Spartans weren’t done there.

They got the ball back one more time in the first quarter and capitalized with another score when Colvin hit Jake Thompson from 10 yards out to make it 19-0.

Chelsea’s defense, however, clamped down from there.

The Hornets held Mountain Brook scoreless in the second quarter to go into the half down by 19.

That side of the ball continued doing its job coming out of the break, not allowing a score in the third quarter either.

But eventually, the offense not sustaining drives led to Homewood adding an insurance score with 8:16 to pay when Cole Gamble rumbled 85 yards for the game’s final score.

Gamble finished with 184 yards and a touchdown in the win for the Spartans, while Colvin had 134 yards and three touchdown passes.

The Hornets will take on Calera next week to finish off region play.