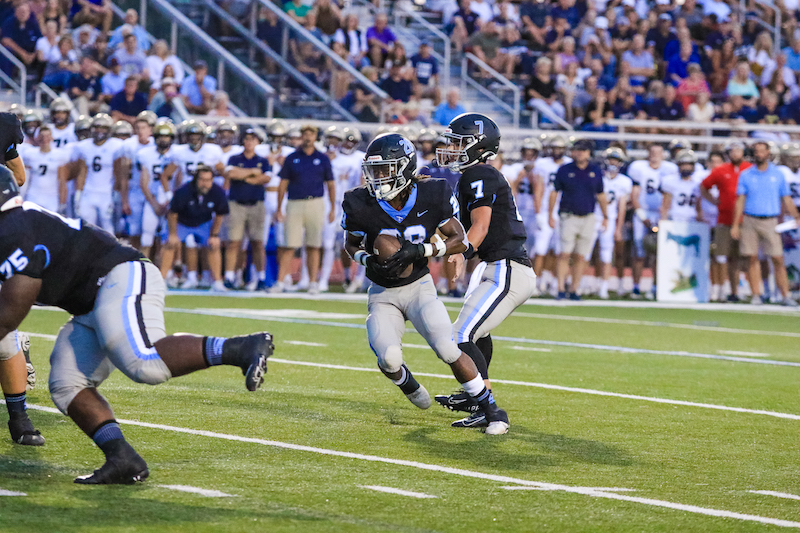 HOOVER – It has been a challenging season for Spain Park, but the Jaguars ended region play in style on Friday, Oct. 22, defeating visiting Tuscaloosa County, 35-7.

The win snaps a seven-game losing streak, and the Jags have one more game left this season, against Hueytown on Oct. 28, with a chance to build on the momentum heading into next year.

SPHS built a 21-0 lead by halftime of Friday’s game and never looked back.

Ethan Gutkoski ran it in from one yard out with 1:44 remaining in the first quarter for the game’s first score, followed by Alex Lloyd’s point-after.

Zavier Long found paydirt from 43 yards out with 4:52 to go in the second quarter, and Evan Smallwood added another first-half score for SPHS on a pass to Pierson Cole from 20 yards out with just 31 seconds to go before halftime.

Tuscaloosa County got on the board with a five-yard run by Kevin Riley halfway through the third quarter, but it was all Jaguars from there.

Gutkoski scored again, on a two-yard run about one minute into the fourth quarter, and Zamir Farris concluded the scoring with a 41-yard touchdown run with time winding down in the game.

The Jags outgained their visitors 452 yards to 204, with the bulk of the difference on the ground, where it was 306 yards to 97 in favor of the hosts.

Farris carried the ball 17 times for 123 yards, and Long had 57 yards on six carries.

Jonas Harrellson led the Spain Park defense with 4.5 tackles, including 1.5 tackles for loss.