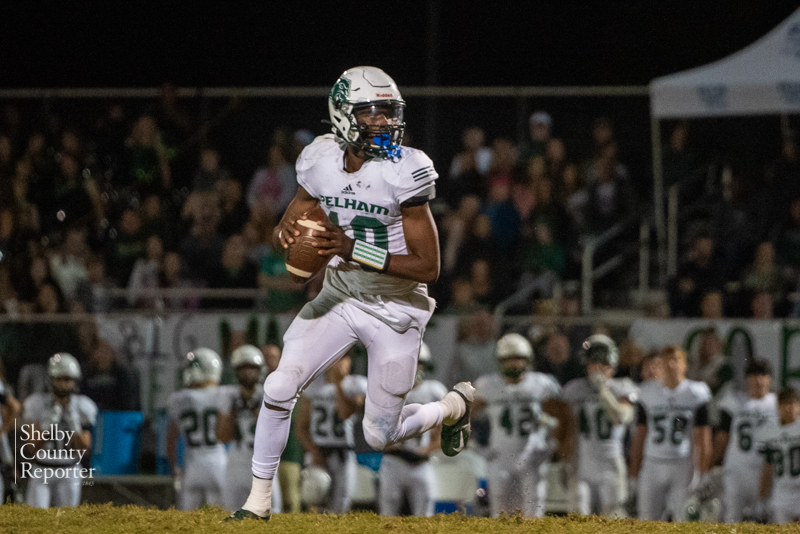 The Pelham Panthers grabbed an early lead against Chilton County on Friday night, Oct. 22, and pulled away for a 35-14 win. (File)

CLANTON – The Pelham Panthers picked up a regional victory on the road Friday night, Oct. 22 as they defeated the Chilton County Tigers, 35-14.

Pelham dominated for the first half of the game, and in the fourth quarter the Tigers started to gain momentum but it was too little too late for Chilton County.

“I thought we played really clean in the first half. I thought our defense played extremely well all night long,” said Pelham coach Tom Causey. “We got a chance to play a lot of guys in the second half, and I didn’t think we were real clean offensively in the second half. We had too many penalties, and we’ve got to clean that up. Our guys, after a long break, I thought came out and played really, really well, especially in the first half.”

Causey praised the Panthers’ special teams including Darius Copeland’s punt return for a touchdown, the punt block team’s ability to pick up blocks, and all-around effort on both sides of the ball.

“Our offense and really our defense too is set up where a bunch of guys are involved, and I thought we did that tonight on both sides of the ball,” he said.

Pelham’s first points came via quarterback Will Lankford on a keeper with 7:15 in the first. Later, Lankford connected with Jake Fox for a 46-yard touchdown play with 1:56 remaining in the first quarter.

Jackson Germek reached the end zone next on an 18-yard run with 6:03 in the second quarter, bringing the Panthers’ lead to 21 points—then, Copeland blew it out of the water to return a Chilton County punt 75 yards for a touchdown, resulting in a 28-0 score at halftime.

The Chilton County Tigers started to show some life in the fourth quarter, but a would-be touchdown was called back due to a holding call with 11:38 on the clock. Then, Logan Coppedge completed a 49-yard pass to Jakeveon Bolding down to the Pelham 7-yard line. Two more penalties set the Tigers back another 10 yards, but they gained it back on another completion to Bolding. Finally, Coppedge found Taveous Good for a touchdown pass with 10:37 on the clock.

The Panthers were not through, however, as Ra-sen Martin answered with a 30-yard touchdown run with 8:14 left to bring the score to 35-7.

The Tigers made another valiant effort on a 29-yard pass to Byron Davis and 25- and 12-yard gains by Demarcus Riddick, putting them well into Panther territory. Another completion to Crawford Easterling brought Chilton County 16 yards closer to the goal line. Then, Coppedge scored on a keeper from 19 yards out, bringing the score to 35-14—but Pelham was too far ahead and time ran out before the Tigers could stage a comeback.

Gabe Gamble led Pelham with 131 yards and a touchdown on 18 carries, while Resean Martin added 92 yards on eight carries with a touchdown himself. Lankford finished with 59 passing yards and 51 yards on the ground with two combined touchdowns.
Next week, the Panthers face Homewood on the road in a Thursday night matchup.