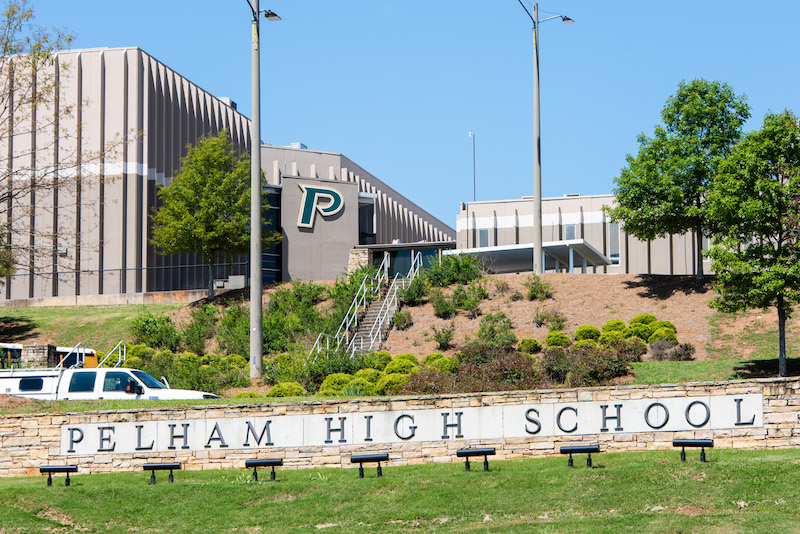 Pelham student Avri Gillispie spoke out against what she said was brutal bullying from her peers after her yearbook quote was misprinted in the 2022 yearbook. (File)

PELHAM – At Monday night’s Board of Education meeting, the Pelham BOE had an in depth discussion regarding COVID-19 protocols going into the holiday season.

“Our students, the positivity rate has stayed below 0.5 percent of our kids for five weeks in a row now,” said Superintendent Dr. Scott Coefield. “The community positivity rate, which was around 20 percent for a while, as of last Friday was 6.5 percent. I checked it today, and it was at 6 percent. We’ve dropped out of the red zone and we’ve gone to the orange, but it’s my understanding if we can stay below that 7.99 for seven consecutive days, we will drop from the orange down to the yellow.”

The BOE made the decision at the previous meeting to loosen COVID-19 protocols, such as making masks optional, if positivity rates continued to stay at a low rate. Since that decision, numbers have stayed consistently low, though Coefield said there was an incident with one of the elementary schools where four children tested positive and that specific class had to quarantine.

After bringing this information to the table, Coefield asked the Board to discuss steps going forward, asking them to take the upcoming holiday season into account.

“We all know, in bold, the urgency is to keep kids in school,” Coefield said. “We’ve seen the impact of not having certain kids for a year and a half, just from an academic stand point but also getting back to behavior and routine. We’re all better when we have our routines.”

Coefield then introduced a new item on the agenda: a free and voluntary COVID-19 testing for faculty, staff and students. Individuals are allowed to take the test as they please, and may opt out or in for the test at any time. Students would be tested based on parents’ consent. Coefield said the test is supported by the UAB School of Public Health and the State Department of Education. The test results will be given to the school and the parents, and given a positive result, the school will respond with their own protocol. Coefield added that UAB will work with the test vendors to handle finances related to testing, however, Coefield continued that if the schools and school nurses do become overwhelmed by the testing project he will discontinue the testing program.

Hester expressed reservations regarding the program, saying she felt it would be a distraction from the school day and it wouldn’t be a good idea for the schools.

“There is a sense of calmness and reassurance when you know you tested negative,” Rhoades said. “I understand the concern, but I really think this is just another weapon in a fight that we don’t really have that many weapons to use. I think the use of it is in the right place to let the parents decide.”

“Some say ignorance is bliss, but I say in the case of this pandemic that knowledge is key,” said Board member Bob O’Neil.

Ultimately, the program was approved with a vote of four-to-one.

On a lighter note, Coefield brought up how proud he was of this year’s Panther Pride. Coefield made special mention of the Pelham Volleyball team, calling them a “power house” of players and bringing their A-game this season. He also praised the football team’s progress, and noted this year marked a special occasion for the team.

“It is our understanding that for the first time in school history we will be hosting two years in a row a playoff game at Home, which means you either got first or second in the area,” Coefield said. “That’s a lot of progress that we’ve made, and, of course, all the band and seeing all the kids, football players, everybody out cheering and having a good time is worth mentioning in Panther Pride.”