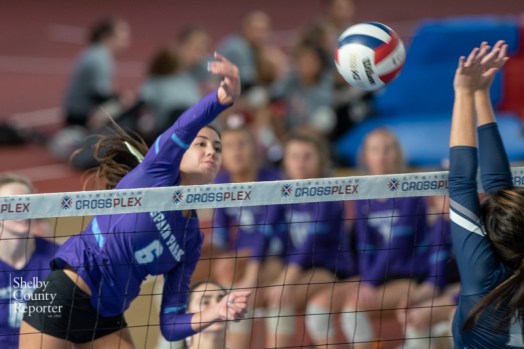 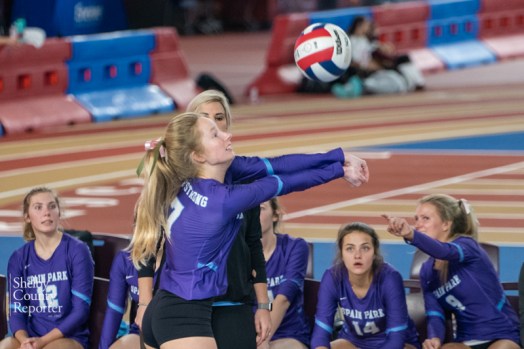 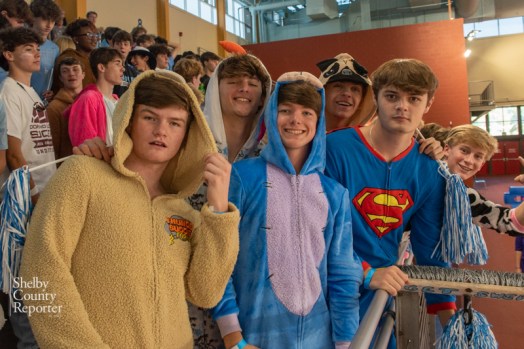 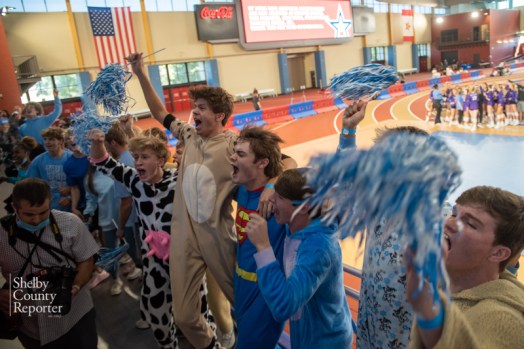 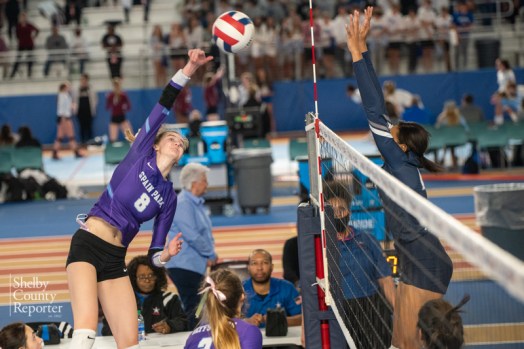 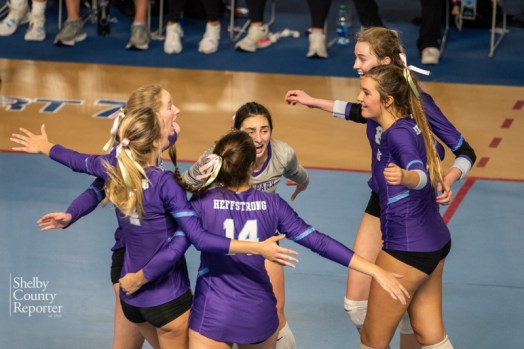 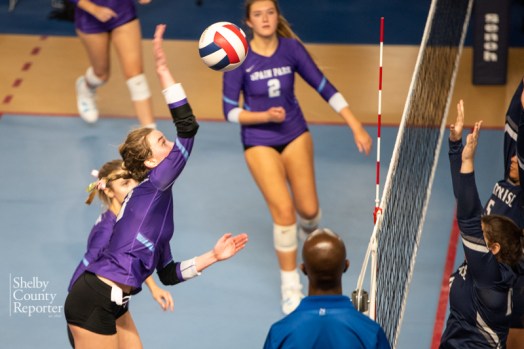 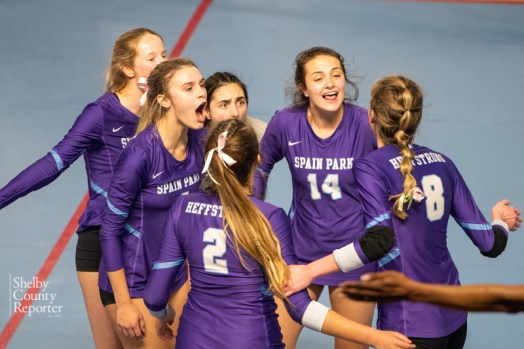 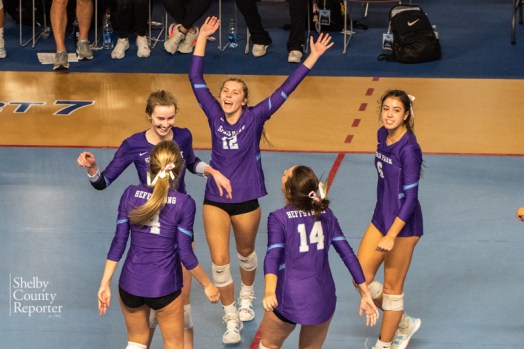 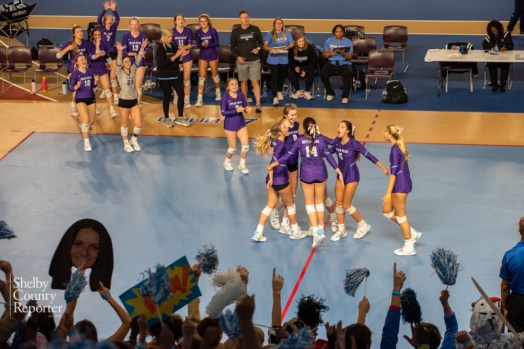 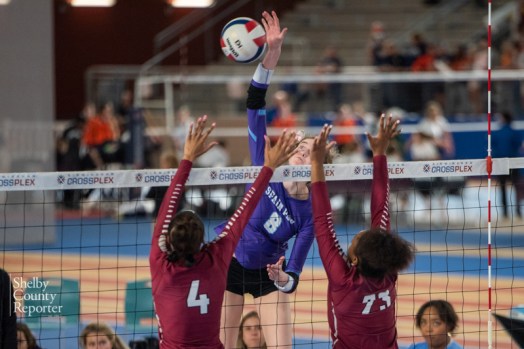 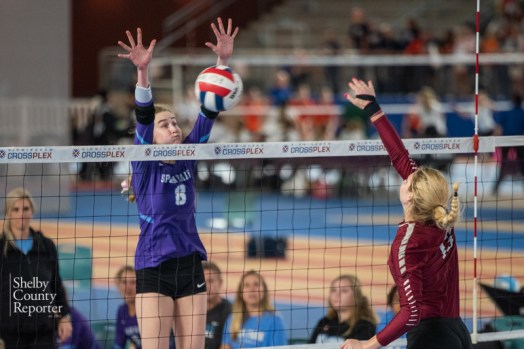 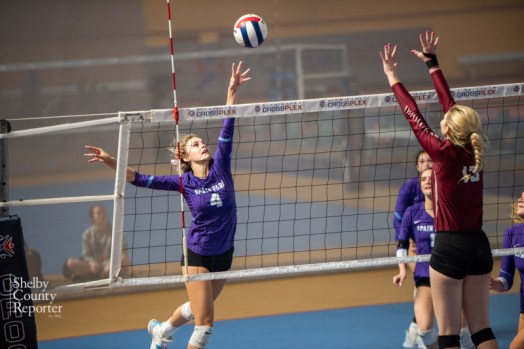 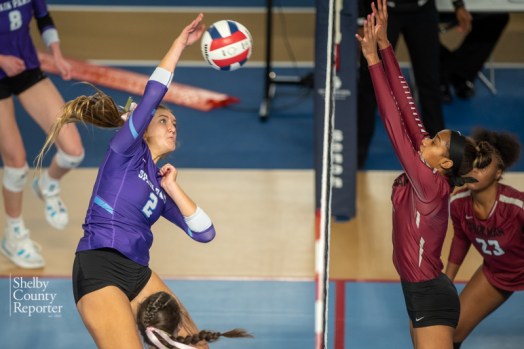 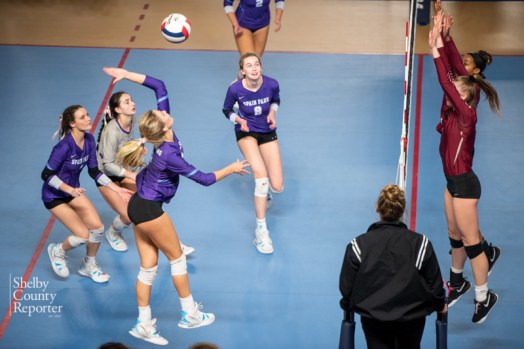 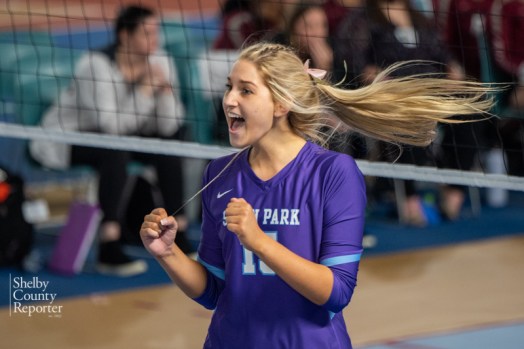 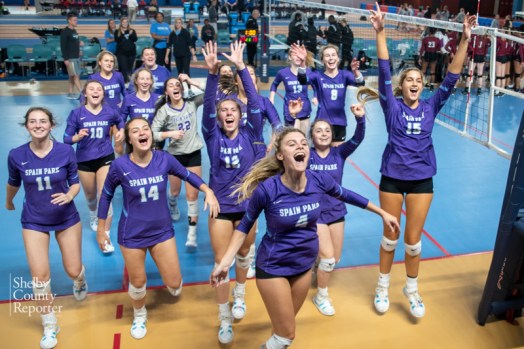 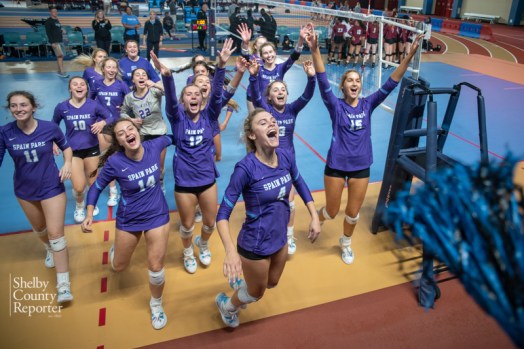 BIRMINGHAM – Sprinting toward the student section in celebration, the Spain Park volleyball team realized that a season-long goal had come to fruition.

While not the ultimate goal, the Jaguars earned their spot back into the state championship match for their shot at avenging last year’s championship loss.

The Jags already took down last year’s opponent, Hoover, in the regional tournament just to earn a spot at the state tournament, but they still needed two more wins on Wednesday, Oct. 27, and they got exactly what they needed.

Taking on Enterprise in the Elite Eight, the Jags picked up a straight-set victory to advance to the Final Four later that same day. And in similar fashion, they took down Sparkman in straight sets to improve to 46-4 on the season and find their way back to the championship match for the second year in a row after doing it for the first time in school history last year.

In the first match of the day against Enterprise, the Jags got their first of two big performances from Audrey Rothman.

She helped spark the team early, which led to them pulling away for an easy 25-16 win in the opening set.

That became the easiest set of the match for Spain Park, but there still weren’t many lulls the rest of the way.

Enterprise cut the deficit to one as late as 23-22, but the Jags won the next two points to close out the second set for a 2-0 lead.

Spain Park jumped out to a strong lead in the third set as well, creating separation at 14-9. The Jags held that five-point advantage up to 20-15, before extending it to eight points shortly after.

Enterprise battled back to make it 23-21 with a 6-0 run, but the Jags responded out of a timeout with two points in a row to put the set and match away.

Now one match away from their goal of reaching the state championship, the Jaguars left nothing for chance in their Final Four battle with Sparkman.

Spain Park jumped out to an 11-2 lead in the opening set, and the Senators never could recover, which led to a 25-13 win for the Jags.

Sparkman looked like it was going to at least keep the second set interesting up to an 8-8 tie, but the Jags quickly flipped a switch from there. They ended the set on a 17-2 run to pull away for a 25-10 victory and a 2-0 match lead.

Spain Park used all of the momentum and jumped out to a quick 12-7 lead in the third set. Sparkman drew to within three points at 12-9, but the Jags then used a 5-0 run to create all the separation they needed en route to a 25-19 victory that punched their ticket back to the state championship.

The Jags were led by 19 kills from Rothman in the Final Four matchup, while Breazeale added 12 kills and 12 digs. Johnson totaled 18 assists to lead the team again, while Halyard was just behind with 13. Allison posted 12 digs for the second match in a row.

Spain Park will now square off with McGill-Toolen on Thursday, Oct. 28 at noon for the Class 7A State Championship.