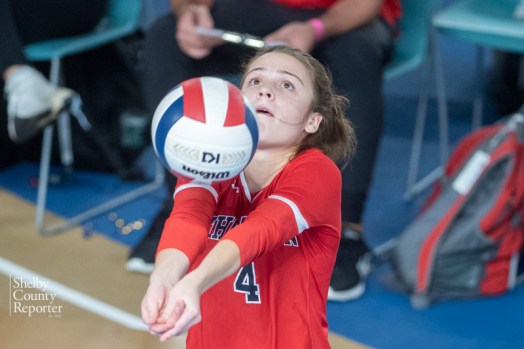 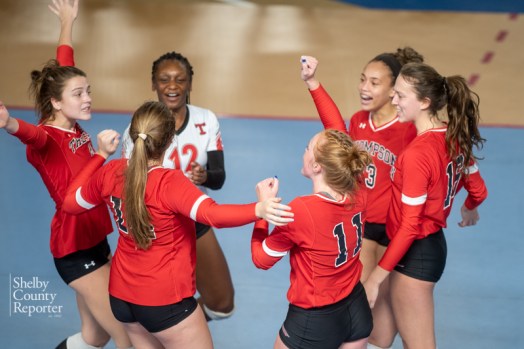 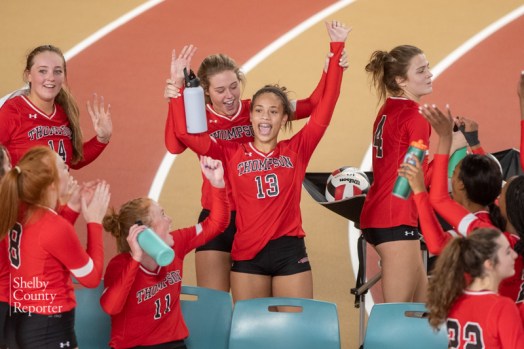 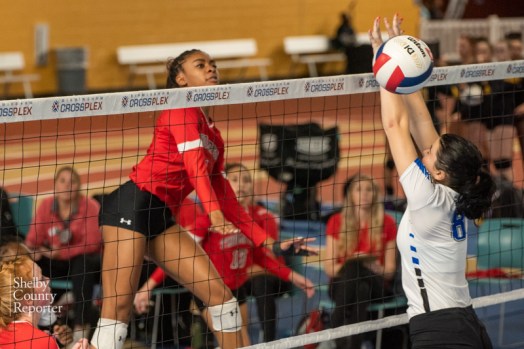 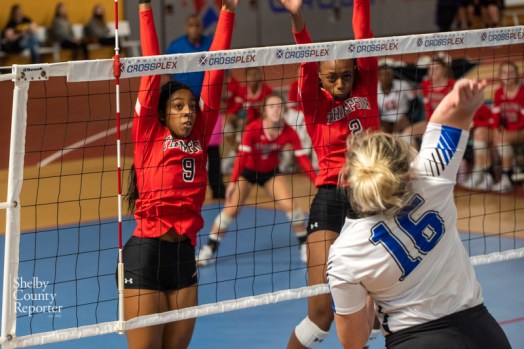 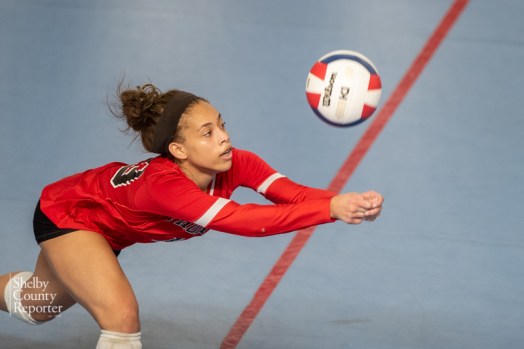 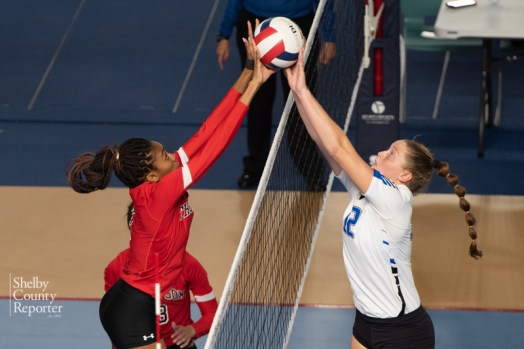 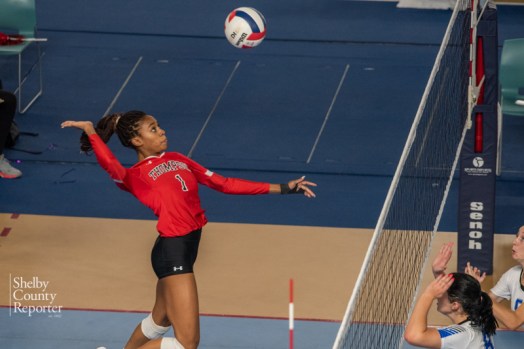 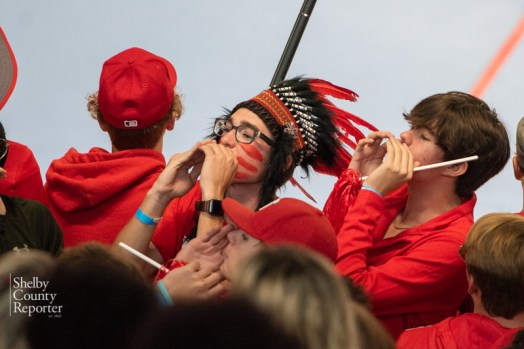 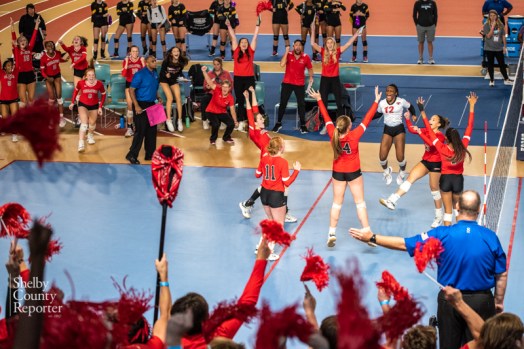 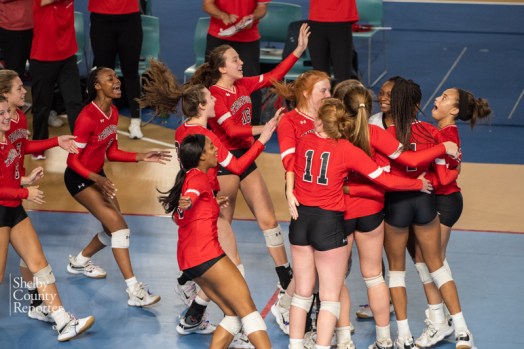 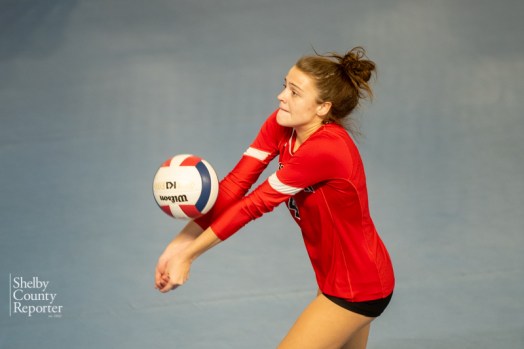 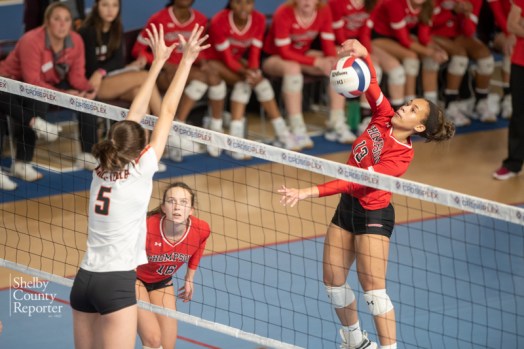 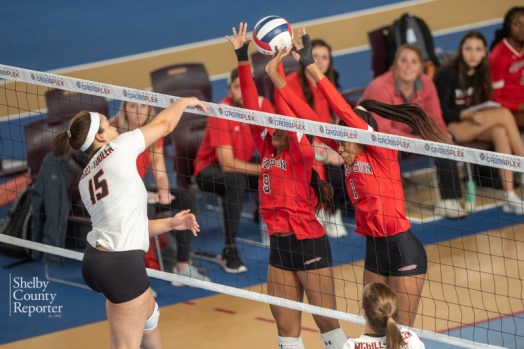 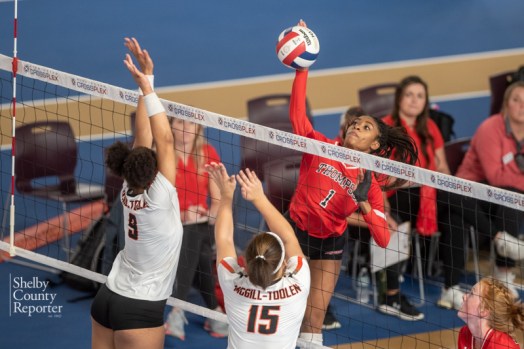 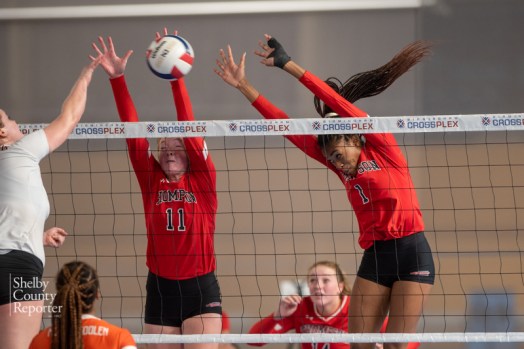 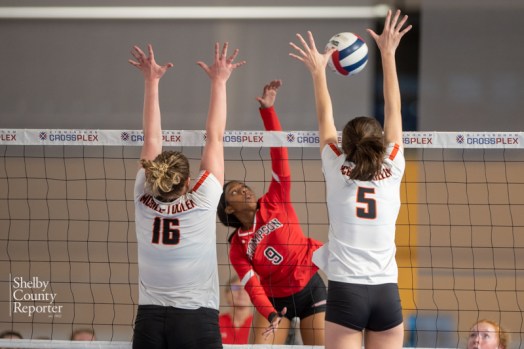 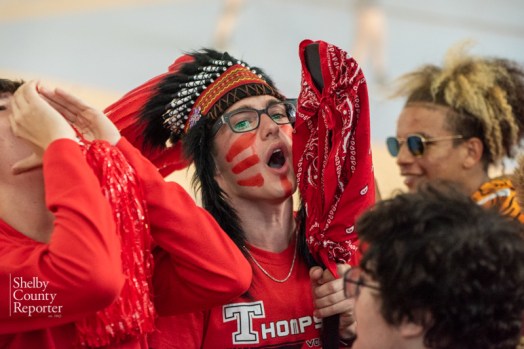 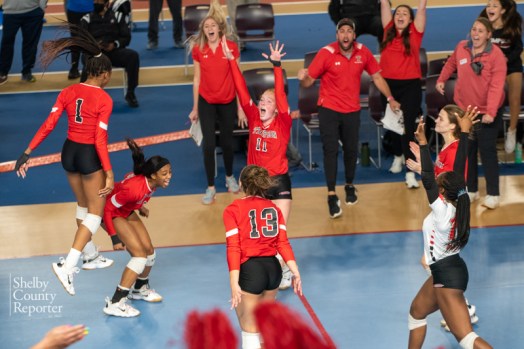 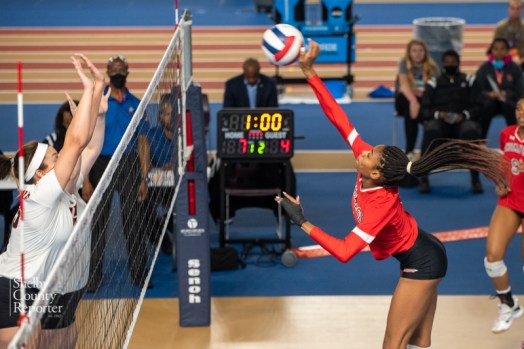 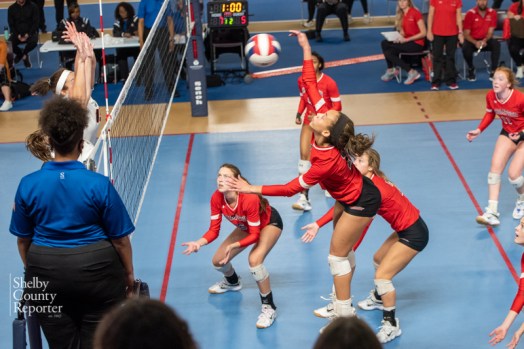 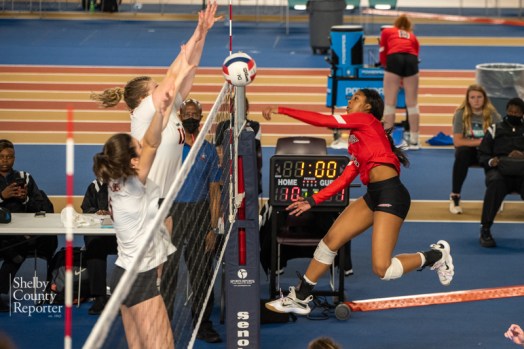 BIRMINGHAM – Standing on an empty court adjacent to the one the Thompson Warriors had just finished their Final Four match on, head coach Judy Green walked slowly from player to player, embracing each with a hug and words of affection.

Heartbroken following a five-set showdown with No. 2 McGill-Toolen for a spot in the state championship, the Warriors were overcome with emotion, but Green knew what each player meant to the program and thanked them for what they did to help make school history.

“I told them that, no matter what, win or lose, I’m proud of them,” Green said. “I know they’re hurting, but I told them I’m grateful that we were here and got the opportunity to be here. I’ll always remember the joy of this team, I won’t remember the sadness.”

And the joy came when Thompson took down Fairhope earlier in the day to punch a ticket to the Final Four for the second year in a row and first time in school history, less than a week after the Warriors made it to the finals of the North Regional for the first time in history.

“There’s not a lot of words to describe what they’ve done. They committed themselves,” Green said. “They came to the high school and wanted to do something that Thompson had never done before, and they have. Them getting to the super regional championship game, never been there, two final fours back-to-back, never been there. They’re great volleyball players, but they’re even better people. They represent Thompson high school in a manner that is pretty unique.”

In the opening match of the day against Fairhope, the Warriors were rarely tested through the first two sets, ultimately pulling away to win each 25-8 and 25-16 for a quick 2-0 lead.

Fairhope finally showed some fight with the season on the line in the third set and took a 10-7 lead. That set the stage for an exciting set.

The two went back-and-forth from there before Fairhope gained set point at 24-23. Thompson staved off that set point and did it twice more before winning three consecutive points for a 28-26 win.

That gave the Warriors a sweep and a spot in the Final Four for the second year in a row.

Thompson carried the momentum from early in the day over into the battle against No. 2 McGill-Toolen with a spot in the state championship on the line.

The Warriors took control for a rather easy opening set that saw them pull away for a 25-16 set victory and 1-0 match lead.

But having played a five-set matchup and lost earlier in the year to the Yellow Jackets, Thompson knew it wasn’t going to be that easy the rest of the way.

Thompson, however, bounced back in a big way in the third set. The Warriors led throughout, but ultimately fell behind at 24-23. Looking to avoid dropping two straight sets, Thompson responded with three point wins in a row to pull off a 26-24 win and get within a set of the state championship.

But McGill-Toolen wasn’t going down without a fight.

The Yellow Jackets quickly shifted into a new gear and started to find clean sets and hits on seemingly every point in the fourth set.

It made the difference in the fourth set, as McGill picked up a 25-18 victory with Thompson struggling to get clean sets.

That set a fifth-set tiebreaker to determine who would advance.

And again, the Jackets jumped out to a strong lead at 4-0, eventually extending it to 8-2.

Following a timeout, the Warriors got back to within three at 8-5, but a service error gave it back to McGill. The Yellow Jackets capitalized, and eventually gained match point at 14-7.

Thompson staved off three in a row to cut it to 14-10, but McGill took the next point to close out the set and end Thompson’s season.

“Our kids have nothing to be hanging their heads about,” Green said. “They’re hurt, they should be hurt. They care and there will be a lot of tears for a while, but they should be proud as well.”

Thompson was led by Bri Wilson with 23 kills and 30 digs during the two matches on Wednesday, while Baylee Southern added 11 kills, 24 digs and 28 assists. Kaitlyn Grant added 19 combined kills, while Caroline Canaday finished with 12 kills and 28 digs between the two matches.

Thompson finished the season 30-12 overall, while seven seniors left their mark in history.