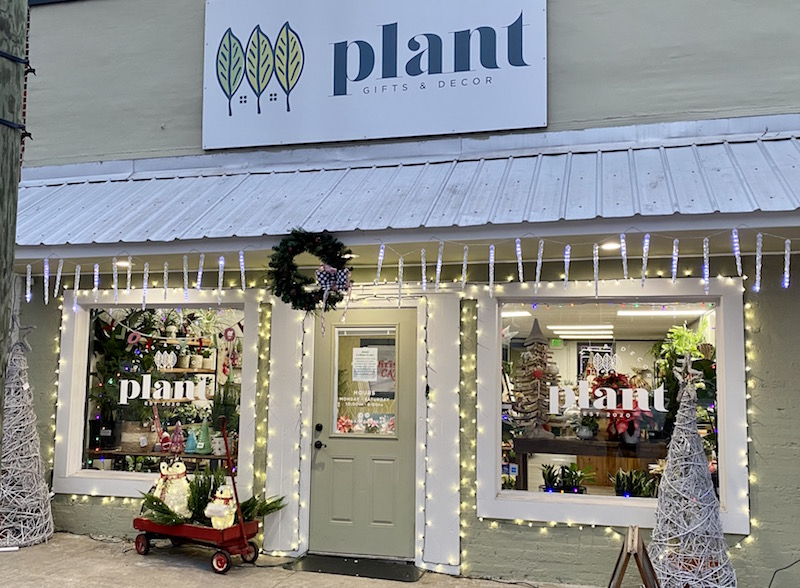 Pictured is one of the 2020 winners of Calera Main Street's Christmas window decorating contest. The contest features local businesses as well as civic and student groups. (Contributed/Calera Main Street)

CALERA – The holidays are right around the corner, and Calera Main Street is busy planning its November and December events, starting with its final First Friday of the year on Friday, Nov. 5 from 5-8 p.m.

First Friday showcases local vendors, food trucks and businesses along Main Street (U.S. 31 and Alabama 25) and is centered around Calera Courtyard located behind the shops via 17th Avenue. Notably, November’s festival will feature live music on the patio behind R.O.E. Hobby with country artist Joe Brantley.

“Coincidentally, that is the day that our Calera Eagles will be leaving to play in state championships, so the Calera merchants will be on the sidewalk with shakers and providing a good sendoff to our hometown team,” said Calera Main Street Director Jackie Batson.

Batson explained the reason First Friday is ending in November is because of the upcoming Christmas Village and parade on Dec. 4. That event is put on by the city of Calera and will take place in the same general location from 2-6 p.m., with the parade scheduled to start at 6.

“What’s really exciting for Main Street is our Christmas Window Decorating Contest,” added Batson. “This will be our second annual contest. Last year, we still had many vacant storefronts in our downtown, and we just wanted our downtown to be a little village; we wanted it to be interesting.”

Decorating for the contest will take place the week of Nov. 15 in order for the windows to be complete by Thanksgiving. Local merchants, civic groups, student groups and others are invited to decorate windows in the historic downtown district. Non-merchant participants will decorate the windows of vacant buildings in the area. Last year’s winners were plant and the Kiwanis Club of Calera.

“This year, we wanted to take what we did last year and improve upon it and make it bigger and better. We’re inviting school groups, civic groups, churches, businesses, really anybody that has an interest to sign up,” Batson said.

Those interested may email calerafirstfriday@gmail.com and identify the group they are representing, and provide a window design concept. Decorations can be either painted or 3D artwork. The Main Street Committee will then select candidates and alert them to which window they will be decorating. Awards will include a merchant prize and Main Street gift baskets awarded in both adult and student categories.