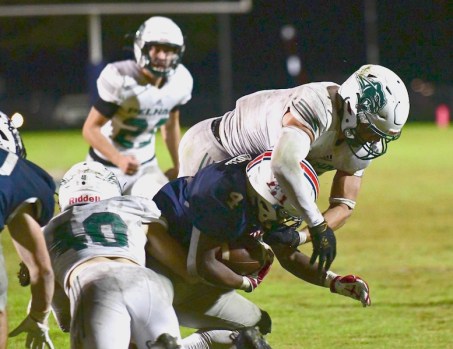 The Pelham defense made several big stops for the fourth week in a row to help the Panthers take down Homewood for the first time in eight years on Oct. 28. (For the Reporter/Jeremy Raines) 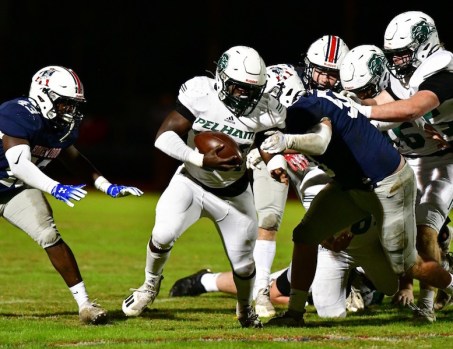 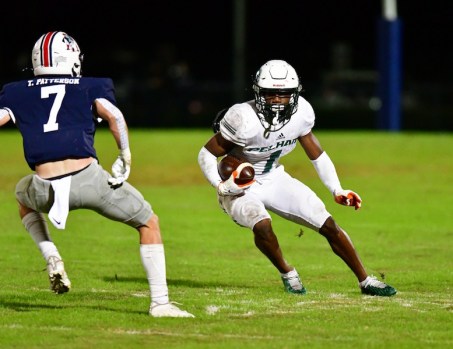 The Pelham Panthers will host McGill-Toolen in the opening round this Friday for our Game of the Week. (For the Reporter/Jeremy Raines) 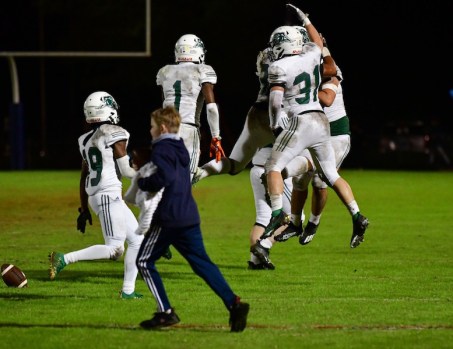 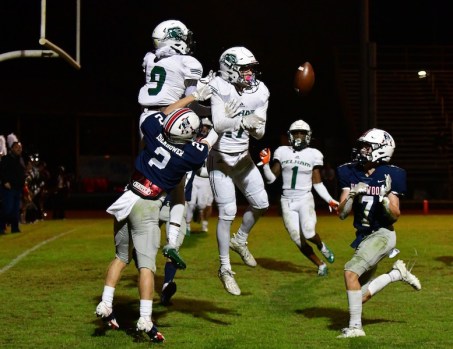 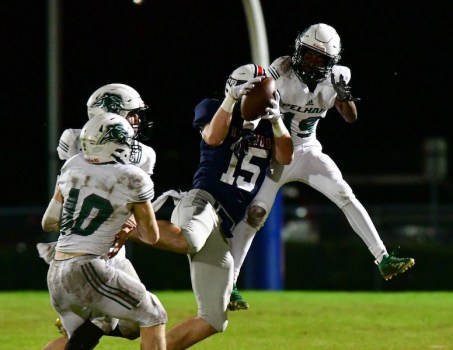 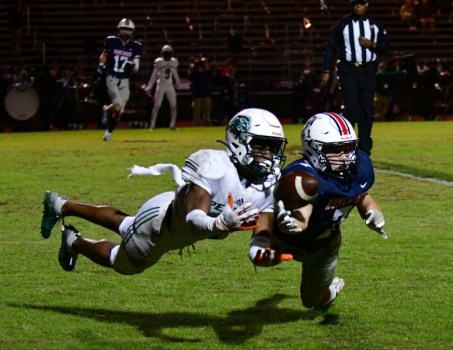 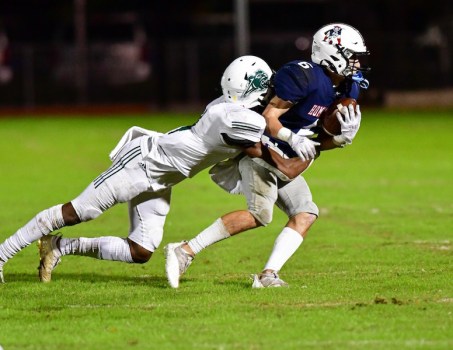 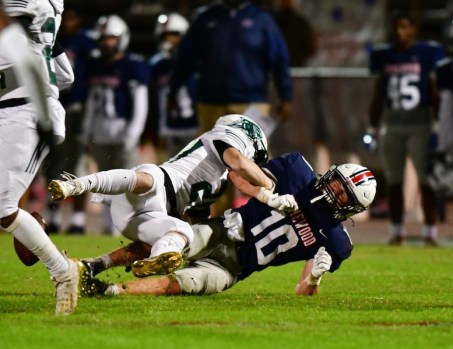 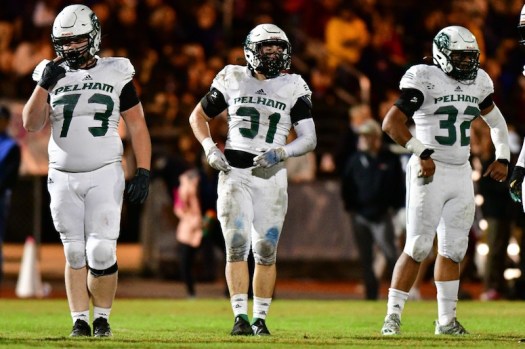 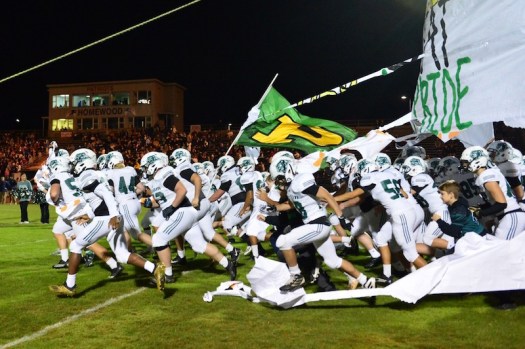 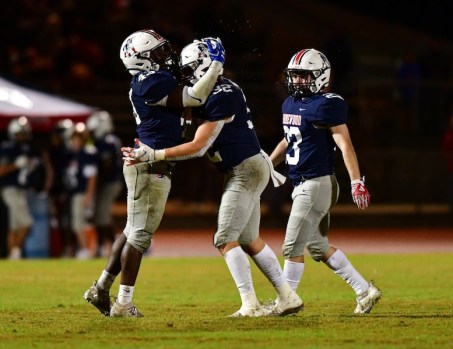 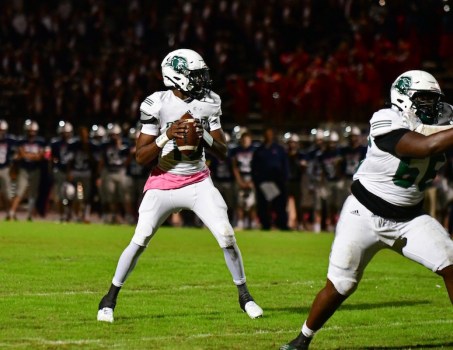 The Pelham Panthers won a defensive battle at Waldrop Stadium, beating the Homewood Patriots 10-7, batting down one final ball in the end zone as time expired.

“You know, this Homewood bunch, we haven’t beaten Homewood since I’ve been here,” Causey said postgame. “I think it’s good for our school and our program to get that win for sure.”

With the win, the Panthers finished the regular season 7-3 overall with four wins in a row heading into a playoff matchup with McGill-Toolen. Most impressive, however, has been the defense the last three weeks and for much of the season.

Entering the game giving up 14 on the number in three straight and 21 or less in six of their nine games, the Panthers came up big on that side of the ball once again.

The Panthers’ offense appeared to get off to a strong start, driving down the field and eventually nailing a 23-yard field goal for a 3-0 lead early.

However, Pelham went on to punt or turn the ball over on downs for the rest of the first half.

But thanks to the defense of the Panthers, Homewood didn’t fare any better, which led to a quick and low-scoring first half with Pelham in front 3-0 at the break.

“I think a lot of that had to do with Homewood tonight,” coach Causey said about the slow first half. “They’re a really good defense, they’re very sound, and they don’t make a lot of mistakes and they’re always where they’re supposed to be so we knew scoring was going to be tough.”

But, like the first half, the second half started with a bang for Pelham’s offense. Gabe Gamble showed off his speed to open Pelham’s first drive of the second half with a 68-yard touchdown run, which gave the Panthers a 10-0 lead.

That was part of a 193-yard night for Gamble, who carried the ball 18 times.

After a Brayden Marlowe interception ended Homewood’s next drive, the Patriots finally started moving the ball on the following two drives.

On the ensuing drive, Aron Marsch broke through on a short run to cap off an 11-play drive that cut the Panthers’ lead to just three points.

On the next Pelham drive, the Panthers rode a 41-yard Gamble run on fourth down to the Homewood 9-yard line, but the Patriots held Pelham twice before Carter Engle picked off the ball on third-and-goal.

With just 2:57 left in the game and the ball on Homewood’s own 1-yard line, the Patriots marched down the field on a long drive, which included multiple key catches from Marsch.

However, the Patriots decided to go for the win from the Pelham 28-yard line in the final seconds rather than attempt the game-tying field goal.

The Panthers’ defense stepped up one last time and batted down the final pass attempt to hold on for the 10-7 win.

“Our defense has been getting better every week and they’ve got a heck of a challenge next week in McGill,” Causey said. “I think it’s always good to be building off of something positive like that going into the playoffs, that’s an unbelievable positive to, really for most of the night, kept them in check and kept them on our side of the ball. I’m proud of our defense and our special teams tonight, that was the difference in the game.”

Pelham’s next test comes in the 6A state playoffs against the McGill-Toolen Yellow Jackets at home next Friday night.