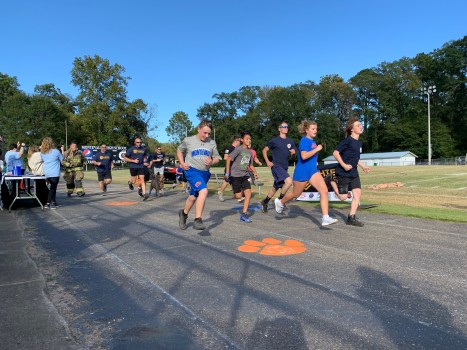 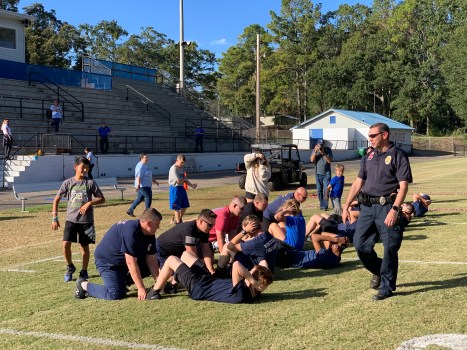 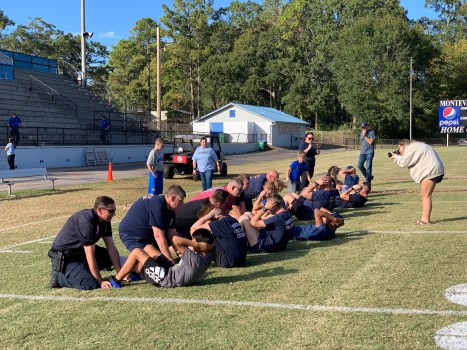 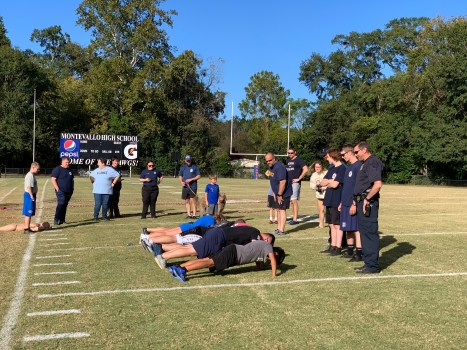 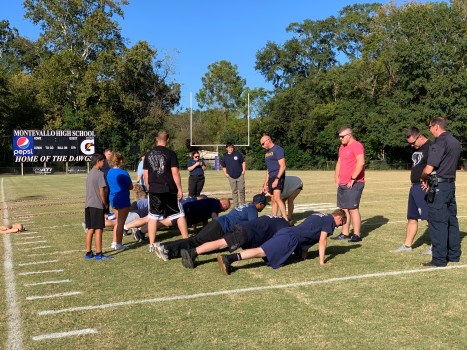 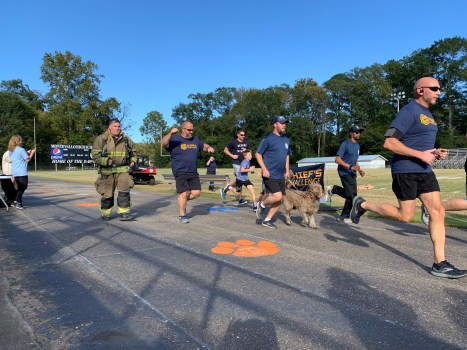 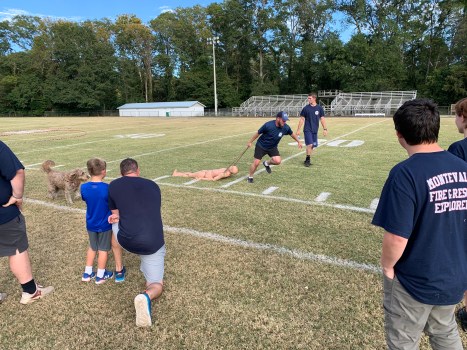 MONTEVALLO – Spectators took their seats as people milled around on the track at Montevallo High School’s football stadium on Wednesday, Oct. 27, stretching and chatting with each other before the afternoon’s events.

They weren’t there for a team practice or game; they were preparing for the second annual Chief’s Challenge, a race in which students from Montevallo Middle and High schools competed against the city’s police officers and firefighters to complete the physical standards required for the Police Academy.

Sponsored by the Impact Montevallo Coalition, the Chief’s Challenge was one of several activities held during Red Ribbon Week to promote the physical and mental benefits of a healthy, drug-free lifestyle.

“This is a great event for building community,” Impact Montevallo Program Director Sarah Hogan said. “Our citizens cheering on our first responders and youth. Relationships built with participating youth provides opportunity for mentorship and encouragement of positive behaviors. Comradery is also increased among all of our first responders in a fun, competitive environment.”

The challenge consisted of a 1.5-mile run, sit-ups, push-ups, tug of war and a manikin drag – a test in which each participant attempted to drag a 170-pound manikin nicknamed “Monty” for 30 yards.

Hogan said all of this year’s participants did an outstanding job.

“One of our middle school students finished the 1.5-mile race first, with Chief (Jeremy) Littleton coming in on his heels,” she said. “All participants completed the sit-ups and push-ups with no issue.”

Hogan said the crowd was impressed when both Fire Chief Brad Davis and Police Chief Jeremy Littleton pulled the manikin over 100 yards.

In addition, Montevallo Fire and Rescue’s team led by Davis won the inaugural tug of war.

“The crowd was wonderful cheering on our participants,” Hogan said. “We look forward to expanding and keeping this annual tradition to celebrate Red Ribbon Week and making a positive impact in our community.”

Winners of the challenge received various prizes, including local restaurant gift cards, promotional items, T-shirts and extra raffle tickets for a drawing for an iPad, Beats earbuds or Amazon Fire Tablet with keyboard and Microsoft suite.

To cap off the day’s events, Littleton, Davis and Montevallo’s School Resource Officers agreed to take a pie to the face from whomever the winners of each heat chose for the task.