Oak Mountain falls to 6A No. 1 Clay-Chalkville ahead of playoffs 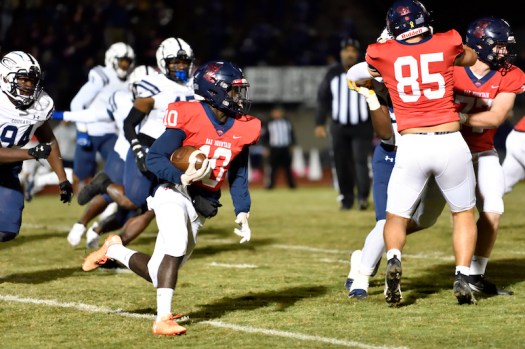 The Oak Mountain Eagles ended the regular season with a loss to Class 6A No. 1 Clay-Chalkville on Thursday, Oct. 28. (For the Reporter Barry Clemmons) 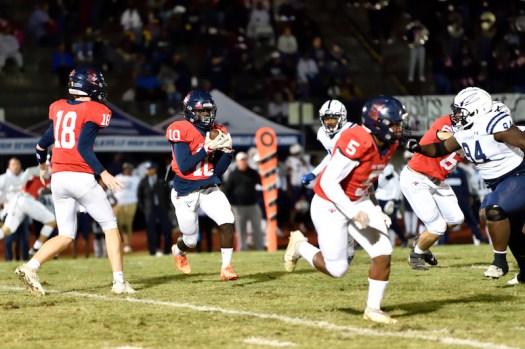 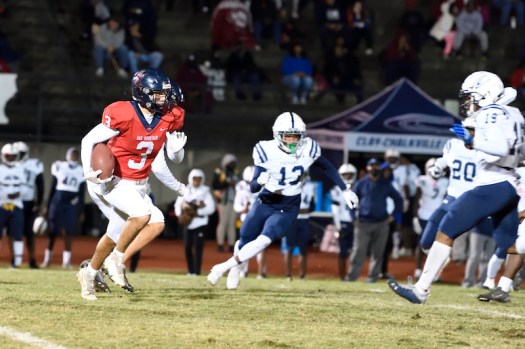 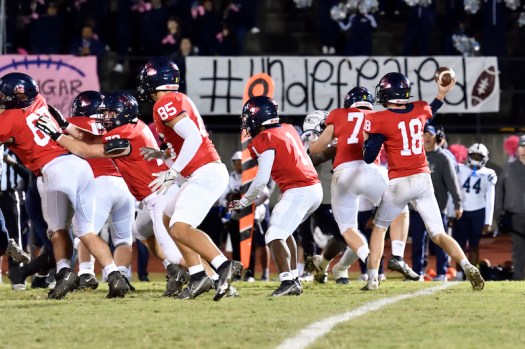 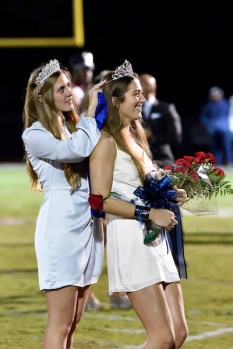 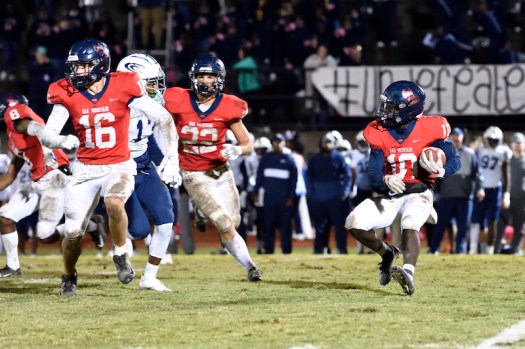 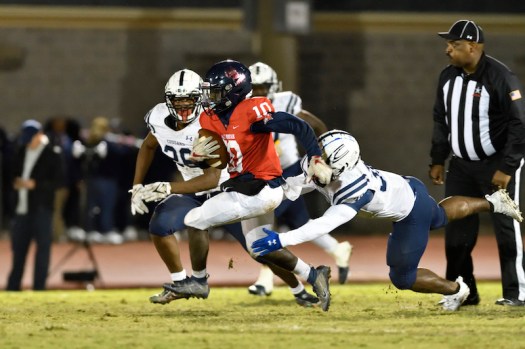 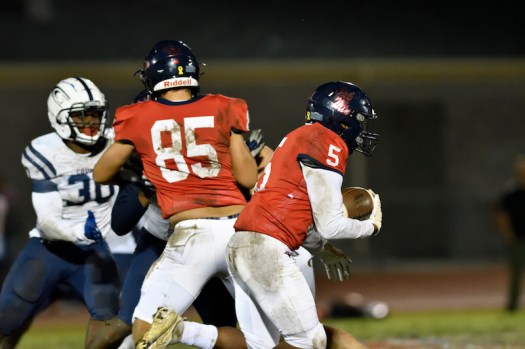 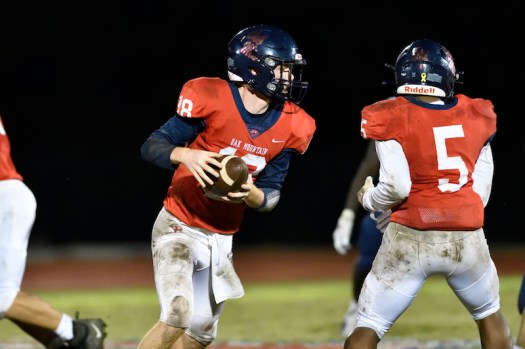 NORTH SHELBY – It was tough sledding for the Oak Mountain Eagles on homecoming against Class 6A state championship contender No. 1 Clay-Chalkville on Thursday, Oct. 28.

The Cougars visited Heardmont Park and didn’t skip a beat, shutting out the Eagles 48-0 to cap off a 10-0 regular season.

Playing a team as good as Clay-Chalkville, the margin for error was slim for Oak Mountain, but the Eagles committed numerous mistakes with the most glaring being two pick sixes ran back for touchdowns in each half with starting quarterback Evan Smith still sidelined with an injury.

Clay-Chalkville started fast and never looked back as quarterback Khalib Johnson launched a 58-yard touchdown pass to Marquarius White on the Cougars’ first offensive play of the night to make it 8-0 after a successful two-point conversion.

Oak Mountain freshman quarterback Will O’Dell started his second game in a row in place of Smith, and was forced to take on a defense giving up just 11.4 points per game.

O’Dell threw two interceptions and fumbled in the game with the first interception coming near the end of the first quarter when Clay-Chalkville’s Matthew Yafondo picked it off and ran it back 21 yards for the score to make it 14-0 Cougars.

Despite struggling offensively, Oak Mountain was able to force a turnover on downs a few times defensively, but as the game wore on, the defense needed more help from the Eagles’ offense to stay in the game.

“Yeah I think we sputtered on offense, and we had some good things happen but we just couldn’t be consistent enough,” Oak Mountain head coach Tyler Crane said. “I’m really proud of how the young guys played, and I think Will O’Dell is going to be great one day. He’s learning, but we’ve got to have other guys step up and become leaders. When certain guys aren’t on the field.”

Trailing 20-0 at halftime, things only got worse for Oak Mountain in the third quarter as Clay-Chalkville scored 20 points in a span of 2:29 to put the game out of reach.

The first score of the third quarter came on a 49-yard touchdown pass to make it 28-0, followed by a 1-yard touchdown run from Edward Osley that was set up following an O’Dell sack and fumble that the Cougars recovered at the 6-yard line. The final score of the stretch came when O’Dell was picked off by Devin Finley who returned it 20 yards for a pick six to extend Clay-Chalkville’s lead to 40-0.

The final score of the game came early in the fourth quarter when Clay-Chalkville’s Rodreckus Johnson scored on a 17-yard run to bring the final score to 48-0.

With the loss, Oak Mountain finished the regular season 6-4, but the Eagles will begin preparing for the 7A playoffs where they will travel to take on James Clemens on Thursday, Nov. 4, looking to pull off a first-round upset in almost identical fashion to last year’s win against Austin in the opening round.