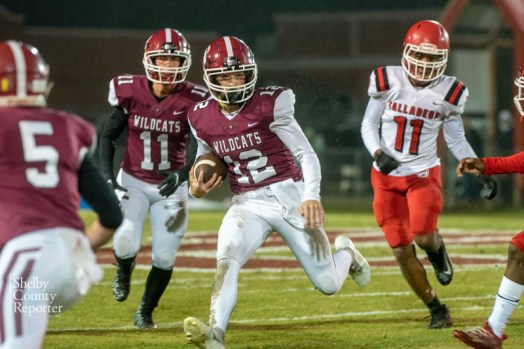 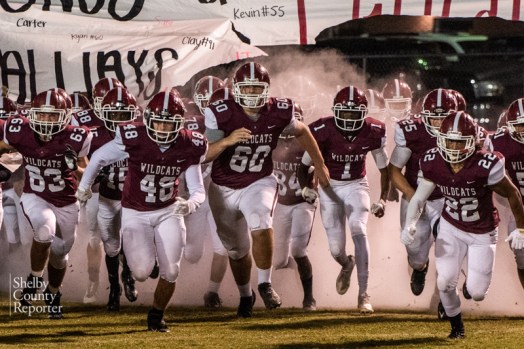 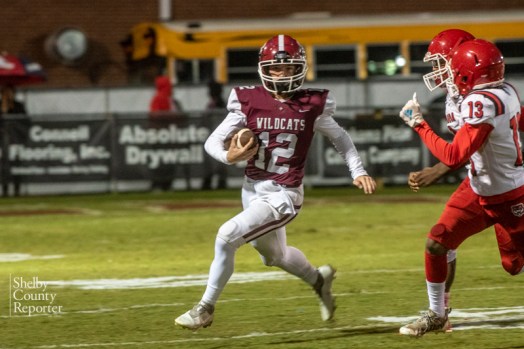 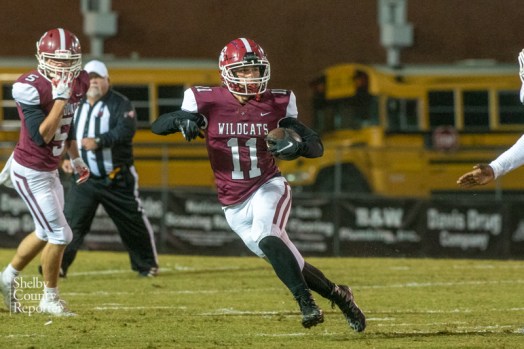 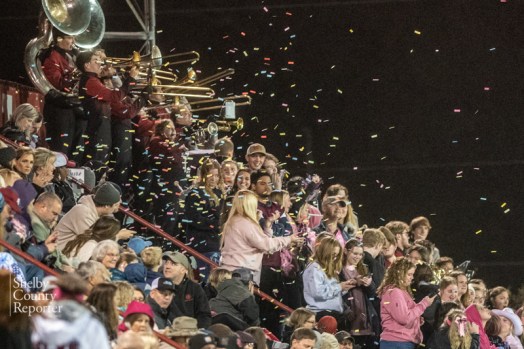 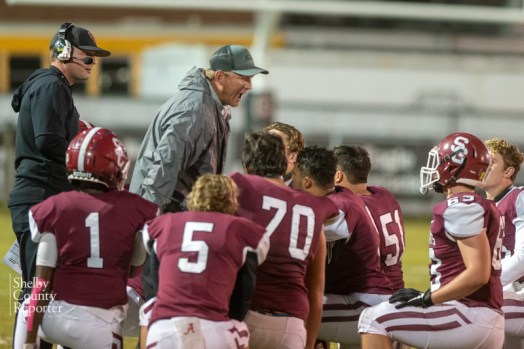 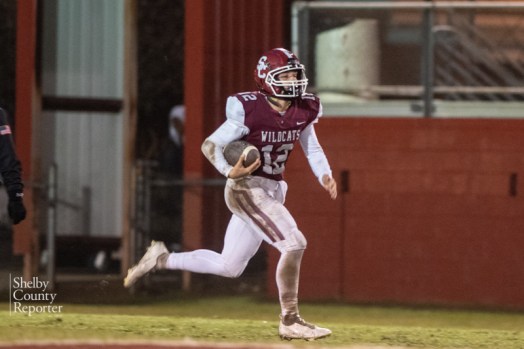 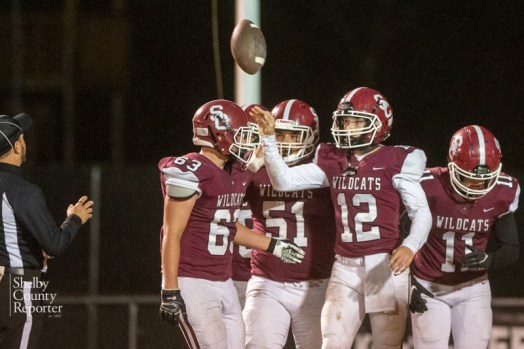 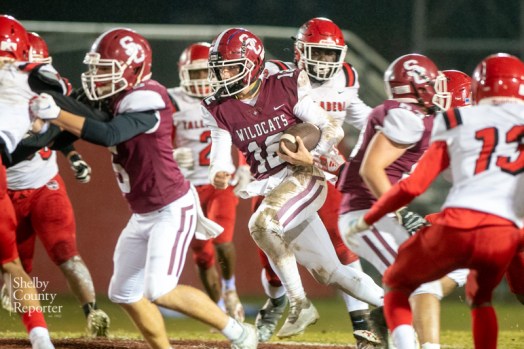 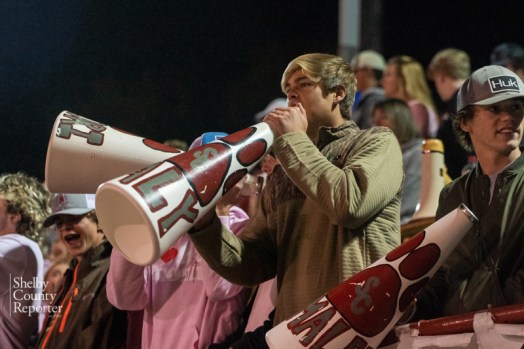 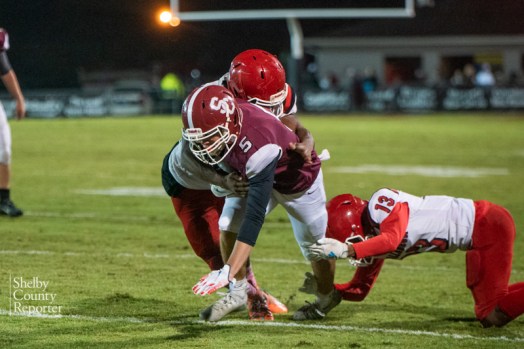 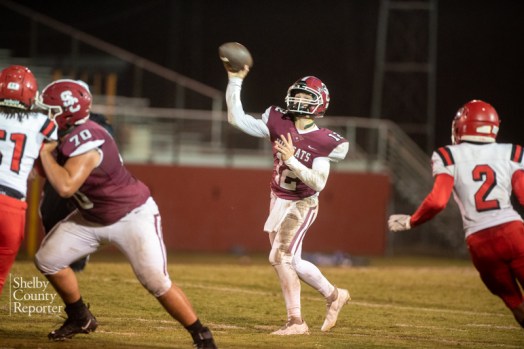 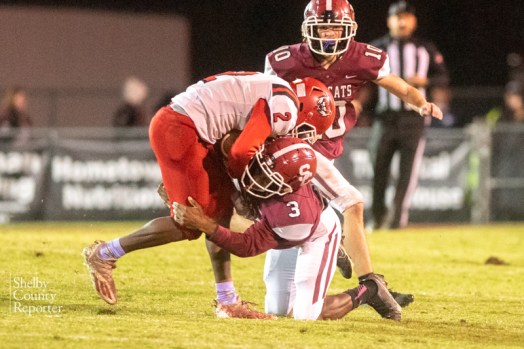 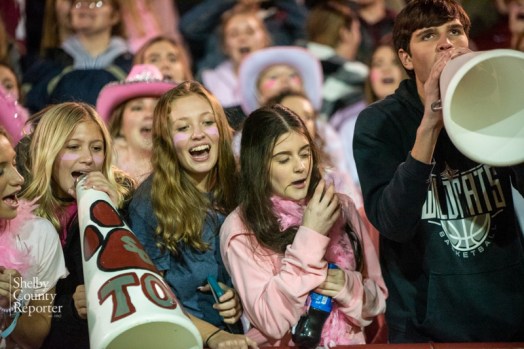 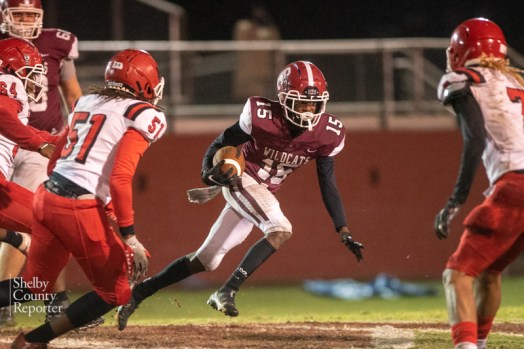 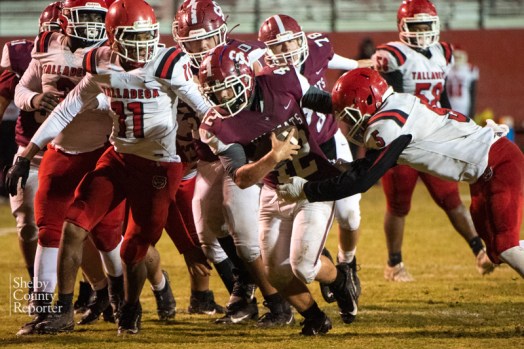 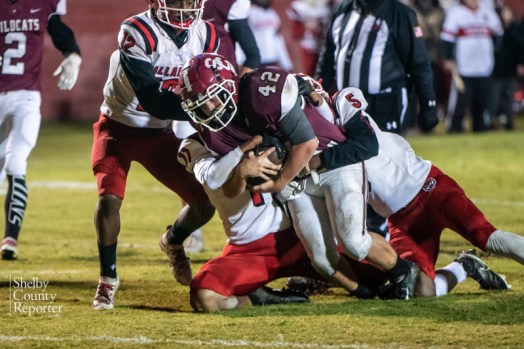 COLUMBIANA – Three forced turnovers by the defense in the second half and big nights from Connor Aderholt and Bradley Horton helped the Shelby County Wildcats close out the regular season with a 35-21 on Friday, Oct. 29.

The defense also found a rhythm in the second half with Jecorean Butler picking up two interceptions that led to touchdowns and William Stroud recovering a fumble that led to a touchdown.

All of those plays helped the Wildcats close out the regular season at 5-4, but head coach Zeb Ellison pointed to the improvement from June until now as the highlight of the night.

“We came into the summer, new system offensively and defensively, just a different way of doing things. Our kids bought in, and we got better each and every day,” Ellison said. “June was very basic, then we amped things up in July. We opened up with good opponents and were able to really progress through the season. Our guys rose to the challenge, and we really pushed them. That says a lot about them and a lot about their character, playing for each other and not themselves.”

Early on, however, the Wildcats struggled with what Ellison called one of their sloppiest halves of the season.

Talladega capitalized and took the early lead in the game on one of their biggest chunk plays of the night when Quantavius McKenzie hit Tay’Shaune Phillips for a 70-yard touchdown and a 7-0 lead with 8:51 left in the first quarter.

That, however, was followed by the Connor Aderholt show.

The senior quarterback scored his first of two touchdowns in the first half when he punched in a run from 4 yards out. It capped off a nine-play drive that saw big runs from both Aderholt and sophomore Bradley Horton. Following a missed PAT, the Wildcats trailed 7-6 with 5:26 left in the opening quarter.

The defense, which forced back-to-back three-and-outs following the first score, gave the ball right back to the Shelby County offense.

And Aderholt picked up right where he left off. On the first play of the drive, he cut back across the field and went 73 yards to the house before then plunging in a two-point conversion to give the Wildcats a 14-7 lead at the end of the first quarter.

Play in the second quarter was sloppy from both teams, as penalties and turnovers plagued both.

But in the final five minutes, Talladega was able to capitalize on a big pass interference penalty in the end zone that led to an easy touchdown pass for the Tigers shortly after to even the game at 14-14 going into the halftime break.

“The first half was about as sloppy as we’ve played all year. That’s probably an understatement,” Ellison said. “They seemed to be more locked in in the second half after a pleasant little conversation we had at halftime, started bringing a little bit more pressure.”

And it paid off quickly.

After Talladega missed a 33-yard field goal and Shelby County was forced to punt, the Wildcats got their first interception from Butler.

It set up a 12-play drive that helped the Wildcats regain the lead at 21-13 after Horton ran in his first touchdown of the night.

On the ensuing drive, the Tigers were near midfield when Butler came up with his second interception in as many drives to put the ball right back in the hands of Shelby County’s offense.

The Wildcats capitalized when Horton took in his second score, this time from 7 yards out to make it 28-14 with 10:12 left in the game.

Then, for the third drive in a row, Shelby County came away with a turnover from the defense when Stroud jumped on the ball.

The Wildcats again capitalized on the legs of Horton once again, who carried in his third touchdown of the half from 35 yards out to make it 35-14 with 4:07 to play.

Talladega did score one more touchdown on a fourth-down conversion, but it wasn’t enough in the 35-21 loss.

Stroud led the defense with seven tackles, while he had one tackle for loss and the fumble recovery. Butler added four tackles in addition to his interception.

Now, the Wildcats will get set to host Faith Academy in the opening round of the playoffs. It marks the first home playoff game for the Wildcats since 2009, something Ellison, a graduate of the school, couldn’t be more proud of in his first season.

“It’s incredible. It’s incredible for our community, our kids, you know, our school. It’s been a long time since that’s happened,” he said. “We’ve got a very, very good opponent coming in here. We’re going to live it up and see where the road takes us.”