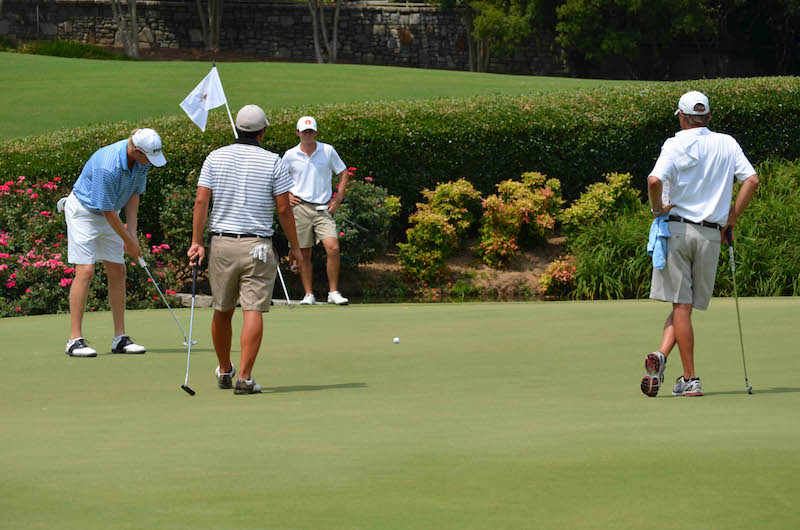 BIRMINGHAM – The Board of Directors for Sozo Children will hold its annual charity golf event at the Greystone Legacy course on Thursday, Nov. 4.

The Ninth Annual Sozo Golf Tournament will raise funds and awareness for the ministry of Birmingham-based Sozo Children.

“The Sozo Golf Tournament allows local companies to leverage our business influence from a local golf course to around the world by meeting the needs of children at risk in Uganda,” said Board Chairman Tommy Schrock of R J Mechanical. “I have had several company owners share with me what a joy it is to get to sponsor an event whose cause goes a lot farther than most other opportunities in the area.”

Sozo Children was created in 2010 when two recent college graduates on a short-term mission trip to Uganda discovered an orphanage where children had been abandoned to care for themselves.

They reached out to Suzanne Owens, their former youth pastor in Birmingham, for help.

“Sozo started out of an immediate need to care for the most vulnerable children in Uganda,” said Owens, CEO of Sozo Children. “While serving in Uganda, we witnessed children living in a children’s home going without food for days at a time and being totally neglected and abused on many levels. We felt the Holy Spirit move and Sozo Children became a reality soon after.”

“Through the Sozo Golf tournament, we have seen several individuals join Sozo’s journey through our child sponsorship program,” Schrock added. “I know for me and my family sponsoring a child has become one of our family’s greatest joys as we have gotten to build close relationships with these children.”

The ministry began when Owens and her team met a 3-year-old girl who could not bathe due to lack of water and whose feet were raw from rat bites.

Initially, the new ministry took in 17 children from one former children’s home.

As many as 300 children, some of whom walk miles to attend, share snacks and devotional time.

Tournament participants will play in a scramble format with a shotgun start at 10 a.m. with prizes and hors d’oeuvres to follow.

For more information on the tournament, including corporate sponsor information, visit Sozochildren.org/bhamgolf.