Briarwood pulls away from Corner, heads into postseason with 9-1 record 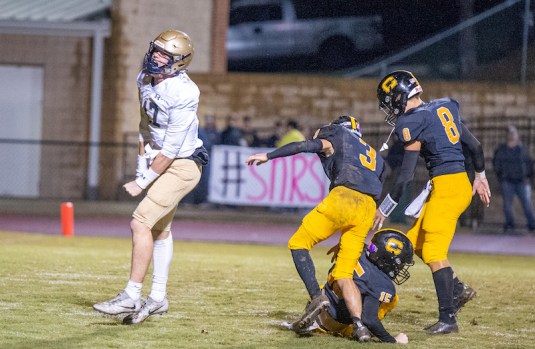 The Briarwood Lions took down Corner on Friday night to finish the regular season 9-1 overall. (For the Reporter/Larry Dancy) 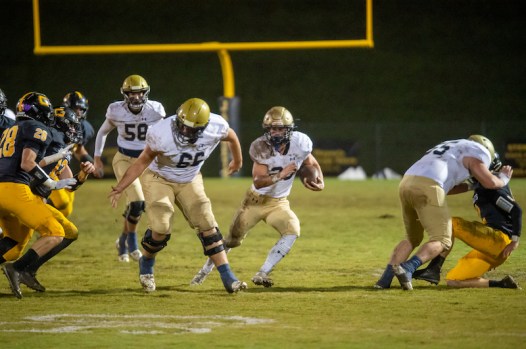 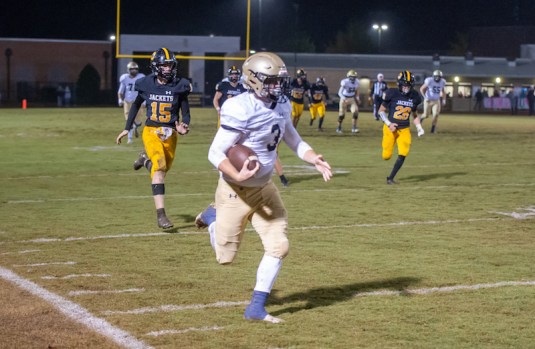 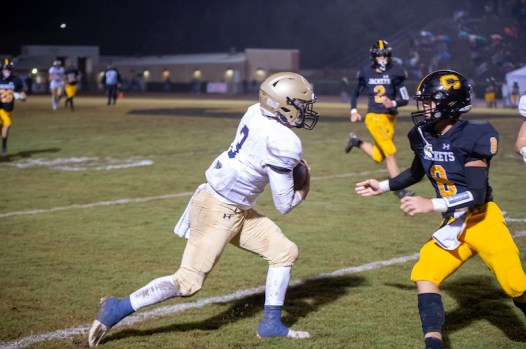 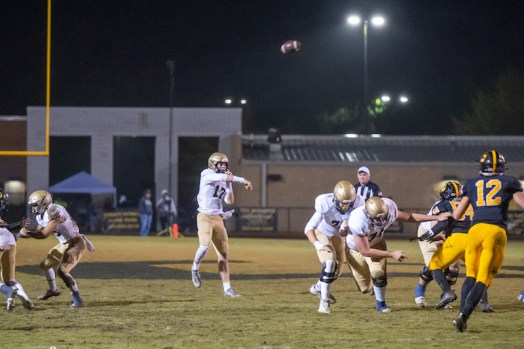 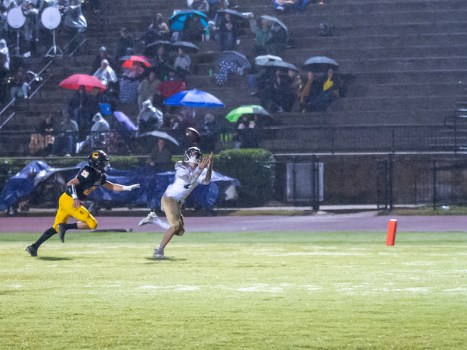 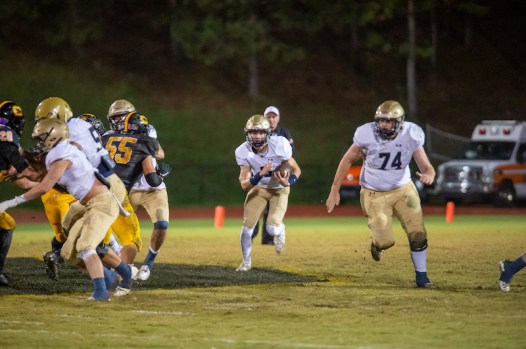 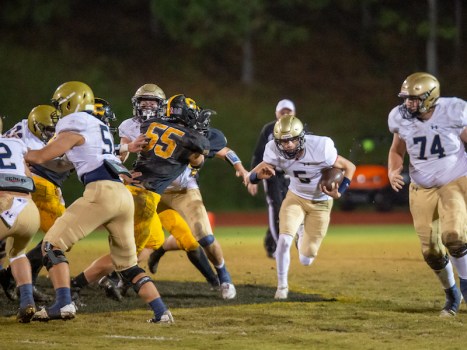 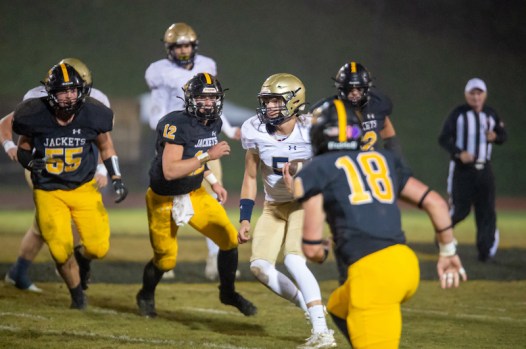 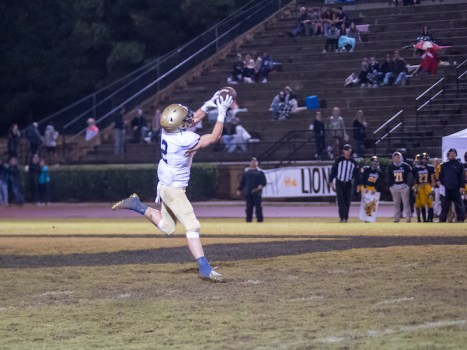 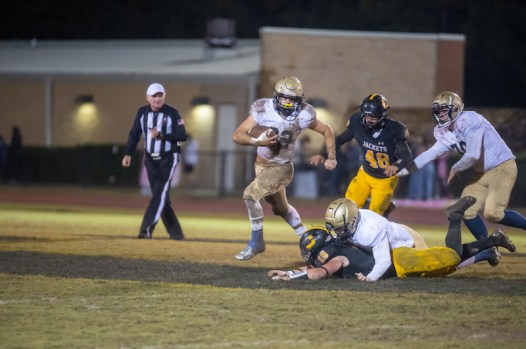 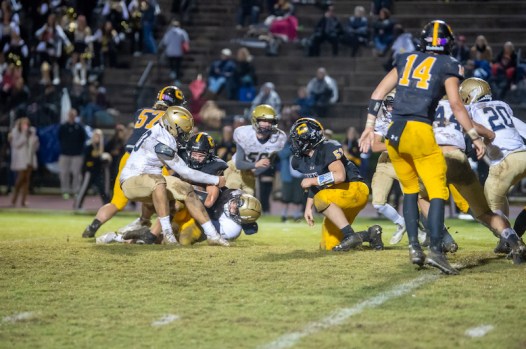 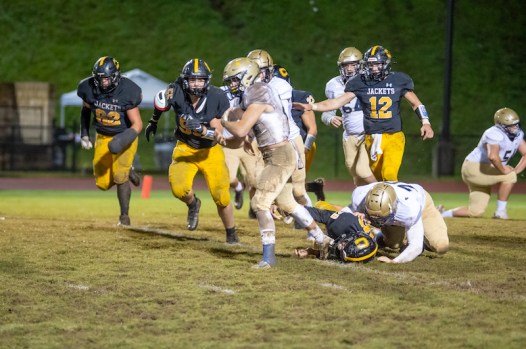 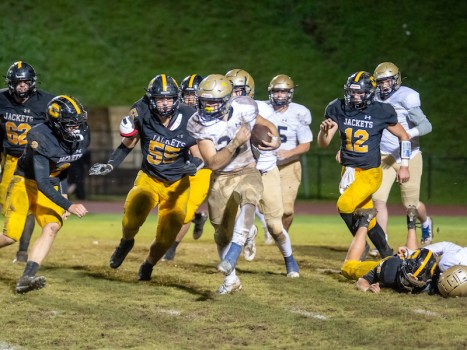 DORA – The Briarwood Lions closed out the regular season with one last win on Friday night, Oct. 29, taking down Corner 40-15 behind big performances from Luke Reebals and Christopher Vizzina.

The Lions scored 19 points in the first quarter and led 26-0 at the half before eventually taking a commanding 40-0 lead in the third quarter. Corner added two late scores to make the game look slightly closer at the end of the night.

Briarwood started the game quickly on the legs of Reebals. He capped off a short drive with a 17-yard touchdown run to give the Lions an early 6-0 advantage after the extra point was missed.

Following an interception by Reece Garner, the offense went right back to work. This time, it was Vizzina who rumbled 25 yards into the end zone for a touchdown and 13-0 lead midway through the opening quarter.

After another defensive stop, Briarwood put together a methodical drive that ended with Reebals’ second touchdown of the quarter for a 19-0 lead with the extra point blocked this time.

Then, after dominating on the ground for the entire first quarter, Briarwood was able to take advantage of a Corner defense that started to sneak up into the box.

Early in the second quarter, Vizzina capitalized with a 27-yard touchdown pass to Ethan Anderson to extend Briarwood’s lead to 26-0, which ultimately became the halftime score.

But the break didn’t prevent the Lions from holding their momentum.

With passing lanes still opened, Vizzina hit Luke Gilbert for a 65-yard touchdown on the opening drive of the third quarter to make it 33-0.

Briarwood got one more touchdown from Reebals in the quarter to make it 40-0 before Corner scored one touchdown late in the third and one in the final 3:15 of the game.

Reebals led Briarwood with more than 100 all-purpose yards, including 80-plus on the ground. Vizzina added one rushing touchdown and two passing touchdowns for the Lions with 200-plus passing yards.

Briarwood will now host Fort Payne on Nov. 5 in the first round of the playoffs.