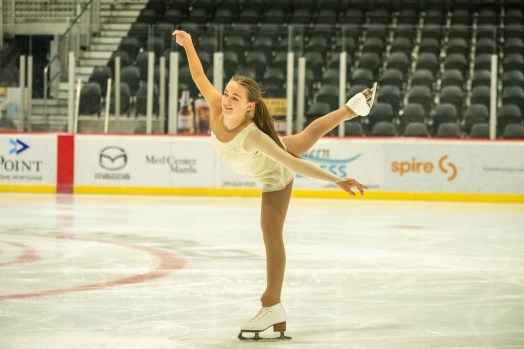 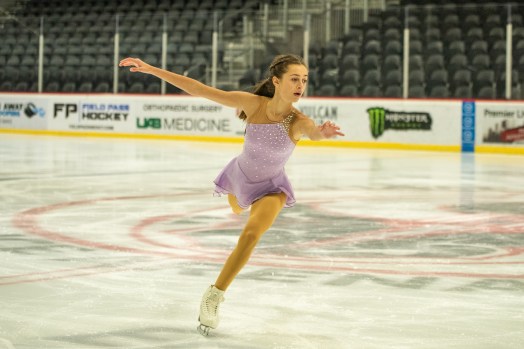 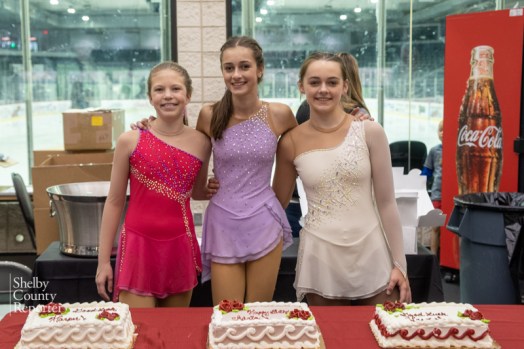 The Birmingham Figure Skating Club held a special sendoff party for three of their members, who are set to compete in the 2022 U.S. Figure Skating Championship. Left to right: Harper Breitenfeld, Adria Lilac and Blayne Powers. (Reporter Photo/Keith McCoy) 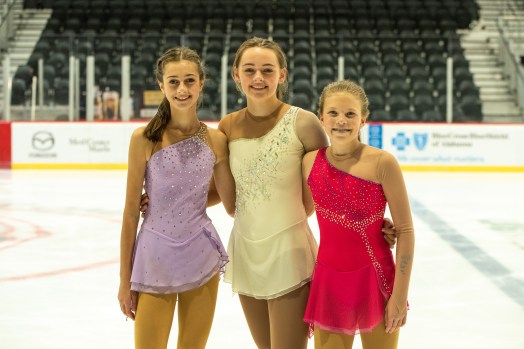 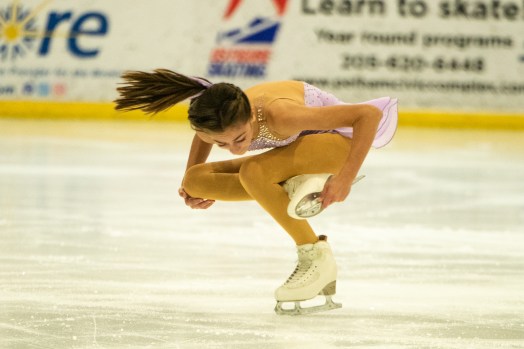 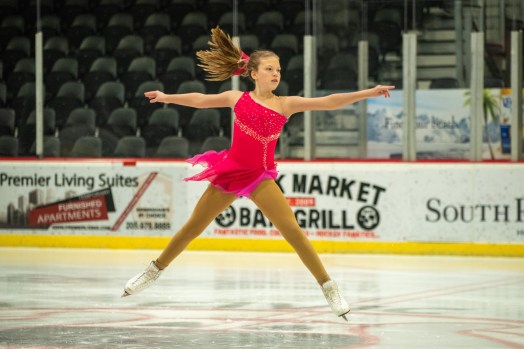 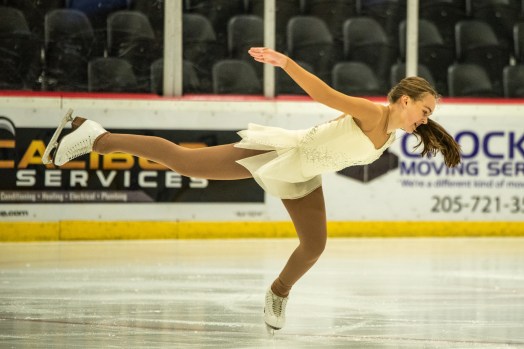 PELHAM – On Saturday, Oct. 30, the Birmingham Figure Skating Club held a special sendoff for three of their members at the Pelham Civic Complex and Ice Arena.

It was a very exciting occasion as the three young girls are set to compete in the 2022 U.S. Figure Skating Championship.

The 2022 U.S. Figure Skating Championship Series is presented by Toyota, and is scheduled to take place Oct. 4 – Nov. 20, 2021 in eight locations, permitting athletes to compete at up to two competitions in the location of their choice.

The top four finishers in Novice, Juvenile and Intermediate will advance to the National High Performance Development Team (NHPDT). The top three scoring novice single athletes in the nation will also be invited to compete in Junior at the 2022 Toyota U.S. Figure Skating Championships.

“This is huge for our skating community, for our club,” said Susie Gray, the president of the BFSC. “It’s been a while since we’ve sent any non-adult skaters to any competition of this level. We have skaters representing our club currently at all levels, from beginner to collegiate to adult, but this is just amazing. The girls have worked so hard.”

“It’s something I didn’t think I would get to this quickly,” said Lilac. “It’s just really cool. I was not at this level a year ago, so it’s really cool how much I’ve improved.”

Powers and Breitenfeld agreed with Lilac that especially after COVID-19 hit, neither thought they would be ready to compete at this level. They credit the dedication and encouragement of their coach, Emily Sanders, to making it to where they are now.

“Skating teaches you so much about life skills,” said Sanders, who coaches all three of the girls. “It teaches you that even if you fall down, you get right back up again and dive back into it.”

The girls skate in the morning before school for about two hours every day to train. Gray said without the Pelham ice rink, these opportunities wouldn’t be possible.

“We are incredibly fortunate to have an ice-skating rink in Pelham,” Gray said. “This rink has produced some major champions and phenomenal coaches. We are so proud of all of our skaters.”

“We offer something for everyone,” she said. “We even have some parents that take lessons after their children start so they can do this sport together. We have several siblings who skate together, and it becomes like a second family.”