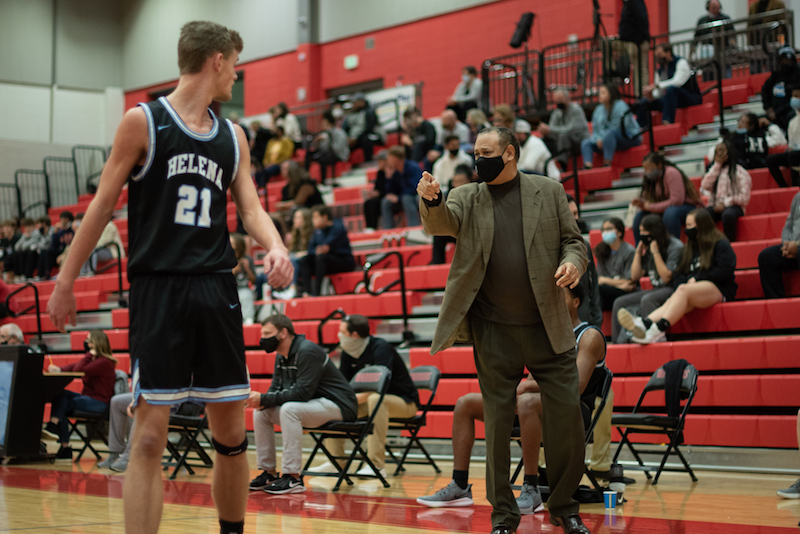 Helena head coach Billy Grant will retire at the end of the 2021-2022 basketball season and hopes thinks this year’s team is a special one to go out with. (File)

One of the state’s legendary coaches will hang it up at the end of the 2021-2022 basketball season, but not before one last ride as the head coach of the Helena Huskies.

Billy Grant was named the second head coach in Helena’s history back in 2018, and is now heading into year four leading the Huskies, which will be his last.

In his 39th year of coaching and 37th as a head coach, he is hoping for one final special ride with the Huskies.

“It’s going to be hard,” he said. “I still enjoy what I’m doing. Hopefully I get a chance to volunteer somewhere after this, but these guys are great to be coaching for my last year as a head coach. Just the relationships I’ve gained, I just have loved being around them. Although, I’m not sure how much they’ve loved being around me.”

And the Huskies will hope that playing for their head coach ignites a fire after struggling with a young team last year en route to four wins.

Last year’s team was young with just one senior, and this year’s will be relatively young as well with just two seniors and several sophomores on the roster.

“I’m excited to see how much we’ve grown through summer work, the preseason and weight training,” Grant said. “Our guys have done a great job. Hopefully we’ll be a little better this year.”

Last year’s group, while they did struggle at times, featured a starting lineup of three sophomores, one freshman and one junior.

That gives this year’s group much more experience, which Grant said will be key.

“I’m a believer that there is no better teacher than experience,” he said. “This year, we’re going to try to play around eight guys. Hopefully that helps them get better and will create some cohesiveness between the guys and give them a better feel of each other playing together.”

The Huskies will get several of their key contributors back with the return of leading-scorer Josh Williams, as well as Charlie Marshall, Jacob Satterfield and Owen Davis. 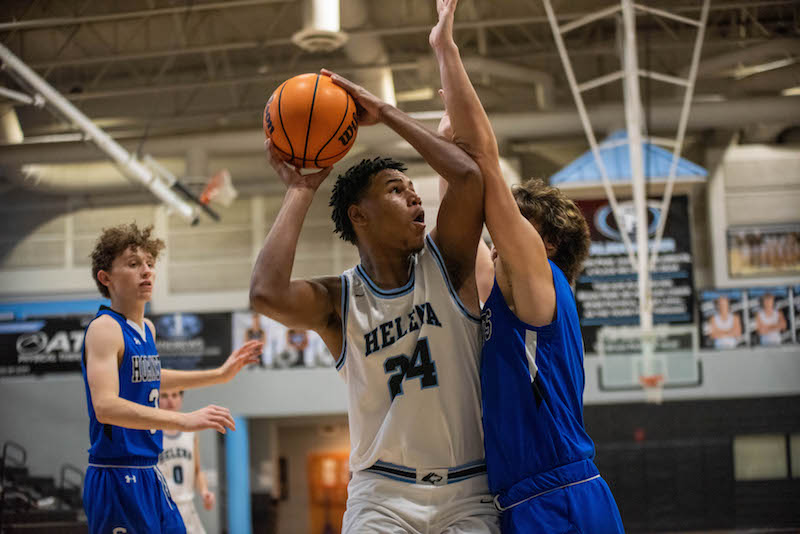 Helena head coach Billy Grant will retire at the end of the 2021-2022 basketball season and hopes thinks this year’s team is a special one to go out with. (File)

All four of those players scored at least 7.2 points per game, while Ethan Acosta will also return with a strong presence.

“He’s our five guy,” Grant said of Acosta. “He rebounds everything. He’s very physical in the post and his offensive game has gotten a lot better for us. He plays so hard.”

Acosta said it was an honor to be part of Grant’s last season as a head coach, and also noted what needs to be done to make it a special season.

“Playing together will be important for us to make sure we’re on the same page,” he said. “If we do the fundamentals and little things right, we’ll have a pretty good season.”

Satterfield will be the leading returner at the point guard position, and Grant is hoping for him to take on a bigger role this year.

“He is the one who really gets us going,” Grant said. “He started for us last year, but got injured right before summer, so he didn’t get a chance to practice during summer, but he’s getting back now. He’s the guy that makes us go. He handles the pressure well. When teams are pressing and trapping, he does a great job of finding open players.”

The Huskies will open the season on Nov. 16 with a home matchup against McAdory.