Scarecrows in the Park winners announced 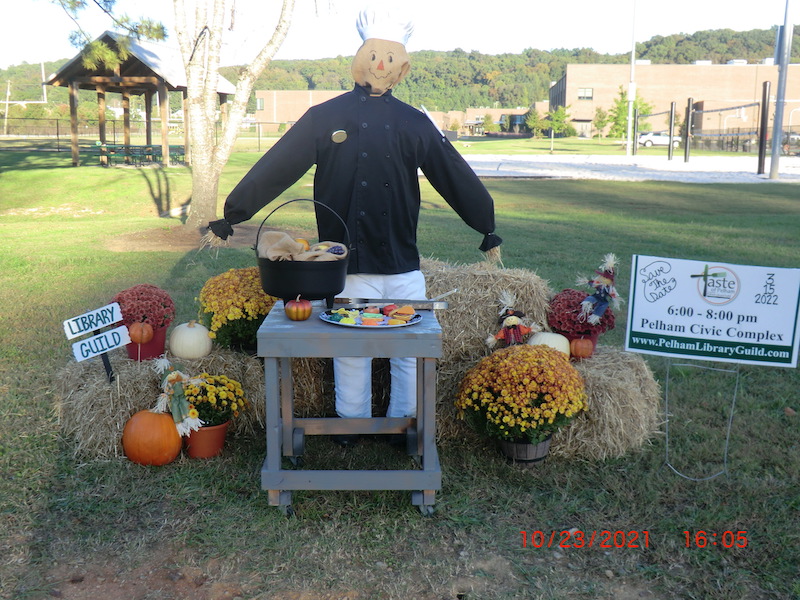 Pictured is this year’s first place winner of the Scarecrows in the Park contest: Pelham Library Guild’s “Taste of Pelham.” (Contributed)

PELHAM – The second annual Scarecrows in the Park contest proved to be yet another hit for Pelham parks and recreation. The event allows members of the public to assemble their best scarecrow and display it in Pelham City Park for a few weeks out of the fall.

According to Alicia Walters, assistant director of Parks and Recreation, the judges had a particularly hard time judging this year because the entries “all were so good.”

The winners were as follows:

The Taste of Pelham is a popular social event presented by the Library Guild to highlight the best of Pelham’s local cuisine. Due to the COVID-19 pandemic, the event has been canceled for 2021, but the Guild announced it will restart in March 2022.

All scarecrows are available for viewing until Nov. 7.