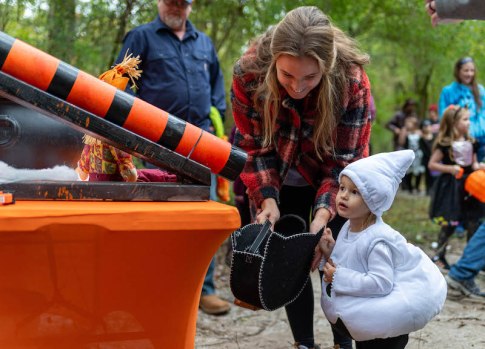 A family trick or treats during the annual Alabaster Fall Fest at Buck Creek Park on Saturday, Oct. 30. (For the Reporter/Neal Wagner) 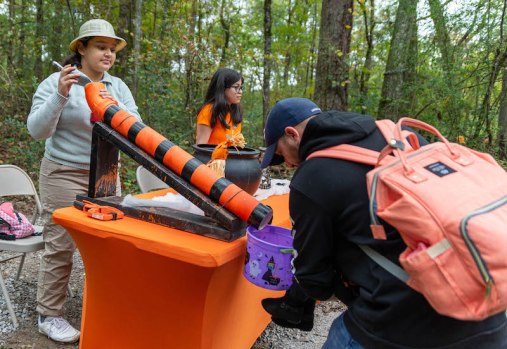 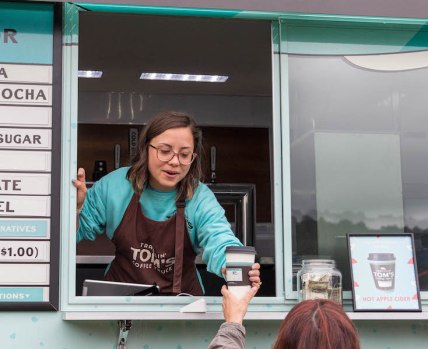 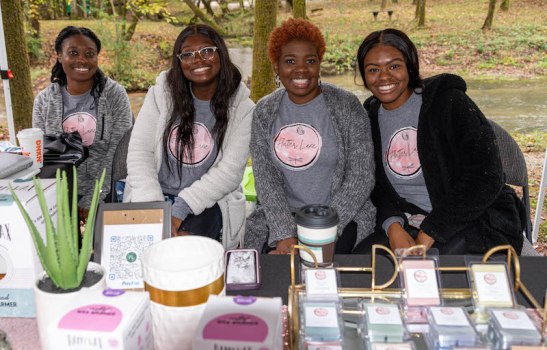 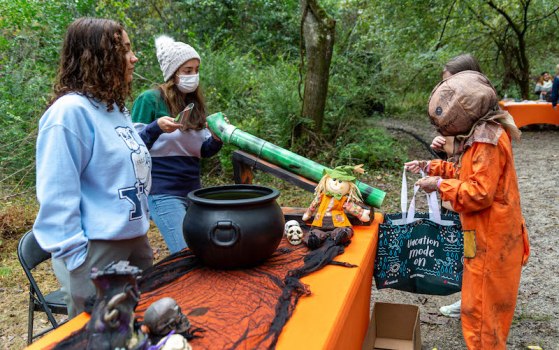 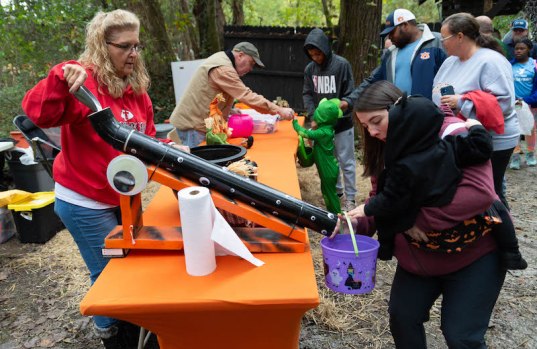 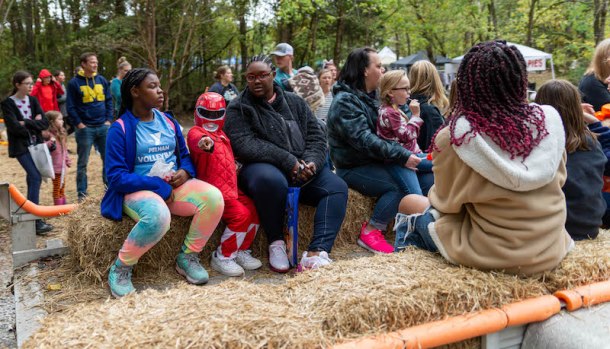 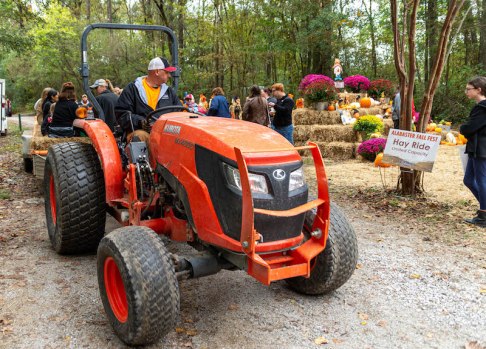 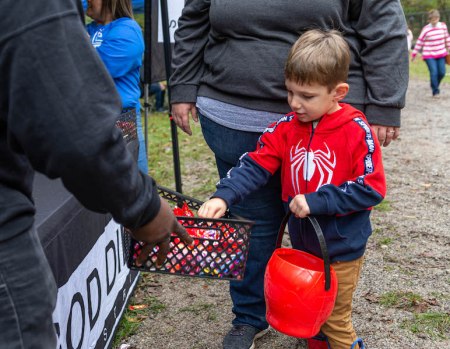 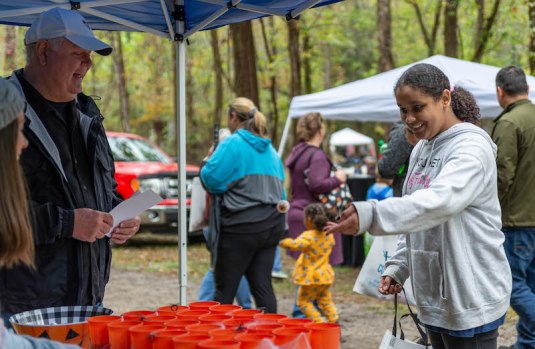 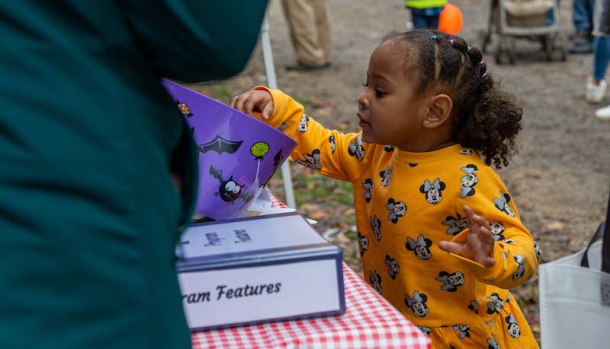 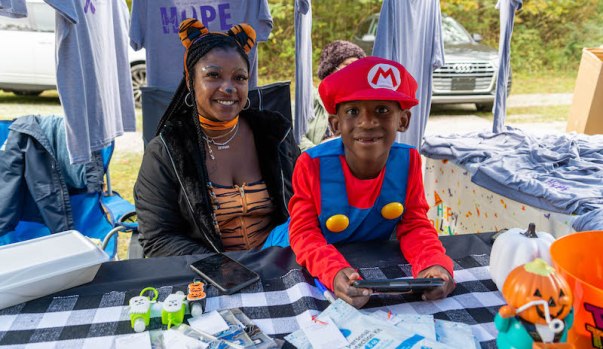 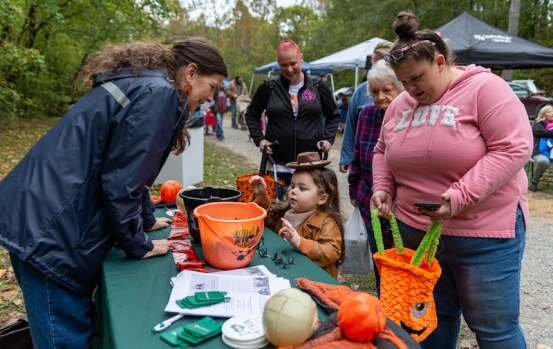 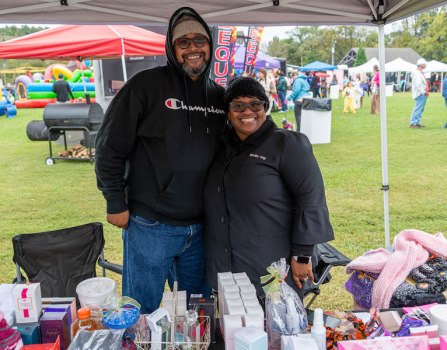 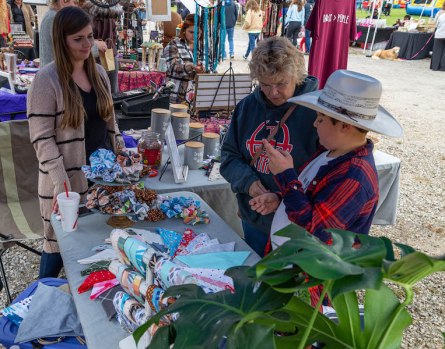 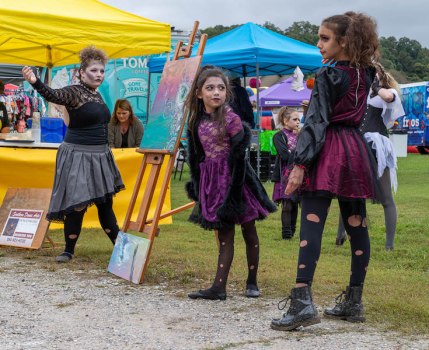 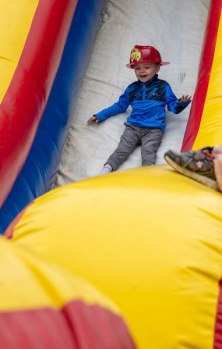 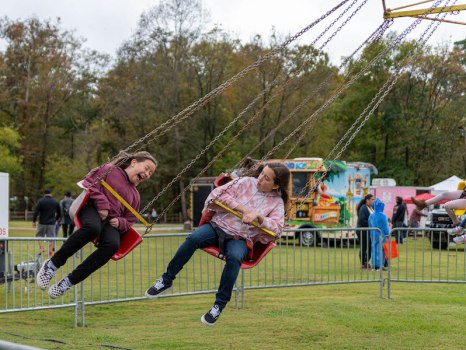 ALABASTER – The city of Alabaster celebrated the 13th annual Fall Fest on Saturday, Oct. 30, which marked the city’s largest attendance of the event to date and featured a variety of entertainment and more than 100 vendors.

Of this year’s festival, city of Alabaster Public Relations Manager Neal Wagner described community participation as among the highest since the festival’s founding. Even with rain intermittently throughout the day, Wagner said residents didn’t seem too deterred from enjoying the festival.

“The Fall Festival was a huge success. We had an incredible turnout all day,” he said. “The Buck Creek Trail and the Municipal Green near city hall and the Senior Center always provides a perfect venue for the festival, and this year was even better with the recently completed additional paved parking near city hall.”

The event began at 10 a.m. on Saturday morning with a host of family activities at Buck Creek Park. Throughout the day, attendees created arts and crafts, enjoyed carnival and hay rides as well as listened to live music.

A total of 107 vendors were present during the event with churches, local businesses, and nonprofit organizations comprising the group.

However, Wagner said the festival’s annual Trick-or-Treat Trail remained among residents’ favorite part as the community’s children were able to experience Halloween early and dress up in costumes to get candy.

“As always, the Trick-or-Treat Trail was a hit with the kids, mine included, and all the vendors I talked with said they had a successful day. It was great to see so many people out there having a great time,” he said.

Among other popular activities were pumpkin painting and the annual pumpkin hunt, which involved attendees searching for 20 pumpkins hidden throughout the park.

Wagner said one of the city’s next big events will be the Alabaster Christmas Parade in December. To stay informed about Alabaster events, visit the city’s Facebook page or Cityofalabaster.com.