Shelby County basketball team ready to bounce back this season 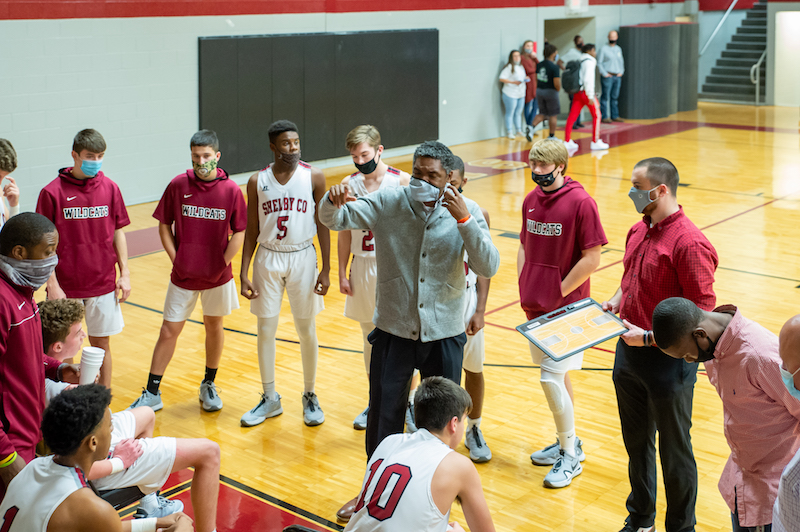 The Shelby County Wildcats will hope to bounce back during the 2021-2022 season with a more normalized year of preparation. (For the Reporter/Larry Dancy)

After enduring a tough year during the pandemic, Shelby County head coach Cedric Drake is ready for his Wildcats to take the court for the 2021-2022 season.

“Experience, I think, is the best teacher and because of everything we went through last year they’ll be good leaders for us this year,” Drake said. “We’re looking for a bounce-back year and we had high expectations for last year’s team, but this year we’ve got quite a few guys who have game experience and we’re just going to hit the ground running and get back to our roots.”

Getting back to their roots means getting up and down the court at a fast pace, and Drake believes he has the personnel to get the job done.

“I think we’ll be more athletic across the board and we’ll be able to speed the game up,” Drake said. “That’s my DNA, play fast offensively and apply good pressure defensively, and we’ll get back to some of that this year.”

Reclaiming that team identity will lead to the club to gaining the confidence they’ll need to win close games down the road. They’ll also have to trust the coaching staff to put the winning plan in place.

“Of course, being a competitor myself, that’s something I talk about with them all the time: just being competitive,” Drake said. “We always break the season up into stages. The first is an area championship and our goal is to be sitting at the top of our area this year. If we buy into our plan for this year, we’ll have an opportunity to do that.”

Two senior leaders for the Wildcats this season will be Damien Portis and John Michael Gay, who both spoke about leading their teammates and what they’ve been adding to their game in the offseason.

“We just have to lead the team. Playing varsity last year, we played a lot more with the seniors,” Gay said. “And now I know now it’s time to step up and make plays. I just have to work with my teammates. I’ve been working on my ball handling and my shot the most.”

Portis added that not only is leading key, but getting guys ready for the varsity level who haven’t experienced it yet.

“We also have to lead the young guys because there’s quite a few coming off JV and varsity’s a way different game than JV. I found that out last year,” Portis said, with a smile. “We just have to bring the team together and we can win the area. In the off-season, I worked a lot on my mid-range shot so I can have another option instead of driving in the whole time.”

Drake and his staff are challenging his team to get in great shape so they can defend the full 84 feet of the court. They’ll rely on three-point shooting and dribble-drive penetration into the paint to put points on the board.

He also said they’re thinking outside of the box in order to get their players more opportunities.

“We’ve been trying to hone in on not depending on offensive sets as much,” Drake said. “Sometimes, as coaches, we depend on that too much and the players become robotic so this year we’re going to be more read and react so they can play the game as it presents itself as opposed to looking over at the sideline.”

The Wildcats will start their season Monday, Nov. 15 at Childersburg.