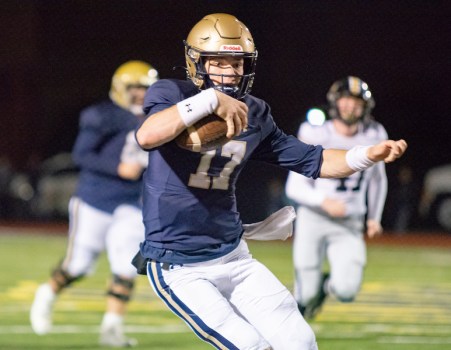 Christopher Vizzina runs in one of his three touchdowns for Briarwood in a 35-12 win in the opening round of the playoffs. (For the Reporter/Markee Canada) 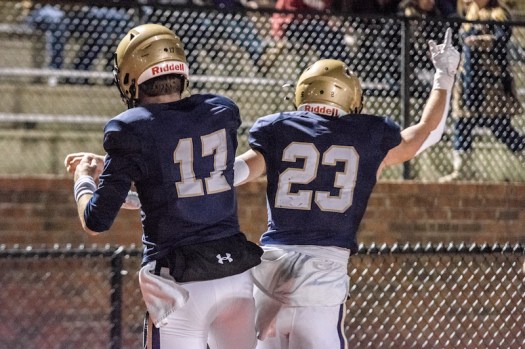 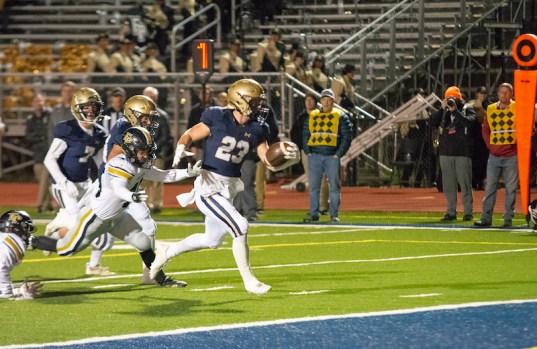 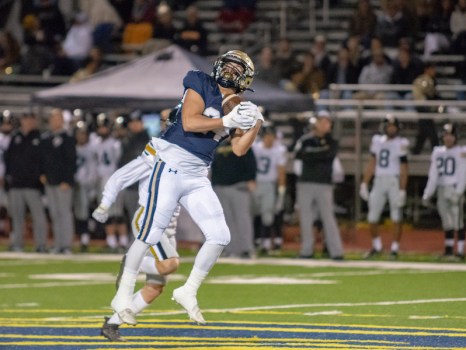 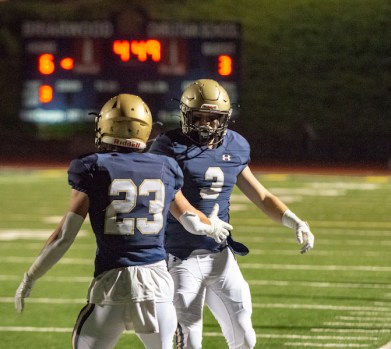 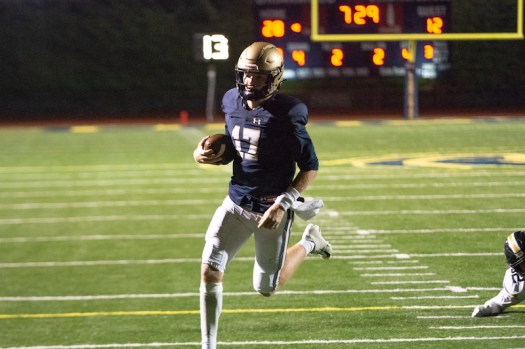 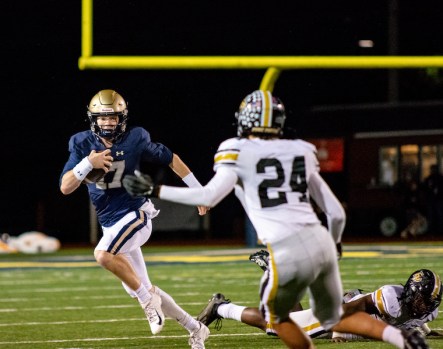 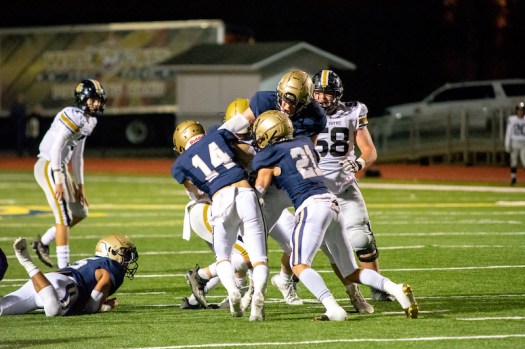 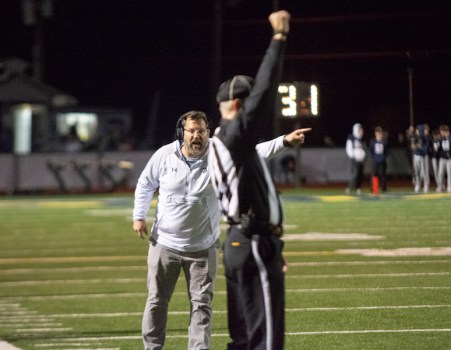 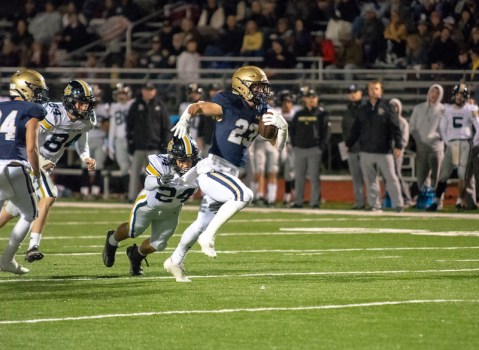 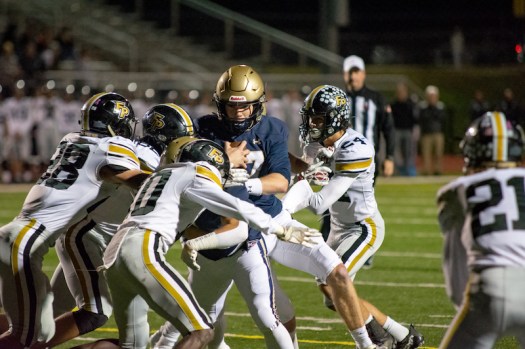 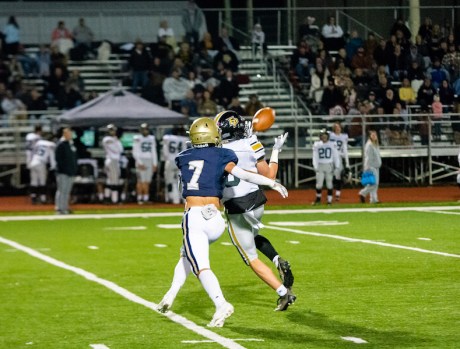 NORTH SHELBY – The Briarwood Lions turned their first-round 6A playoff game into a statement win on Friday, Nov. 5, topping the visiting Fort Payne Wildcats 35-12 to kick off the postseason.

“To play a quality team in the first round and to come out and do what we’re supposed to is pretty good,” Briarwood head coach Matthew Forester said after the game.

Briarwood’s defense came up big on the first drive with a third-down stop in the red zone, forcing the Wildcats to kick a 28-yard field goal.

The Lions offense answered the early 3-0 deficit with a 70-yard pass to Nicholas Dicen on third down, which eventually led to a rushing touchdown for Luke Reebals on a short run that put the Lions up 7-3.

Two drives later for the Lions, however, Reebals took over thanks to a fourth-down conversion run and a 14-yard touchdown run to put the Lions up 14-6.

The teams then traded touchdown runs to finish the first half scoring, with Darrell Prater punching it in from the 2-yard line and Vizzina running in his first scoring run of the half from 43 yards thanks to a big block from the offensive line to put the Lions in front 21-12 at the half.

The Lions opened the second half in similar fashion with another Vizzina touchdown run, this time from 17 yards out to make it 28-12.

Down by 16, the Wildcats strung together a long drive with hopes of getting on the board once more, but even two third-down conversions and a defensive pass interference couldn’t stop Grey Reebals from picking the ball off to give the Lions the ball back with two minutes left in the third.

Vizzina then notched his third touchdown run of the night off a 12-play drive, while Grey Reebals buried the Wildcats for good with his second interception of the night to seal off the 35-12 win for the Lions.

After the game, Forester said he was proud of the defense for “buying in” to what the coaching staff was preaching, as well as the offense for executing the game plan well.

“I think it’s the commitment of all the guys on the offense to focus in and know what they’re doing and then to execute it,” he said. “I mean, these games are an execution game, we know what they’re going to do, they’re not changing much, so to execute is a really important aspect of this, and that’s what the whole offense did tonight that I’m really proud of.”

Next up for the Lions is a second round clash with No. 1 Clay-Chalkville, who took care of business against Decatur, 42-0, on Friday night.

Forester was confident that the Briarwood team he will take on the road next week is the best possible version of themselves.

“Our goal in the next round is to play as absolute best we can,” he said. We need to be peaking at the right time, and I think we are, so to be able to play a team like Clay in the second round is a great challenge, but it’s something that we’re looking forward to.”