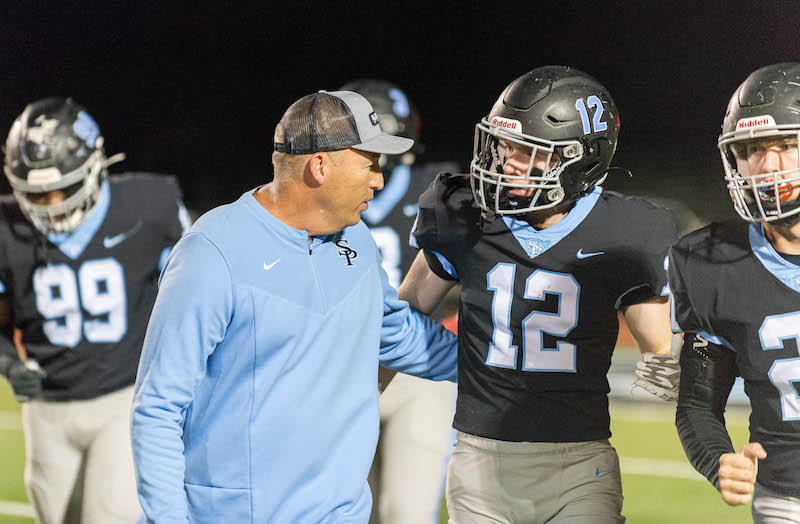 Spain Park head coach Shawn Raney resigned from his position on Thursday, Nov. 4, leaving the Jaguars' head coaching job vacant for the first time since the end of the 2012 season. (For the Reporter/Neal Wagner)

HOOVER – For the first time in nine years, the Spain Park Jaguars will be looking for a new head football coach after Hoover City Schools confirmed rumors on Friday, Nov. 5, that Shawn Raney had resigned from his position as the Jags’ head coach.

“Coach Raney has done an excellent job serving SPHS students and the community, and the administration would like to thank Coach Raney for his dedication to the school and the football program,” read a release from Hoover City Schools. “The school wishes him success in his future endeavors.”

Raney was the longest-tenured and winningest coach in program history, serving as the team’s head coach since 2013 following several stints as an assistant coach, including at both Hoover and Oak Mountain high schools as well as several colleges.

In his time at Spain Park, he led the Jags to a 54-43 record, a state championship appearance and the school’s first ever wins against rival Hoover (twice in the same year).

The Jaguars, however, hadn’t won more than four games the last four years and have missed the playoffs each of those years.

This year, Spain Park finished the season 2-8, which marked the worst record in the school’s history. The team won its opener against Huntsville to start the season before losing seven in a row.

The Jags, however, did give Raney one last win during the second to last week of the season with 35-7 win against Tuscaloosa County.

Despite the recent struggles, Raney still had 30 more wins than the next-closest head coach in school history, which is Vince DiLorenzo, the school’s first head coach, with 24.

Raney was also one of the highest-paid coaches in the state, making more than $100,000 after his coaching supplement.

The school system said a search for Coach Raney’s replacement will take place in the near future.