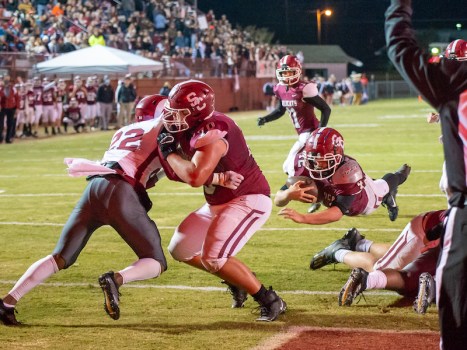 The Shelby County Wildcats fell to Faith Academy in the opening round of the playoffs on Friday night, Nov. 5. (For the Reporter/Larry Dancy) 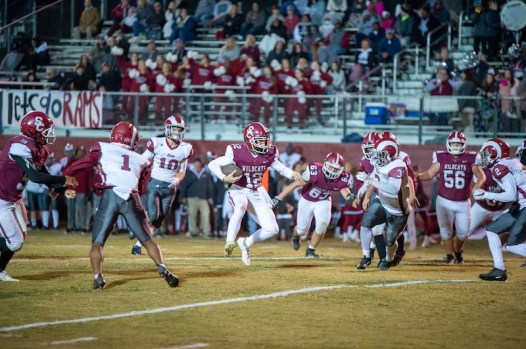 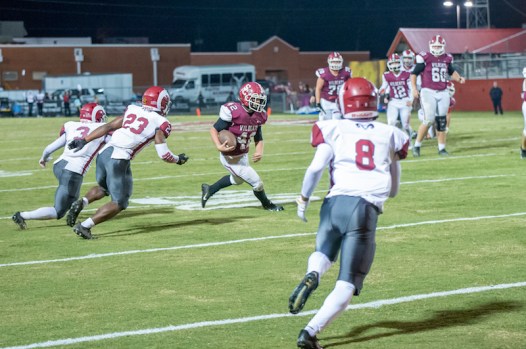 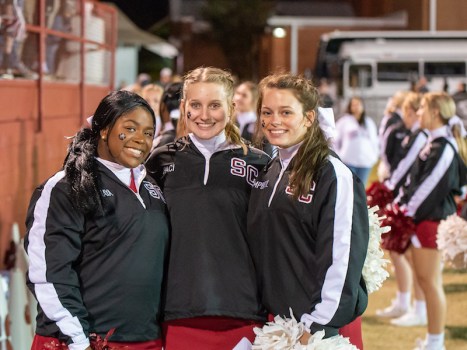 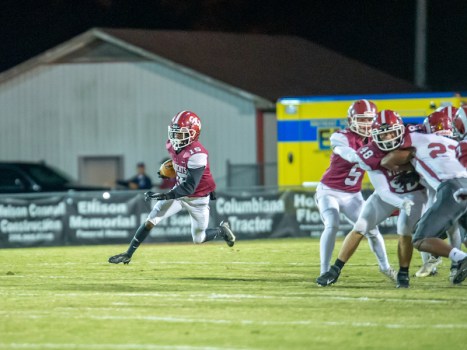 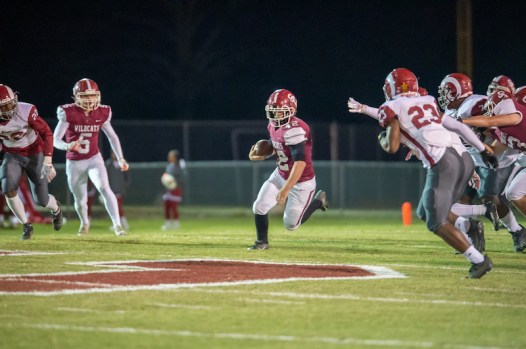 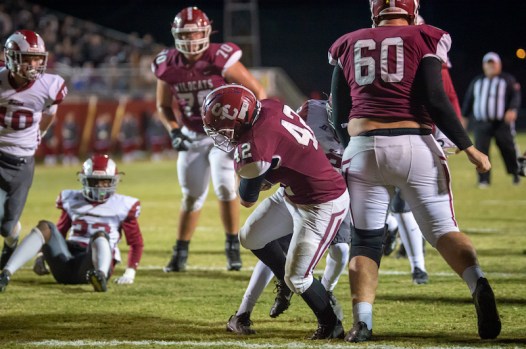 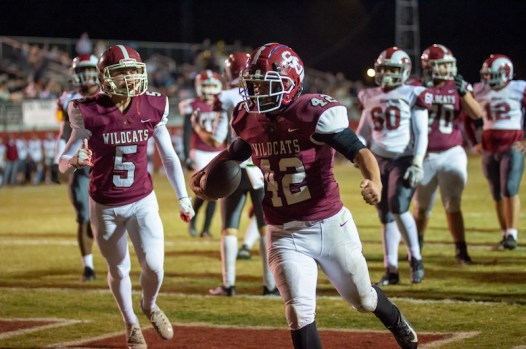 COLUMBIANA – Shelby County could not sustain a 14-7 second-quarter lead and fell at home, 42-14, to Faith Academy in the first round of the Class 5A state playoffs on Friday night, Nov. 5.

The Wildcats (5-5) struck first with 5:59 remaining in the first quarter on a run by Bradley Horton to make it 7-0.

Faith Academy (6-4) answered about a minute later to tie the game on a 45-yard pass from Colton Wood to Tyrell Dotson, but SCHS took the lead again shortly into the second quarter on the strength of its running game and another Horton rushing TD.

An onside kick recovered by the Rams set up the visitors with good field position, and they took advantage with a touchdown run by Christian Burnette, though the point-after attempt was blocked, leaving the Wildcats with a 14-13 edge.

Next it was a Faith Academy interception by Jaeden Simmons that gave the visitors a short field, and Burnette took it in. A successful 2-point conversion made it 21-14, which was the score at halftime.

Another onside kick recovered by the Rams set up a touchdown pass from Wood to Tynean Goodwill and a 28-14 lead.

Shelby County could not get its offense in gear in the second half, and Faith Academy put the game away with scores late in the third quarter and late in the fourth quarter.

The Wildcats finished the season with their first home playoff game since 2009 under first-year head coach Zeb Ellison.